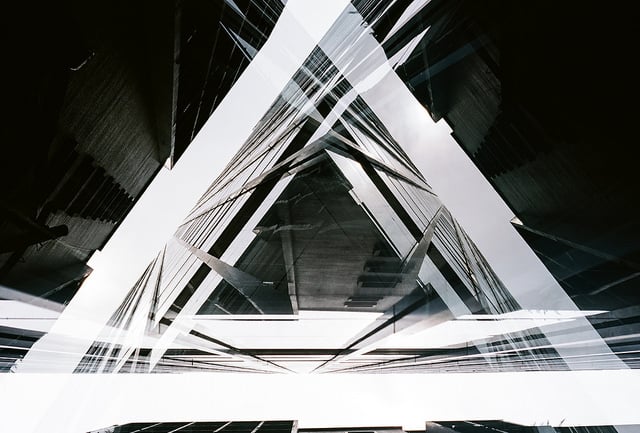 Photographer Hayden Williams made this abstract photo by shooting a triple exposure with his Canon AE-1 and FD 50mm f/1.8 lens. It’s an idea you can do entirely in-camera.

“Whenever I’m down to my last few shots on a roll, I usually take crazy experimental multiple exposures,” Williams writes. He’s had ideas for triple exposures for a while now, and he finally decided to try it out on a street in Hong Kong.

“First, to adjust for the three exposures, I tripled the ASA speed to 300 on my camera,” he tells PetaPixel. He was shooting with Kodak Ektar 100 film.

“This is essentially the same shot just taken three times. I was in an alleyway between two large buildings and took a shot of the sky three times, rotating the camera each time I took the shot. I made sure the same side of the building would face the inside of the frame each time.”

Williams says he’s pleased with the way the resulting photo looks like something fit for an album cover. He titled this photo “Three.”

Image credits: Photograph by Hayden Williams and used with permission

Watch ‘Grab a Hunk of Lightning,’ A PBS Documentary About Dorothea Lange