I took a trip to Iceland this past March, but weather wasn’t the greatest while I was there. We encountered a few blizzards, and I took some photos to see what I could recover from them. Adobe recently announced a Dehaze tool for Photoshop CC and Lightroom CC, and I wanted to know how well it could recover image data from a blizzard — which could be considered be an extreme version of haze. After trying the slider on my images, I’m very impressed!

All we see is a nasty blizzard and the vague shape of a mountain in the background. The colors of the house aren’t clear either. Now here’s the Dehazed image at +90 without any other edits or raw filters applied: Notice how the colors of the house and details of snow and rock from the mountain emerge after Dehazing.

Now here’s a much more extreme photo of a blizzard in the same area. Notice how this image shows almost nothing but a vague shape covered by a blizzard: I then applied the Dehaze filter at +90 (no other raw adjustments), and the details recovered are just spectacular! 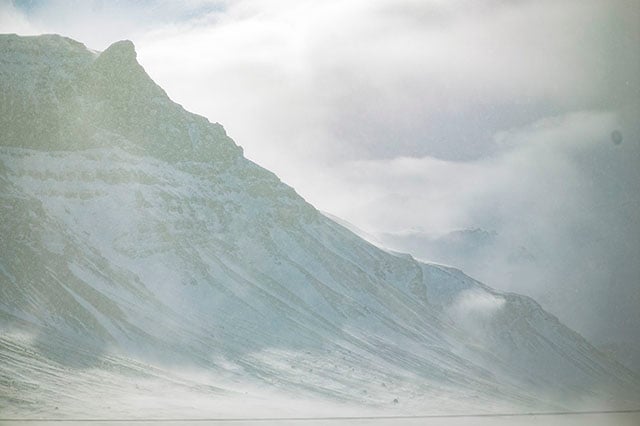 About the author: Bimal Ramdoyal is a software developer and a photography enthusiast based in Canada. You can find his photography and writing on his website and blog. This article was also published here.