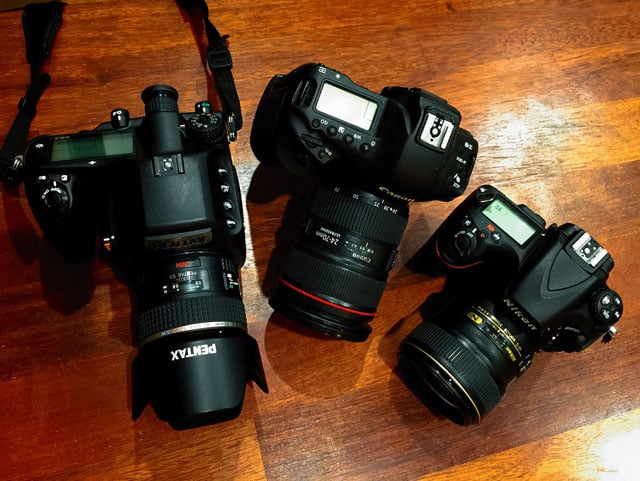 In this article, I’m going to share a simple comparison between photos taken with the Canon 1D X, Nikon D810, and Pentax 645z. First things first, this is not a scientific or carefully done test. Don’t read too much into it!

This was just because I happened to have all 3 cameras here, and had a bit of time spare. And I like playing around with camera gear.

The most important thing to note is I didn’t have the right lenses to do a really fair comparison. This is just for curiosity to see how a similar picture would look coming out of each camera.

The Nikon is using a Nikon 35mm f/1.4, and the Pentax is using a Pentax 55mm f/2.8. The Canon is at the biggest disadvantage, with a Canon 24-70mm II lens shooting wide open. The 24-70 is an outstanding general zoom lens, but it’s not really fair to compare it wide open to two other prime lenses.

Anyway, with that out of the way here we go.

First up is just a look at how the images look generally. A suitable wife was located and dragged along.

I don’t normally use a 35mm lens for portraits but again, it’s all I had here. So the Nikon has it’s 35mm, the Canon 24-70mm is set to 35mm, and the Pentax with it’s 55mm is equivalent to roughly a 43mm so I took a small step back as well. I wasn’t on a tripod, so the framing is not identical, but close enough.

These images are completely untouched and auto white balance. Of course you can make the colours anything you want. All lenses are set at 2.8. The ISO varied slightly over each camera but was pretty low.

First we have the Canon (you can click any of these photos to see a larger version on Flickr). 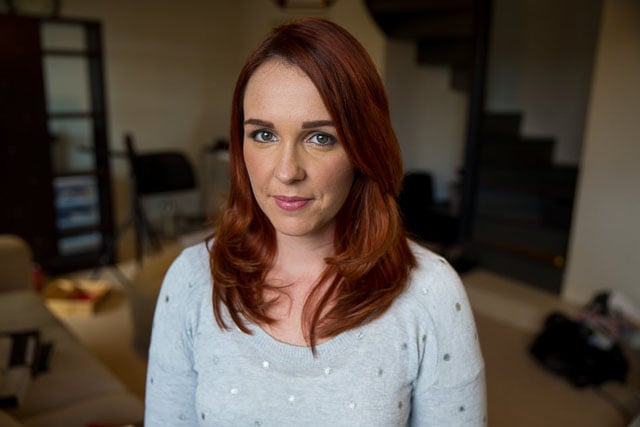 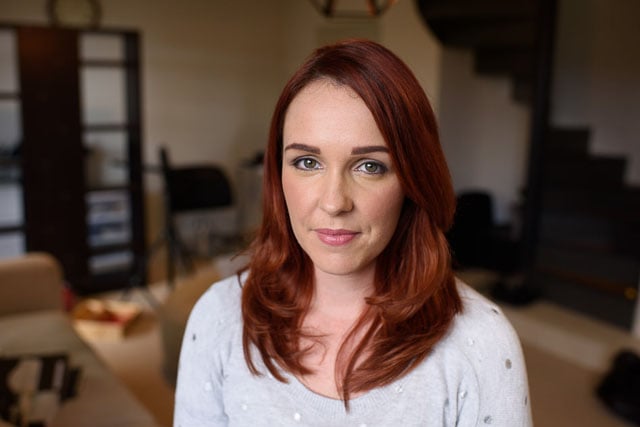 And now the Pentax. 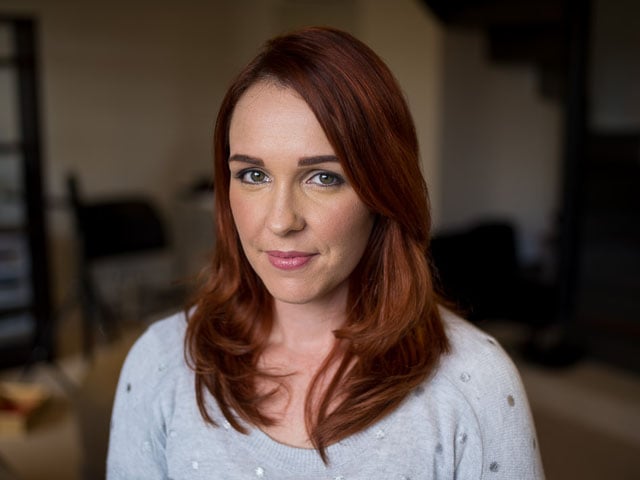 Next, we went outside just a few steps away and did the same. 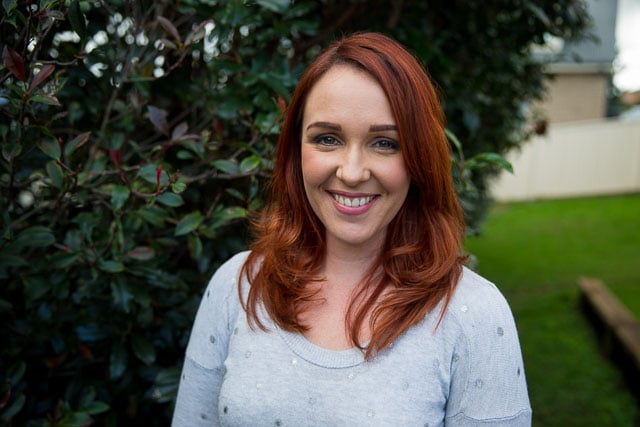 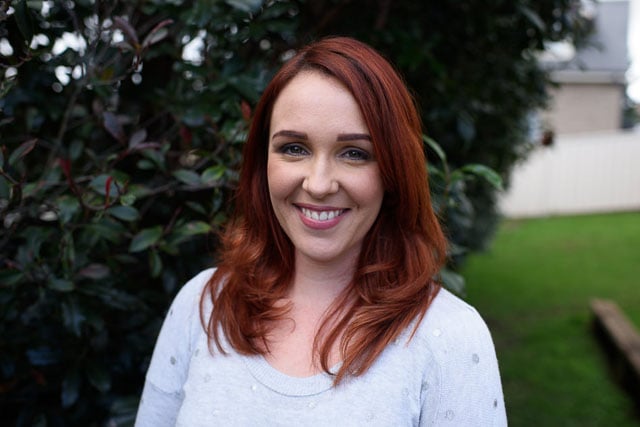 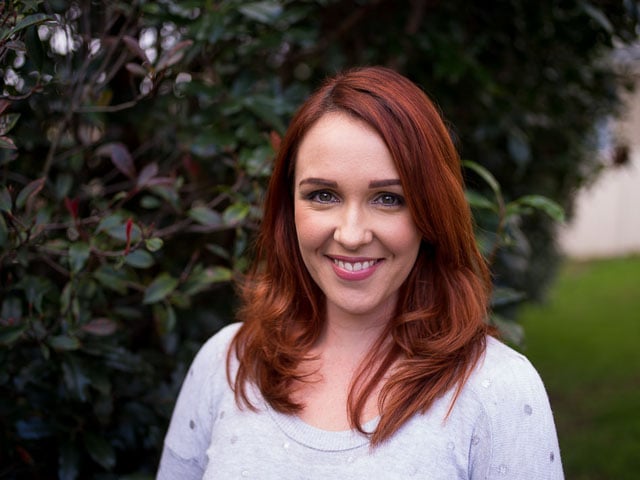 So out of all that, my personal conclusion is that the Canon probably gets the nicest colors straight out of the camera. I like the overall look of the larger sensor Pentax more than either the Canon or Nikon. The medium format ‘look’ is something that is hard to describe but I think is pretty clear to most people in these quick test shots. If this was a wedding and I was doing a proper edit of course I would go through and get the colors spot on.

If I posted 100% crops here my wife would kill me. But to summarize from looking at the files at 100%, the Pentax is a clear step above the other 2 cameras with the most ridiculous amount of facial detail rendered at 100% view. The D810 does well, but does trail significantly behind the Pentax. The 1D X did very well considering it was using a zoom lens wide open. I would think D810 would compare better sharpness-wise to the Pentax with different lenses such as the lovely Zeiss Otus 55 or 85mm. But as it is with the 35mm f/1.4, there is a fair gap. I’ll do a small aperture test later in this post.

Basically the 1D X and the D810 were a lot closer together than the D810 was to the Pentax.

Next we have the high ISO test.

The room was deliberately dim. 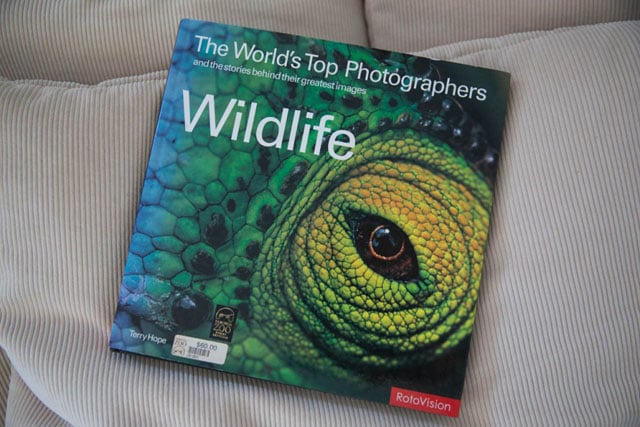 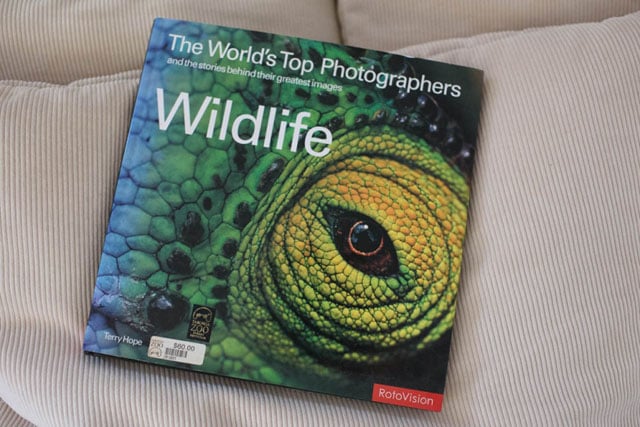 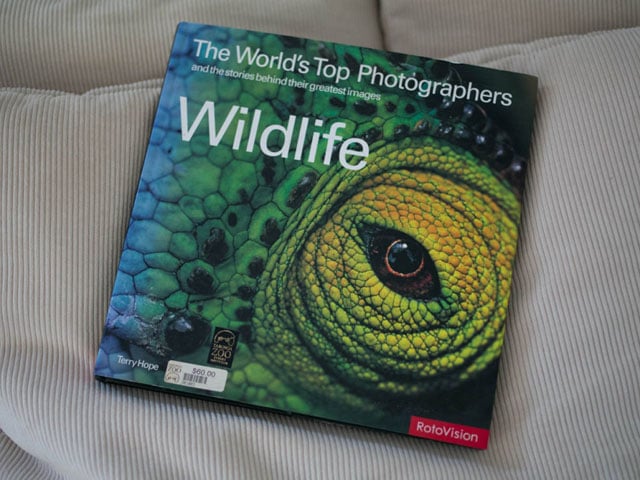 At this size, they all look pretty similar. So we need 100% crops to really see. It’s hard to frame these identically with the different file sizes and lenses. 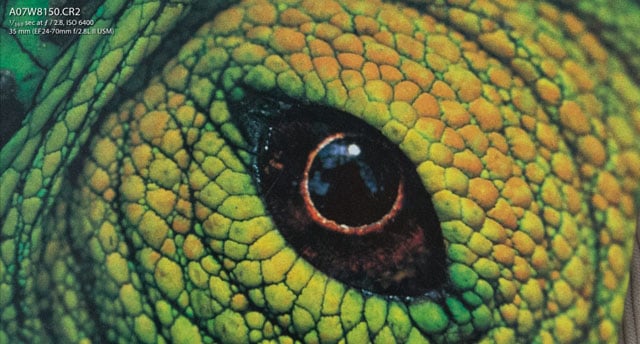 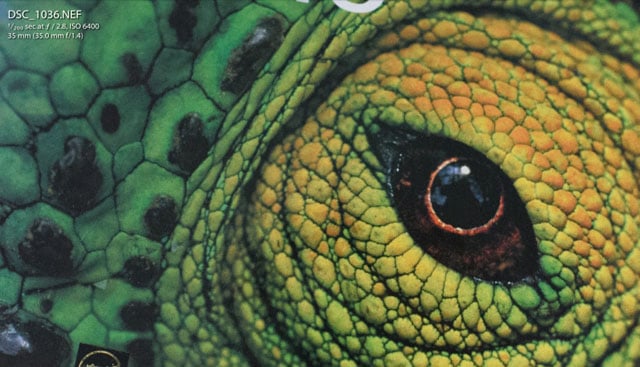 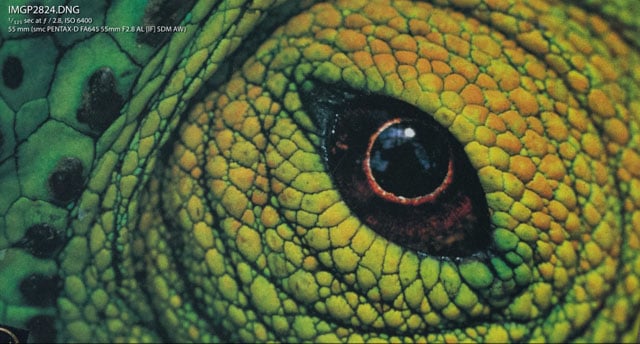 My conclusion on this is the noise levels on the Nikon are incredible. It’s not far from noiseless at ISO 6400. Truly incredible stuff.

The Pentax is surprisingly well. Until recently, medium format was pretty much unusable above ISO 400 and took a huge resolution hit if you did go over 400. These days, to have a 51MP medium format body that produces very good and detailed high ISO work is just amazing, and it’s a reason why I can use this camera very effectively at weddings.

The Canon obviously trails by a fair way here, but it still produces a decent result — remembering, of course, the 1D X is a few years old now. I still regularly print files from this camera in wedding albums at ISO 6400 and a bit higher, and the noise will often be greatly diminished on print. I would also run some noise reduction over this file in my editing process, but haven’t here.

The next test is the dynamic range at high ISO. Both of these shots were f/2.8 at ISO 1600. The Pentax was not used here. This is just Canon against Nikon.

A suitable baby was located. I put her on a dark couch, with a window behind her to push the dynamic range a bit. 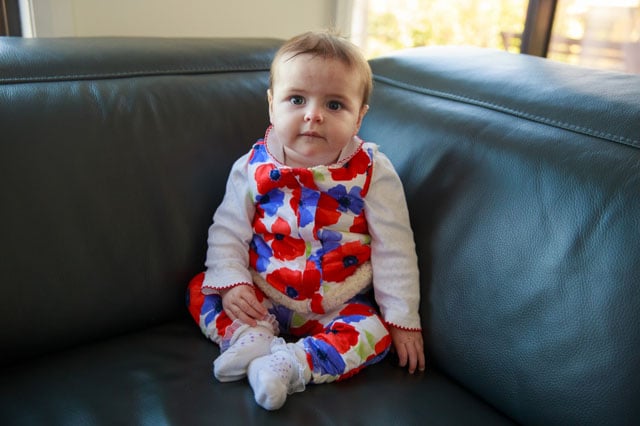 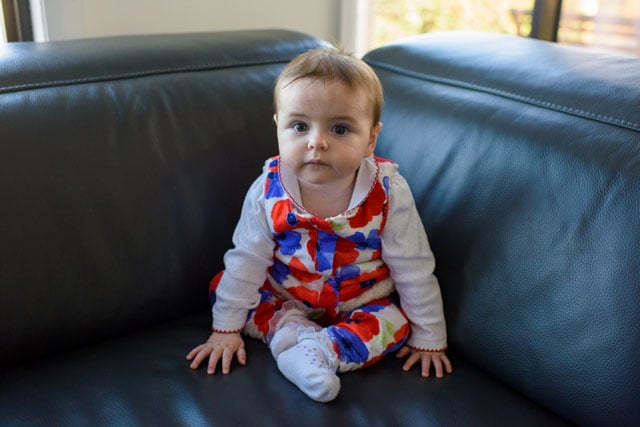 There’s a tiny difference in the window in the background, but not much difference to my eye. Let’s go outside and do low ISO. 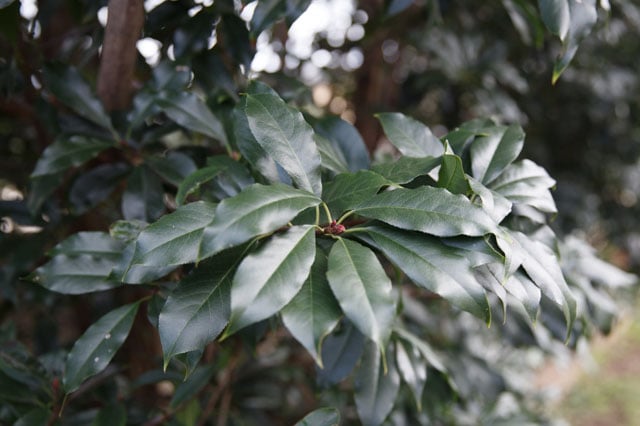 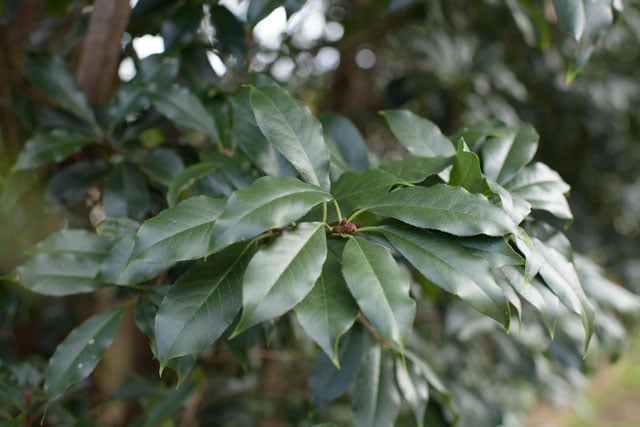 There in the leaf shot you can see the dynamic range of the Nikon. The Canon is clipping highlights a bit on the edges of some of the leaves, the Nikon is not. But indoors, the dynamic range was near identical. So as far as I can tell, there is a difference in low ISOs between the cameras, but it becomes a much more level playing field dynamic range wise once the ISO starts getting high.

Lastly, here is a resolution test. It’s a bit pointless including the Canon here as the files are so much smaller it’s hard to really compare.

As a wedding photographer this is a spectacularly useless test — I put colors and dynamic range and how a camera handles well above how many pixels it has. But I know some people will be curious, so here it is!

Both cameras are at ISO 100, f/11 and on a tripod with 2 sec self timer on. Manual focus with live view. 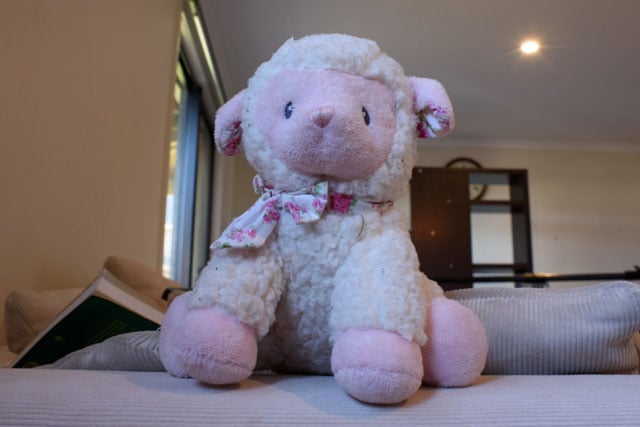 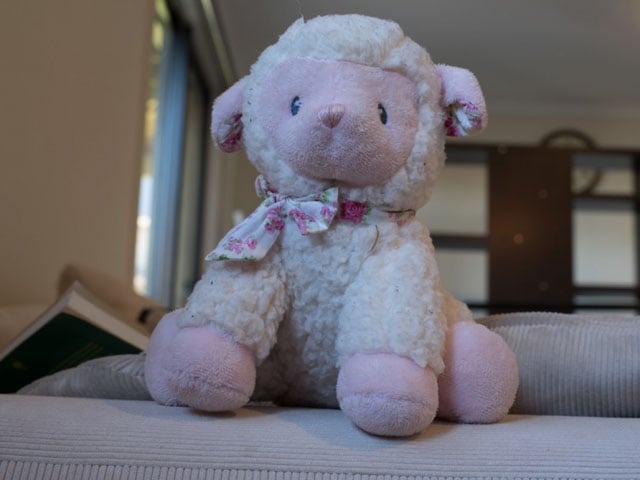 Here are the crops — this is just a screengrab of Lightroom in the 1:1 view. 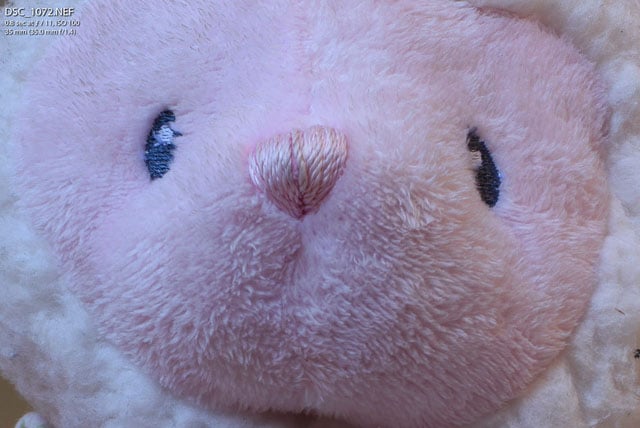 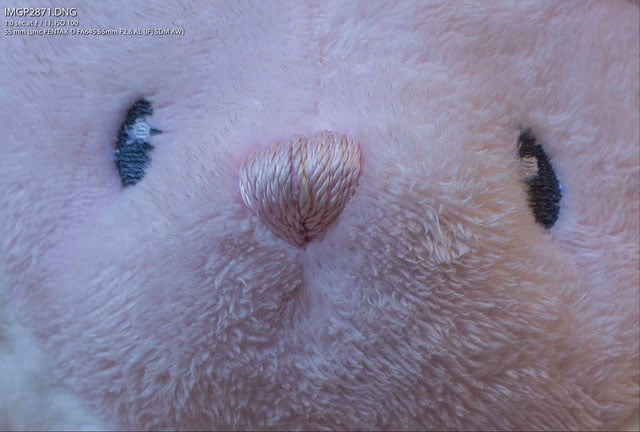 It’s hard to tell the detail difference from those small jpegs, so I’ve put the raws here if you would like to have a look.

So the Nikon here is certainly not bad, but there is a noticeable difference to the Pentax. Given the Nikon costs about 35% of what the Pentax costs, it’s not a bad result. I actually thought the Nikon would do a bit better and retook the shot a few times to make sure but that was the consistent result — at least with this lens.

The Pentax 55mm used in those teddy shots is a very good lens, but it’s far from the sharpest available. I have a 35mm that is a big step up in sharpness from the 55mm but did not use it as the framing would be too different to the Nikon 35mm — it’s essentially a wide angle lens in medium format.

The D810 is a noise monster, but for all practical intents and purposes for a wedding photographer I wouldn’t say there is a huge difference over a 1D X or a 5D Mark III (the 5D is near identical to the 1D X picture wise).

I tried out the D810 out of curiosity to see if I was tempted to switch the Canon gear over, as there is a lot of noise in the photo world how in the digital SLR side of things that Nikon has a clear edge. As it turns out, I wasn’t tempted to switch, but the D810 is a GREAT camera and would be a fantastic choice for anyone either starting out or already in the Nikon camp.

For existing Canon owners who mostly shoot people/weddings, I’d advise holding on. The D810 most clearly has a noise advantage, but the Canon is still very good at ISO 6400 and with f/2.8 or faster glass and on/off camera lighting, there’s rarely a reason to need higher in our line of work — at least for me.

About the author: Gavin Cato is a wedding photographer working in Wollongong and Sydney, Australia. You can find more of his work on his website. This article was also published here.

Three of Saturn’s Moons Captured in One Photo

Photographer Turns Her Rejection Letters Into a Book