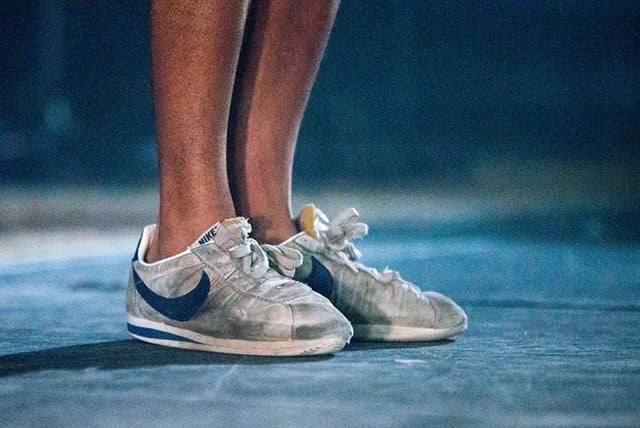 How much can you tell about an artist from the shoes they wear on stage? Florida State University student newspaper photo editor Matthew Paskert has been trying to find out. His project “A Shoe Piece” consists of close-up photos of shoes worn by famous musicians, comedians, and personalities while they’re standing in front of large crowds.

The shoes above were worn by rapper Childish Gambino (AKA actor Donald Glover) during a performance in Tallahassee, Florida, on April 4th, 2014.

“Every shoe tells a story as it has walked the same steps as he who stands within it,” Paskert writes.

P.S. Last fall, Paskert covered the campus shooting on his campus, working a 23-hour shift and getting interviewed by major news organizations around the world (e.g. CNN, BBC, NBC). You can find his images from that day here.

Image credits: Photographs by Matthew Paskert and used with permission