The short film above, titled “Denali,” is photographer Ben Moon‘s beautiful and touching tribute to his dog Denali, who passed away last year at the age of 14. It’s a story of love and friendship, creatively told from Denali’s perspective.

Based out of Portland, Oregon, Moon originally adopted Denali from the pound back in 1999. The two then spent years traveling around in Moon’s Subaru wagon, photographing everything from nature to surfers. 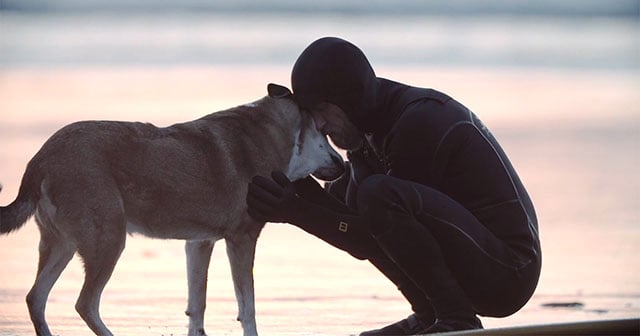 When Moon was diagnosed with stage 3+ colorectal cancer back in 2004, Denali stood by his bedside and encouraged him through dark, chemo-filled days until the photographer won the battle. When Denali was diagnosed with cancer in 2014, Moon was able to return the favor, but Denali wasn’t able to overcome the disease in his old age — he passed just a month later.

Now, months afterward, Moon has transformed a collection of photos and footage into a commemoration of the friend he lost.

(via Felt Soul Media via The Daily Beast)