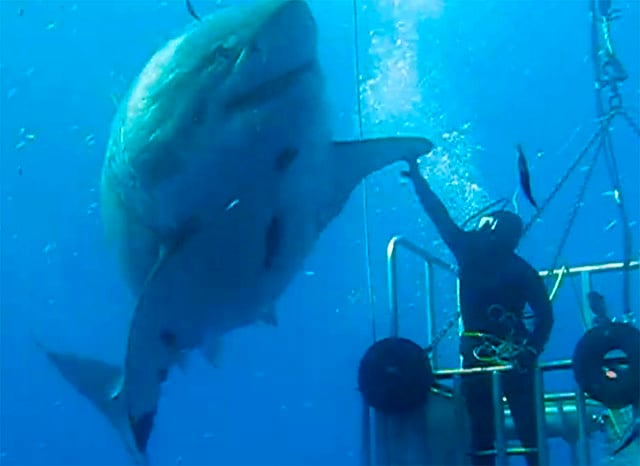 Back in 2013, researcher Mauricio Hoyos Padilla and a Discovery network group of filmmakers and photographers paid a visit to Mexico’s Guadalupe Island, where dozens of adult great white sharks congregate every year. During the expedition, they came across one of the largest great whites ever captured on camera: a female shark measuring over 20 feet long.

The shark, which the team nicknamed “Deep Blue,” was featured in a segment on the Discovery Channel last year. While going through his computer this past week, Padilla found a 50-second-long behind-the-scenes clip of the team observing and photographing the shark with an underwater cage:

The photographers in the cage were relatively protected from Deep Blue, but one of the divers decided to get on top of the cage and give the shark a high five as it swam by. Luckily for those in the cage, Deep Blue did do slow passes to pose for some closeups: 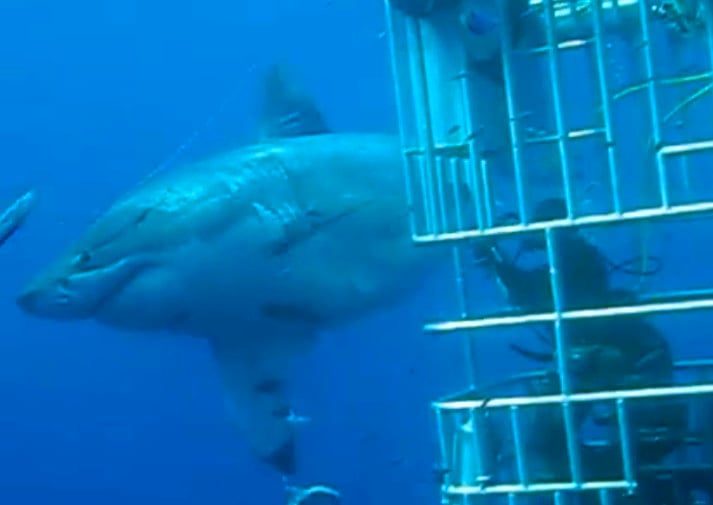 (via Mauricio Hoyos Padilla via GrindTV)