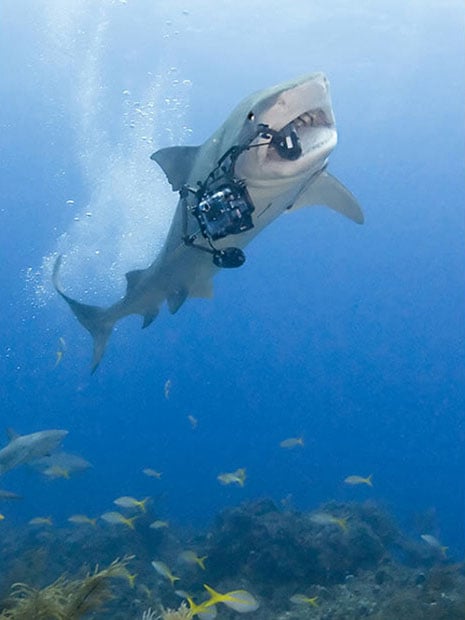 What’s with underwater photographers getting mugged by large sea creatures these days? Dutch photographer Karin Brussaard was doing ocean photography off the Bahamas recently when a 7-foot-long shark decided to grab her DSLR camera rig and swim off. Luckily, like the other animal thieves we’ve written on in the past, the shark decided to drop the rig a little while later relatively undamaged. What’s even cooler is that they managed the capture the above shot of the klepto shark.

P.S. Tiger sharks are the second most dangerous shark to humans after the Great White.

PhotoRocket Boils Desktop Photo Sharing Down to a Few Clicks