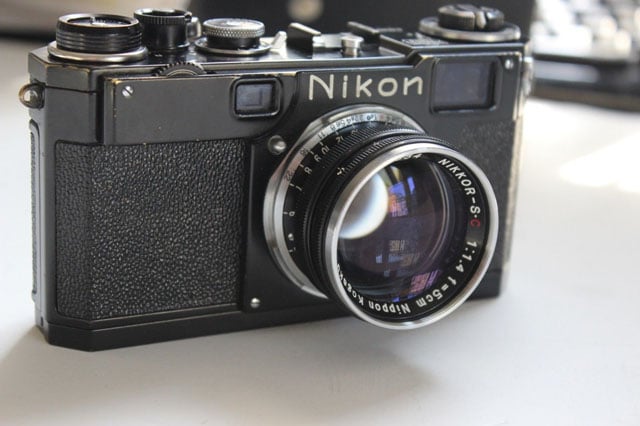 First introduced back in December 1954, the Nikon S2 is Nikon’s most common rangefinder camera with more than 56,000 produced. The highly-regarded camera still sells for $300 and up these days through sites like eBay — well, the silver version, at least.

If you own or ever come across a black version of the camera, don’t let the simple difference in color fool you into thinking it’s the same thing: that camera may be worth 50 times as much!

Over on eBay, there’s currently a listing for an all-black Nikon S2 with a hefty Buy it Now price of $15,900. 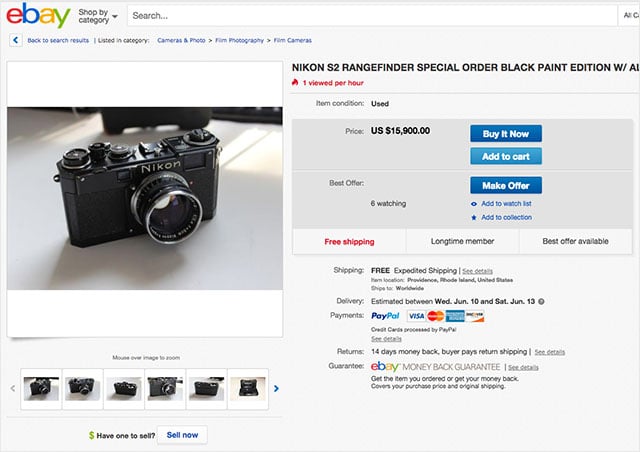 “This camera also has black dials and black range dial, which makes it even more scare,” the seller writes. CameraQuest writes that four versions of the black S2 were made:

The later black S2 Black Dial seems much harder to find than the Chrome Dial version […] How can you tell the difference ? Notice the focusing scale is in black and chrome instead of all chrome, and shutter speed dial has a chrome rim around the edge, instead of no rim on the Chrome Dials. Another point is the serial number: Black Dials started at about 6180000.

The serial number of the camera on eBay is 6180630, which seems to confirm that this is a very rare Nikon camera indeed. Here are some photos of the eBay unit: 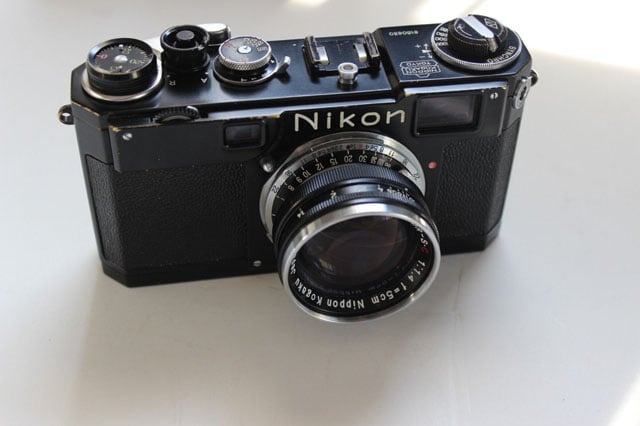 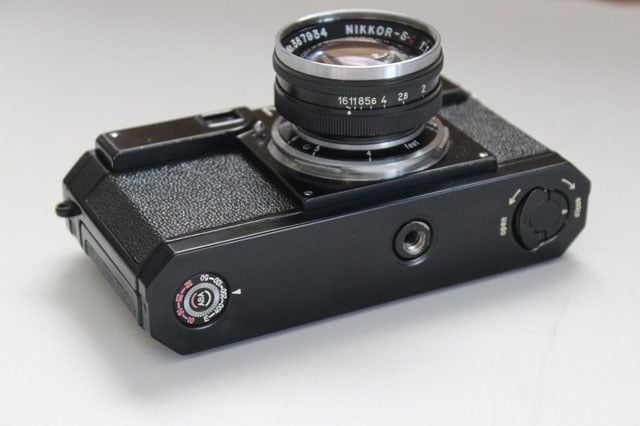 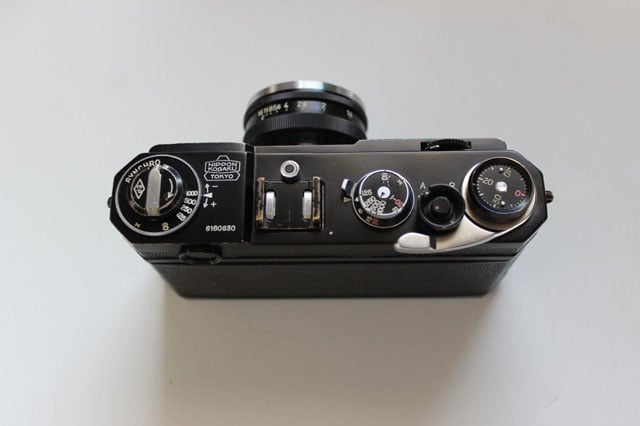 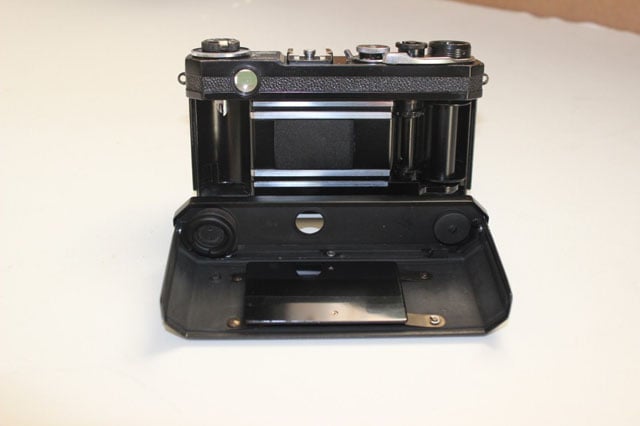 Head over to the eBay listing if you have $15,900 to drop on this rare Nikon camera.