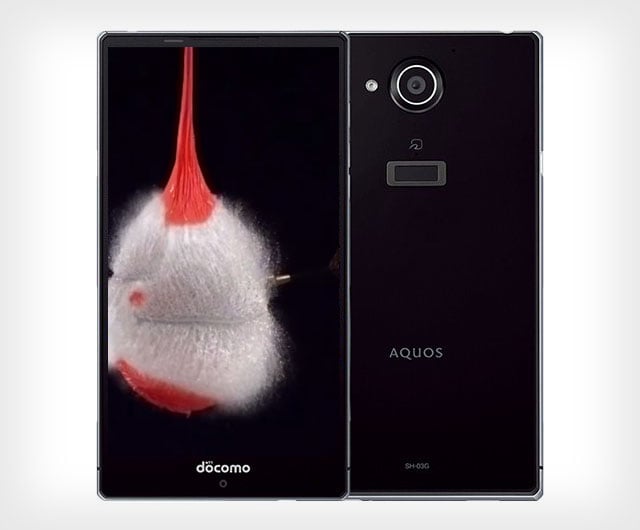 Sharp may not be the most popular kid on the block when it comes to smartphone manufacturers, but the company is working hard to offer features that other phones don’t have. For its latest Aquos smartphones, Sharp has added 2,100fps slow-motion playback. It’s being called the world’s highest-rate super slow motion playback for smartphones.

First off, there’s one big caveat: this frame rate is for playback, not recording. The phone’s camera can record footage at only 210fps in 854x480px resolution (FWVGA) or 120fps in full HD. Once the footage is captured, users can use the phone’s new frame compensation technology to view the video at an artificial 2,100fps for FWVGA or 1,200fps in full HD.

Basically, Sharp’s new feature uses interpolation to insert 10 slightly adjusted copies of frames alongside the frames, “faking” the look of footage that was actually shot at 2,100 or 1,200 fps. Here are a couple of sample videos showing what you can achieve:

This feature will appear in new Sharp Aquos Zeta, Xx, and Serie smartphones that will be hitting Japan’s mobile networks in the coming weeks. No word yet on if or when these phones will make their way abroad.

Chris Burkard on the Joy of Photographing Surfers in Freezing Waters