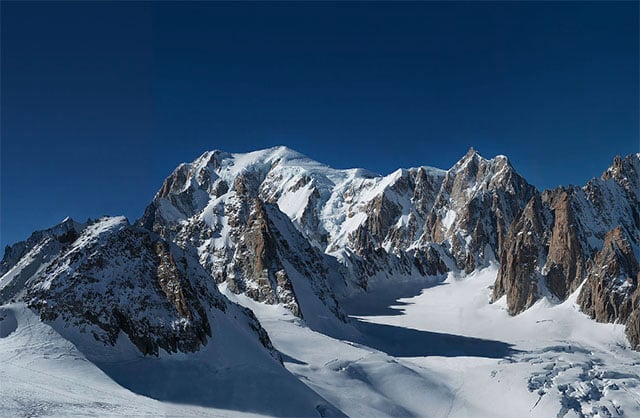 Say hello to the new largest photo in the world. An international team led by photographer Filippo Blengini has published a gigantic panoramic photograph of Mont Blanc, Europe’s highest mountain. This new record-holding image weighs in at a staggering 365 gigapixels.


The photo is 45 gigapixels larger than the previous record-holder, a 320-gigapixel shot of London that was published back in 2013. This is what the entire Mont Blanc photo looks like when zoomed all the way out:

Here’s a 100% crop of climbers on the distant mountain face near the center of the frame: 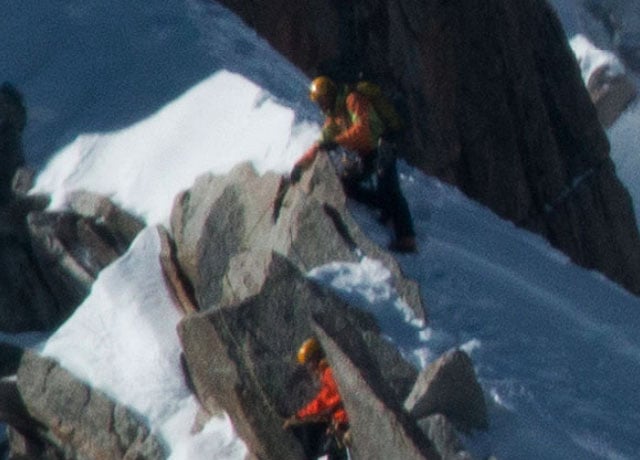 inwhite by Filippo Blengini on 500px

Post-processing and stitching the 46 terabytes afterwards took 2 months, and the resulting 365-gigapixel photo would be as large as a soccer field if printed out at 300dpi.

Here’s a short behind-the-scenes video showing how the photo was made:

You can experience the full 365-gigapixel photograph for yourself through an interactive viewer on the project’s website.

P.S. There’s technically one photo that’s (much) larger, but it wasn’t even taken here on Earth. In 2014, NASA published a panorama of the Moon’s surface that was captured over four years by the Lunar Reconnaissance Orbiter. That image is 681 gigapixels.