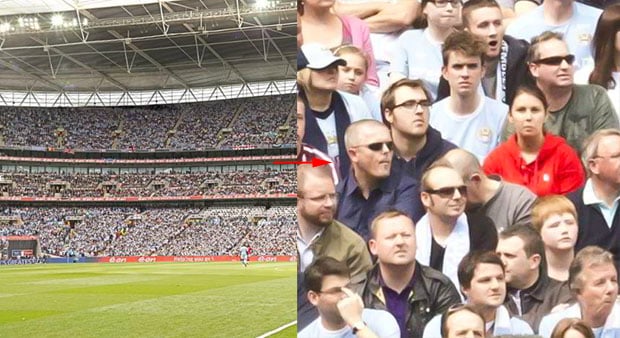 Jeffrey Martin, the guy behind the world’s largest indoor photo, has done it again — the founder of 360cities was hired by Wembley Stadium to shoot a massive 20 gigapixel 360-degree panorama of the 2011 FA Cup Final this past weekend. About 1000 photographs shot with a DSLR and robotic tripod head were needed to capture the 90,000 fans in attendance, and the final image was processed with a workstation that had 192 gigabytes of RAM and 24 CPU cores!

Check out the final photo here or read about how it was made. You can also tag people you know in the image — tens of thousands have been identified and tagged already.