Sony Australia has launched a new “Move to Mirrorless” advertising campaign that aims to lure people away from DSLRs and to the Alpha line of mirrorless cameras. To get its point across, Sony released the 60-second video above showing large mirrors shattering into little pieces in the desert in order to make way for “a new era in photography.” 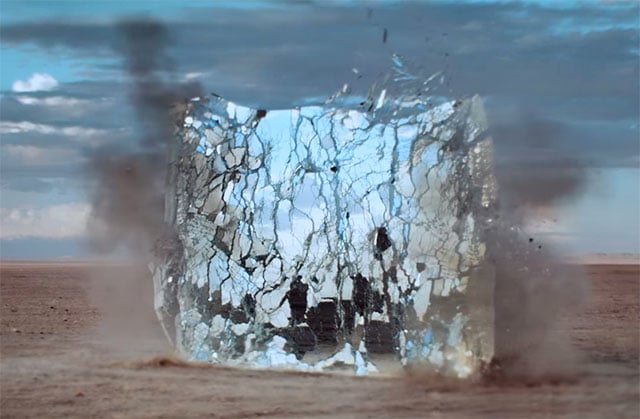 The commercial was done entirely in-camera without the help of computer generated imagery. Sony says the shoot was held in the Namibian desert over the course of three days, and several mirrors were exploded to capture the “spectacular visuals” seen in the ad.

Here are two behind-the-scenes videos showing how the crew went about planning and exploding mirrors and capturing it on a high-speed camera:

There’s also a dedicated Move to Mirrorless microsite set up to tout the advantages of mirrorless cameras.

The Ultimate Coalition: Averaging the Portraits of UK Political Leaders