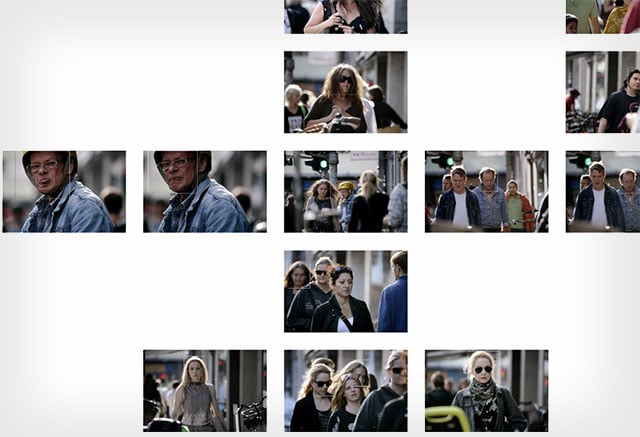 The Grocery Store Project is an unusual and ambitious effort by Danish photographer Simon Hoegsberg. After spending 159 afternoons over 20 months shooting 97,000 photos of strangers near a supermarket in Copenhagen, Hoegsberg set out to find brief and hidden connections by analyzing the images.


He first loaded the photographs into Picasa and used the software’s facial recognition feature to find the same individuals across multiple photos. Picasa was able to identify 11,000 distinct people in the shots.

Hoegsberg then narrowed the vast pool of images down to around 2,000 pictures that show 457 people. Some of the images show one of the people by themselves, while many of them show multiple people captured in the same frame — the few short moments during which those strangers’ paths crossed.

The collection of images have been arranged into a grid in which lines of images indicate individuals, and intersections indicate when two people show up in the same shot. 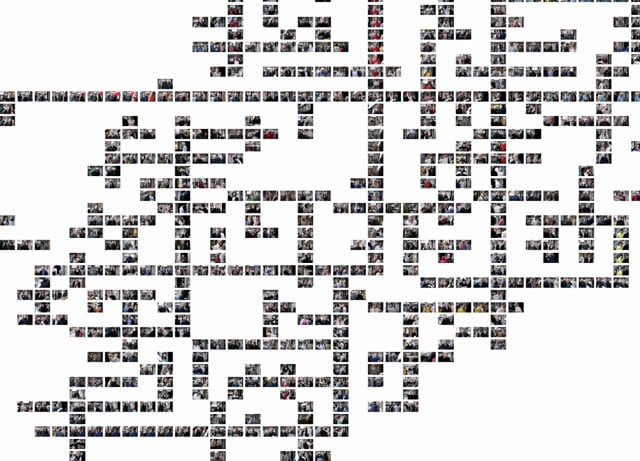 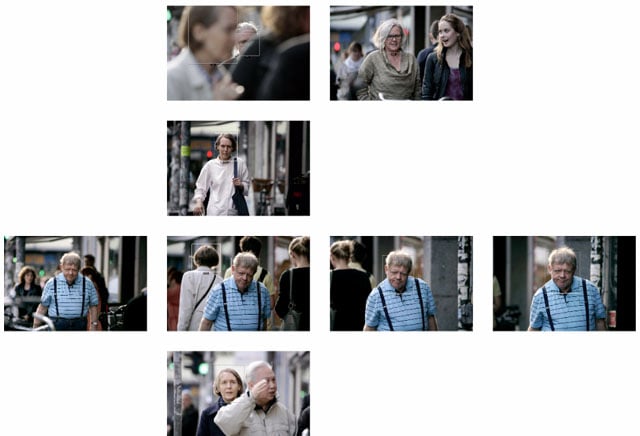 You can explore the images through the project’s interactive website here.

(via Simon Hoegsberg via Laughing Squid)

I Made a DIY Handle for My Battery-Powered Strobe