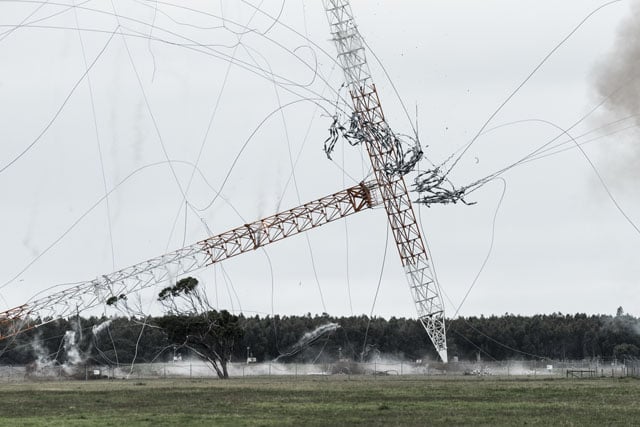 The Omega Transmitter was a huge 1,417-foot tall transmission tower near Woodside, Victoria, Australia, that was the tallest structure in the Southern Hemisphere until its demolition on April 22nd, 2015. Photographer Tom Blachford was on the scene, as he was hired by the Australian Defence Force to document everything with his camera.

Here’s an illustration showing how the tower compared in height to other tall structures in Australia: 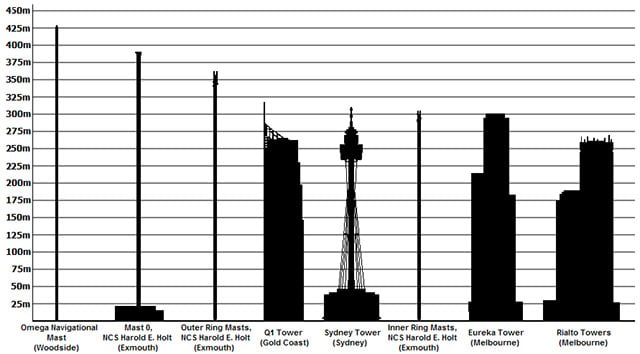 Blachford tells us that he set up his camera equipment (including 45mm tilt, 200mm, and 400mm lenses) nearly a mile away from the tower and managed to shoot some interesting photos of the huge structure impacting the ground. 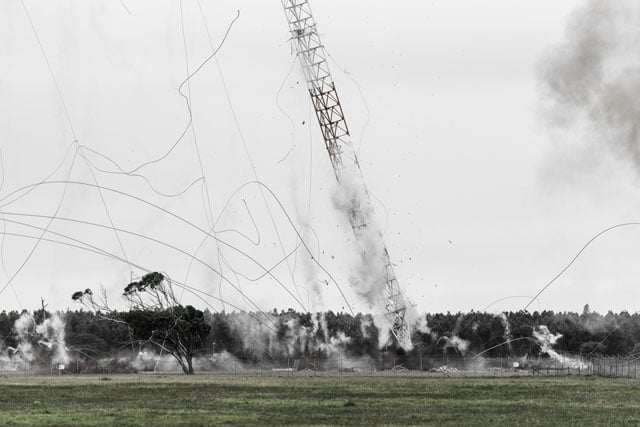 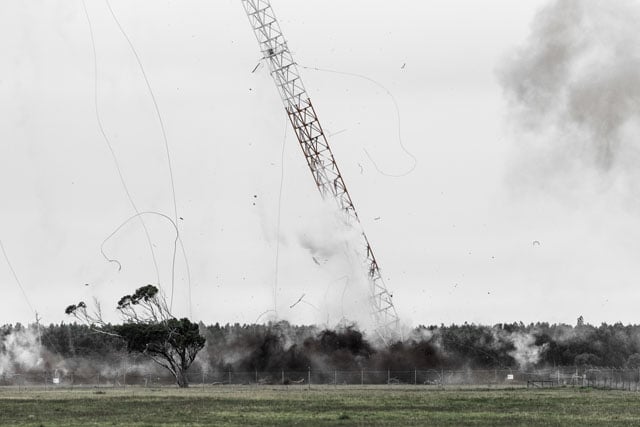 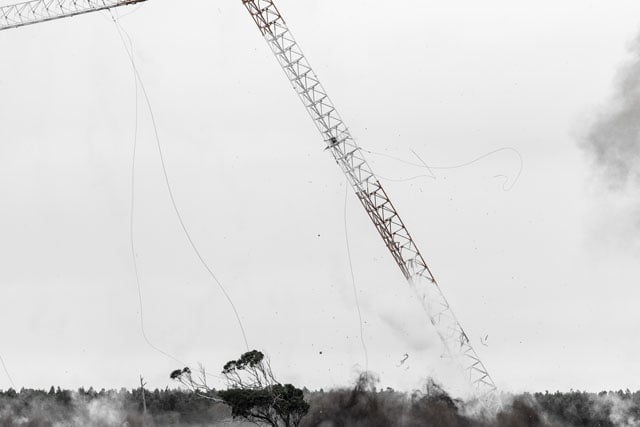 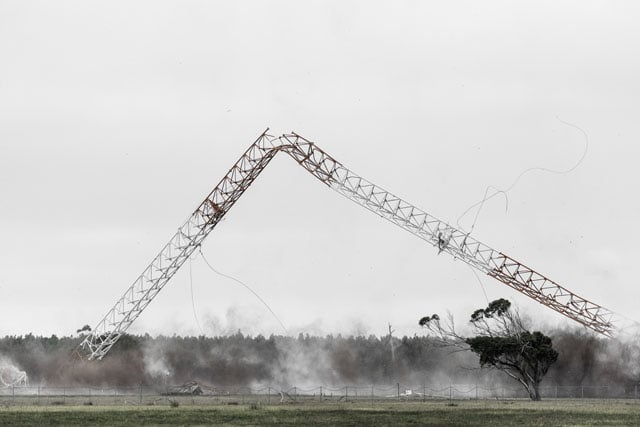 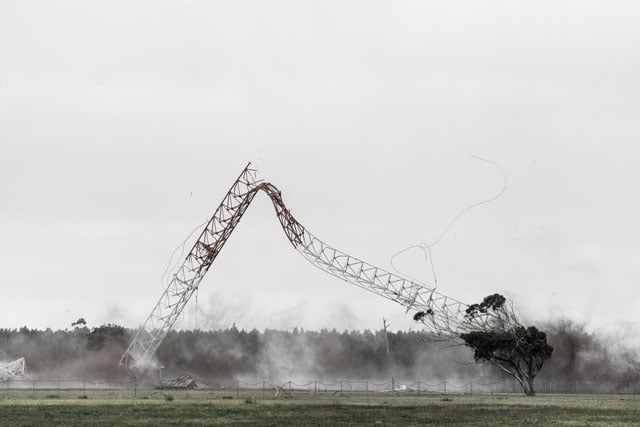 Here’s what the whole thing looked like in a zoomed out video:

P.S. Blachford is the photographer who shot those beautiful photos of Palm Springs under a full moon.

Walking Through Shanghai in a Backwards World