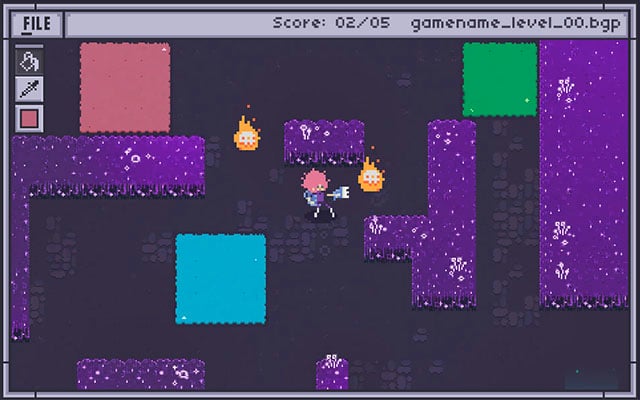 What do you get when you turn Photoshop tools into weapons for a computer game? “Shotophop” is one attempt at this concept. Like the “Selfie Assault!” game we featured a few days ago, this is another concept game that’s strangely relevant to photographers.

Like Selfie Assault!, Shotophop was created in 48 hours during the Ludum Dare 32 game jam event. The theme for the jam was “unconventional weapon,” and a small Brazilian studio called Big Green Pillow decided to focus on Photoshop for inspiration.

“By working with Photoshop opened at all times, we kinda got inspired by it’s weaponizing potential,” the studio writes. “In this game you kill enemies by colorpicking the environment and painting enemies to match the background and make them fade away.” 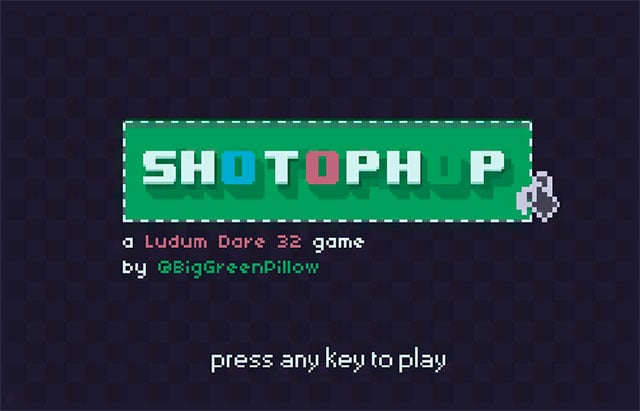 The concept is creative and straightforward: your character is armed with a color fill gun. There are small areas of color placed throughout the map, and pressing the spacebar while standing on them fills your gun with that particular color. 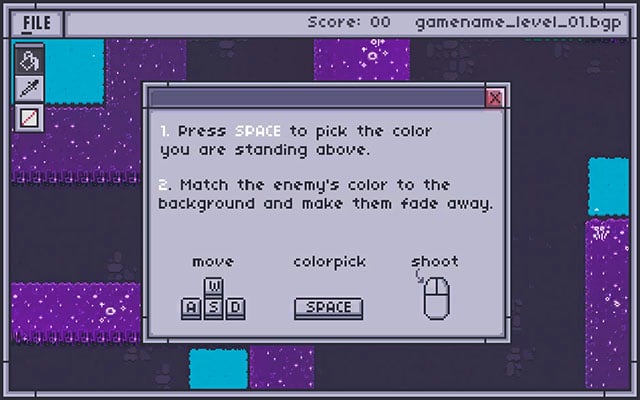 To destroy the enemies, you need to shoot them with a particular color while they’re floating over a patch of that color, causing them to be blended into the background and disappear. 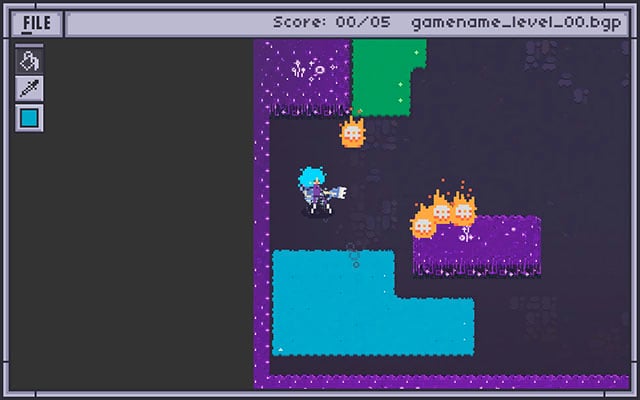 As you might expect from a game developed over just 2 days, there’s not much you can do at the present time besides those basic gameplay features. It’s an intriguing idea though, and hopefully the studio continues to flesh it out and add additional Photoshop tools as new weapons.

You can play the game directly in your browser here as long as you have the Unity web player installed.