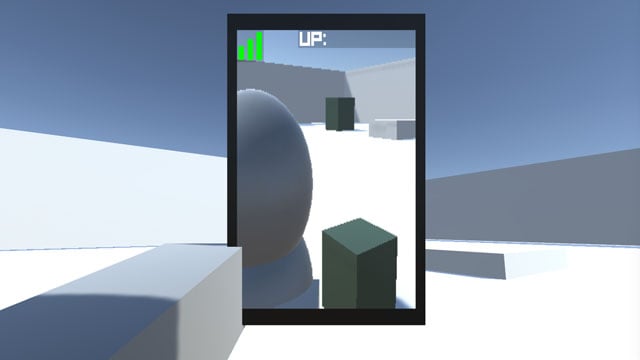 For the Ludum Dare 32 game jam event, game developers from around the world came together for a weekend to create the best games they could based on the theme “An Unconventional Weapon.” The game developer known as mint created a game called “Selfie Assault!” that involves walking around in a room of blocks, finding green blocks, and taking selfies with them.

The game’s tagline: “ONLY CAMERAS CAN SEE THEM. ONLY SELFIES CAN KILL THEM. NO FILTER. NO MERCY. SELFIE ASSAULT!”

Your character is stuck in an area filled with blocks of different sizes with a smartphone in your hand. There are green blocks in the room, but you can only see them through your camera screen. Your task is to find blocks, walk over to them, switch to your front-facing camera, turn around, and snap a selfie.

The photo is then “uploaded to the Web” — the speed is determined by how strong your signal is in that spot — and when that’s complete, the green block disappears from the room. 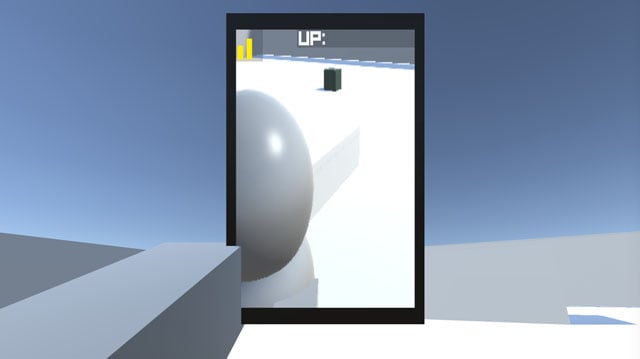 As you might expect from a game developed over two days, Selfie Attack! is quite rudimentary and is simply meant to be a demo for a new idea.

Game jams are meant to be a place where creativity happens and new ideas for games are born. You won’t find any action-packed and highly-replay-able game in Selfie Assault!, but it is an interesting idea that developers may want to flesh out for a full featured game in the future. After all, there’s already a popular game franchise that involves seeing ghosts through a camera.

If you’d like to try out Selfie Attack! for yourself, you can download the game for Windows, Mac, and Linux here.

(via Ludum Dare via Engadget)

How to Create Faux Fog in Photoshop in 4 Easy Steps