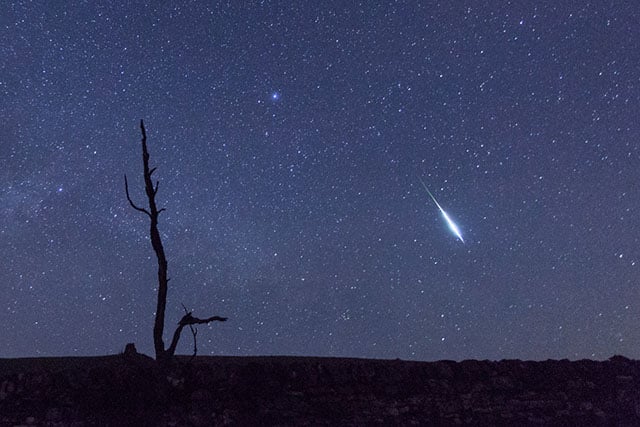 A couple of nights ago, Hawick, UK-based photographer Sam Cornwell spent some time in the great outdoors taking pictures of the April Lyrids meteor shower that happens from April 16 to April 26 of each year. Just as he was about to call it quits and return home without a keeper, Cornwell captured the above photo of a huge “fireball” streaking across the night sky.

After returning home and taking a closer look at the burst of frames he shot, Cornwell noticed that the meteor had left a “wicked smoke trail” in the sky in the shape of an expanding (then disappearing) ‘Z.’ He strung the frames together into an animated GIF, and here’s what it looks like:

“Looks a bit like the mark of Zorro dontchafink?,” Cornwell writes.

Image credits: Photographs by Sam Cornwell and used with permission

A Homemade TTL Light Meter for an Old Rangefinder