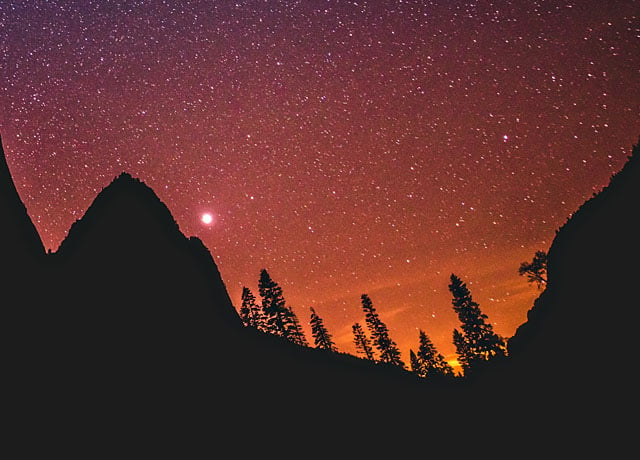 I was in the middle of Yosemite during the “Blood Moon” lunar eclipse on April 4th, 2015. Here’s the story of the cool experience I had shooting it.

The day before the blood moon, my wife happened to look on Facebook and see someone post about the blood moon happening the next day. We were currently a mile outside of Yosemite, so I thought it would be cool to get up early in the morning and see what the “Blood Moon” is all about!

The alarm clock rings at 4am, I get up and the very first thought I have it that I should stay in bed! But I brew some coffee and get my butt out the door. As I’m driving, I see the moon is already in a crescent form, so I start speeding. Since I had never seen a blood moon before, I had no idea how long it takes for the moon to turn red.

When I arrive, there’s a few other people out there with big telephoto lenses with chairs to sit in, coffee brewing, and I think someone even had a TV. It was obvious I still had another hour before the blood moon went down. My first reaction is to get away from these people!

When I’m photographing anything, whether it is a wedding, landscape or a friends birthday party, the first thing I do is go somewhere no one else is! Why would I want to be where the crowd is? Obviously everyone is getting the same angle and I hope they’re at least good enough to get a decent shot, so I go somewhere else.

In this case, I went a few hundred feet to the left of everyone else and instead of pulling out a 200mm lens, I go for the 14–24mm f/2.8 Nikkor. I thought, “everyone shoots it close up, so I’m going to shoot it wide!” I would come to find out later that there was actually plenty of time for me to shoot wide, change my lens and then shoot a close up with my 200mm. But it doesn’t matter, because what DOES matter is that I wanted something different from everyone else! We should all be striving for that, no matter what business we work in! Because, if you’re producing the same thing someone else is, how are you ever going to differentiate yourself from others? This is especially true in photography.

So I went for the wide shot and I was pretty amazed by the whole entire moment! The sky turned red, while half of it stayed blue! It was beautiful! 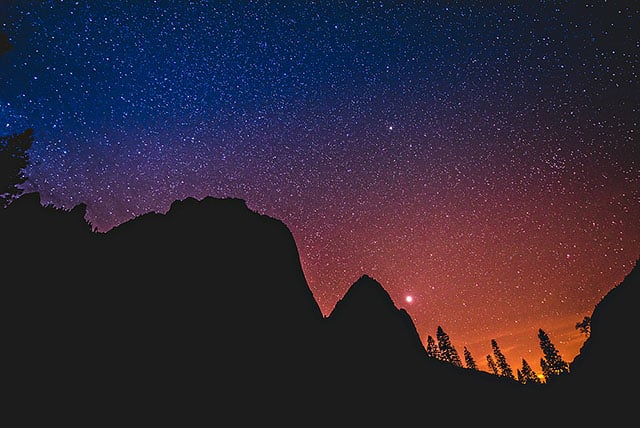 And not only did I get a cool shot of the blood moon in Yosemite, but I even had time to turn my camera around and shoot El Capitan, which was sitting there in complete darkness with the Milky Way to the right of it! The blood moon was barely bright enough to light up the mountain, and man was it amazing. I’m not sure if it is possible to get El Capitan lit up with the Milky Way behind it in this way on ordinary nights. 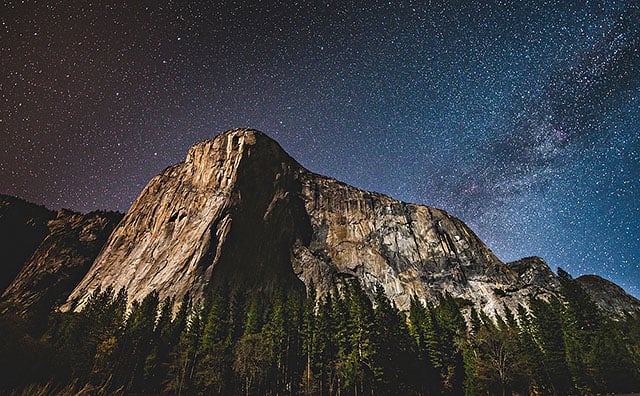 Anyway, life is meant to be explored. Whether it be in Yosemite National Park in the morning or in a busy city in the middle of the day, life is meant to be experienced and as photographers, the only way to get those mazing pictures, is to go out there and do something different! So get off your butt, get out there, and explore. Take a picture, even if there is no picture to take, because just having something to remember your experience is enough to make it all worth it.

About the author: Joe Hendricks is a photographer based in Nashville, Tennessee. You can find more of his work and writing on his website and blog. This article originally appeared here.

A Time-Lapse of the Calbuco Volcano Eruption in Chile