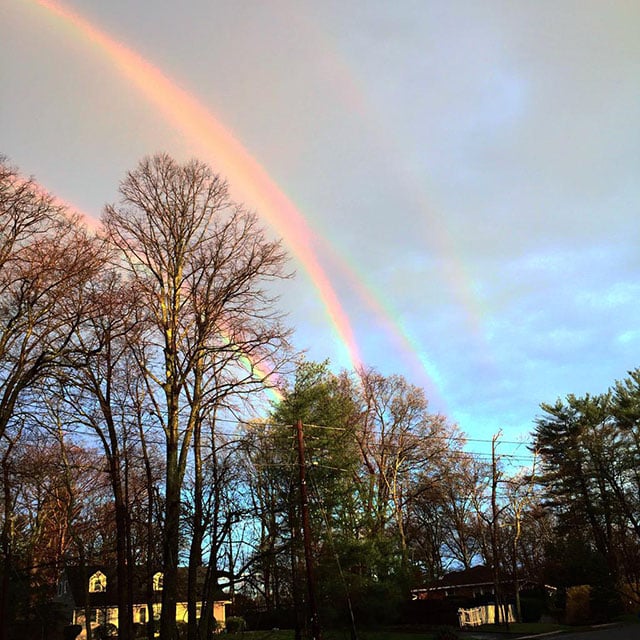 New Yorker Amanda Curtis was waiting for a train in Long Island, New York, this past Tuesday when she spotted something incredibly rare: a quadruple rainbow in the sky. She quickly snapped and shared a photo of it online, where it became one of the most talked about images over the past couple of days.

While many people have responded with amazement at the photo, others are skeptical, offering different explanations as to what Curtis actually captured. Some say she faked the shot entirely, while others claim she must have captured it through a window or some other place where there were artificial reflections.

Curtis says the shot is 100% real and was taken in open air, and experts believe her. Meteorologist Paul Neiman of NOAA’s Earth System Research Observatory writes that the photo “is an outstanding example of a primary and secondary rainbow (relatively common) occurring together with their reflected-light counterparts (quite rare).”

Fun fact: the first ever photo of a quadruple rainbow was published in a scientific paper back in 2011.

(via Amanda Curtis via Laughing Squid)

Image credits: Photograph by Amanda Curtis, co-founder of NineteenthAmendment.com, and used with permission

The Way I See It: A Day in the Life of 13 Photographers