Artist Anton Hecht recently created an unusual stop motion film using photos of a giant life-sized mannequin. Instead of doing the animation themselves, the team invited random strangers who were walking by to help move the dummy around in the public square. The video above is what resulted from their help under careful direction. 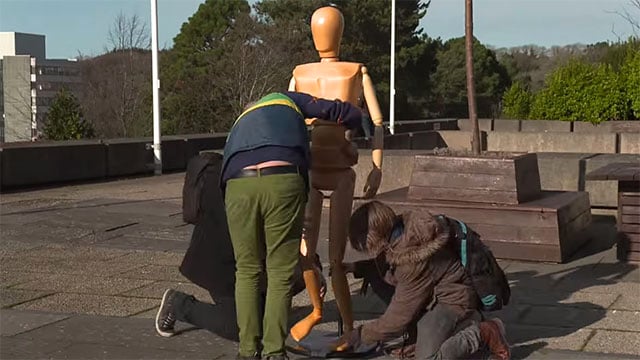 “It was a good deal harder and more complex thank it looks to do,” Hecht tells PetaPixel. He says that the idea had been brewing in his mind for about two years. After finding a mannequin for sale online at a reasonable price recently, the artist decided to actually try the concept.

The project was created for an installation at the Aberystwyth Arts Centre gallery, and was an effort that spanned from dawn until dusk on February 3rd, 2015.

The Original Selfie Stick Was Invented in the 1980s

Man Claims the Sony RX100 III Has Dangerous Levels of Radiation, Is Quickly Shot Down