The video above is an episode of the British television detective drama Midsomer Murders titled “Picture of Innocence.” It originally aired back in June of 2007 and tells the story of a rivalry between a “traditional” (AKA film) photographer and a digital one leading up to a village’s annual photo exhibition.

In the build-up to Luxton Deeping’s annual photographic exhibition, a battle rages between the traditional and digital photographers of the pretty village. The dispute seems harmless enough – until Lionel Bell is found murdered in a nearby woodland, strangled with the cord of his light meter. Barnaby soon gets to work tracking down the killer, but it seems someone is trying to implicate the detective in the murder. And once he is replaced on the case, finding the culprit seems less likely than ever. But who is trying to frame Barnaby? Was Lionel’s murder related to artistic differences? And where is the victim’s long-lost wife now? 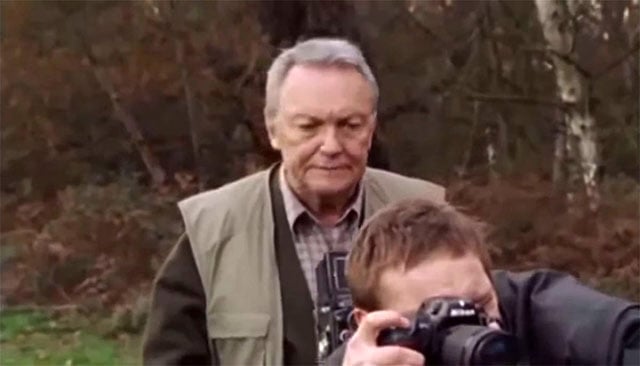 The episode itself runs about 90 minutes long, but the introduction is an entertaining little clip as well. “[Y]ou really must watch at least the first two minutes of it, until it fades to black and the titles roll,” writes Mike Johnston over at The Online Photographer. “The ultimate in film vs. digital!”

It’s interesting (and humorous) to see how photographers, cameras, and exhibitions are portrayed in popular culture.