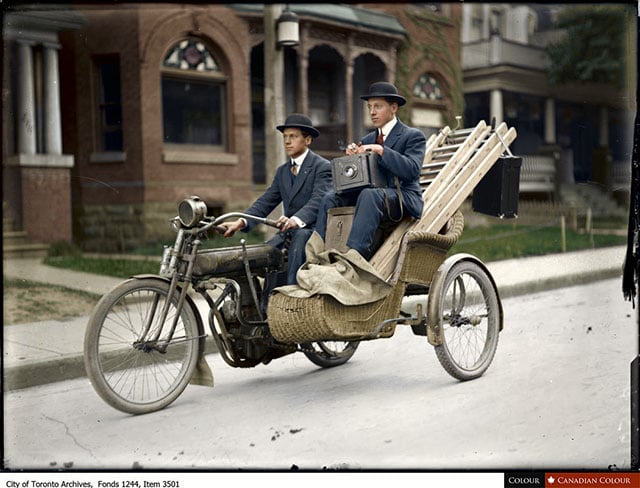 Here’s a colorized 1912 photograph of freelance photographers Bill and Joseph James riding a motorcycle in Toronto. Their father was William James, who’s often referred to as Canada’s first photojournalist. The James family created a huge photographic record of Toronto that spanned decades starting in 1909.

The original B&W photo is from the City of Toronto Archives, which has over 6,000 photos by the family in its collection. The version shown above was colorized by Mark Truelove of Canadian Colour.

This Camera Survived Three Months at the Bottom of the Ocean