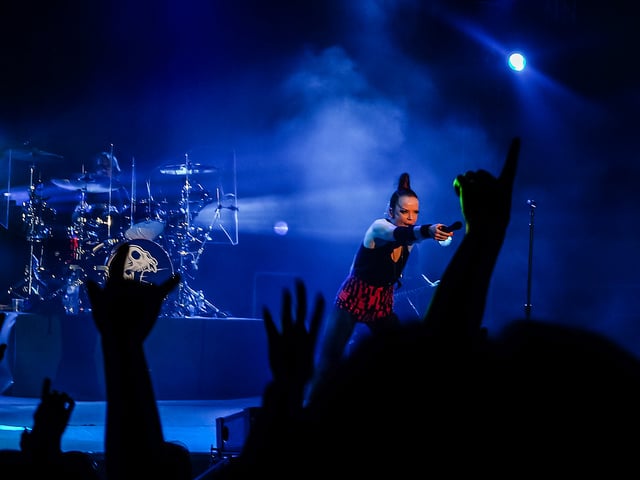 The photography and music worlds are at odds in a dispute between a music photographer and a popular band. Photographer Pat Pope was miffed by a request from the band to include his photos in an upcoming book without any payment, while the band Garbage argues that they’ve already paid Pope for his work, and that they were simply giving him a chance to have his work represented in the publication.

After receiving a request from the band’s management for his photos, Pope posted the following open letter to Facebook and his personal blog:

I don’t know if you will remember me, my name’s Pat Pope and across a few years in the nineties I worked for you as a photographer. 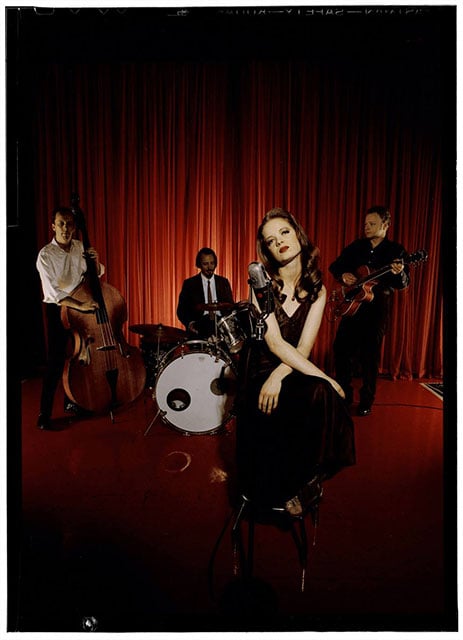 That’s one of my photos of you accompanying this letter. I worked pretty hard on that photo – actually, throughout my time as a photographer I hope I’ve always worked hard to make all the artists I’ve had the opportunity to shoot look as good as they can.

Today I received an email from your management company Big Picture Music Co. It’s a very nice email, and in it they announce that you’re working on a book about the band which you plan to self-release next year. The email says that you really like some of the photos I took of you and would like to use them in your book. It also says that in return for the use of my photos you will give me a “proper credit” but that given it is planned to be a self release the budget is “financially limited”, by which your management company mean “we’re not going to pay you”. So I wanted to ask you a couple of questions, and I wanted to do it publicly because I think it’s important that people know what your answer is. I don’t expect as many people will see this Open Letter as Shirley’s recent message to Kanye West, but I think it’s important we know where you, as artists, stand.

Q1: I’m a firm believer that musicians and artists deserve to be paid for their work. I’ll sign any petition that’s out there supporting that concept, and even when I choose to stream rather than buy, I’m one of the fans of your band that will pay for a premium service because I think you should be paid. That’s my point of view. Is it yours? When you think about artists being paid, does that include photographers? Do you think “content providers”, whatever the hell that means, deserve to be paid for their work, or is that a special category for musicians? If I want to release a music album, can I use your music in it if I give you a “proper credit”?

Q2: If you’re putting together a book, presumably someone at your management company or somebody in the band has written a budget. And if there’s a budget, somewhere in that budget, against the line for “use of photos” somebody has written “no need to pay, we’ll just give them a proper credit and get them for free”. Against all the other lines, for writing, for printing, for distribution, for retailing, for marketing, for the management company, for the band, for Uncle Tom Cobbley and all, somebody, somewhere, working for you, has written a number down because that’s what it costs. But that same person has written zero for photos, because that content, in their opinion, they can get for free. Who is that person? As a band are you happy to be employing someone who thinks like that? Because it seems to me that the person who writes down “zero for photos” today is the same person who will write down “zero for music” tomorrow because they don’t respect the “content providers”.

By writing this open letter, I’m obviously committing professional suicide when it comes to ever working with you again, and probably it won’t do my reputation any good within the music industry to be seen as troublemaker. Obviously that worries me, but it worries me more that musicians and others are saying one thing publicly about the needs for artists to be paid for their work whilst privately people working for them are doing exactly the opposite. I’m not accusing you personally of being hypocrites, I don’t know how involved you are in this process, but I’m letting you know it’s happening and it’s happening in your name.

Thanks, and still a fan of the band

PS: Just so you know, this is actually an improvement on the management of your “Absolute Garbage” album where the record company just used my work without even asking. I only found this out when I went into a shop and bought a copy, which, when you think about it, has a certain irony.

Pope’s letter was soon shared by thousands of people around the world, and it was even published on the Huffington Post’s Entertainment blog.

Earlier today, Garbage responded to Pope’s letter with an open letter of their own. Here’s what they wrote on their Facebook page:

We were all deeply saddened to read your Facebook post in which you admonished us for approaching you to humbly request your kind permission to include one of your images in a book we are working on to celebrate our twentieth anniversary.

We regret that you interpreted our request so negatively.

HAVING ALREADY paid you in 1995 for the entire shoot from which these images were selected, we really didn’t expect such a hostile reception to our enquiry.

We adore the photographs you took of us at such a special time in our career but it was never our intent to use the aforementioned images without your express permission.

As an independent band on our own label we are struggling to juggle the harsh realities of the modern music business with our desire as artists to produce music and accompanying content for our fans.

Our book is not intended as a profit generating venture but something beautiful to create and present directly to our fans as a celebration of our music and the image-makers who we have been lucky enough to work with over the span of a twenty-year career.

We very quickly and painfully learned that without a book publisher to help offset costs, we are not in the financial position to afford to pay for the usage of every photograph we were hoping to include in the book.

Before we scrapped the idea of producing the book entirely, we decided instead that we would take a leaf out of Amanda Palmer’s book “The Power of Asking” and simply ask the photographers themselves whether they wanted to be included in our book or not. Any refusal of permission would be respectfully accepted and no further questions asked.

We were so grateful and delighted to learn that most of the photographers were happy for their images to be seen in conjunction with the telling of our story.

We would be entirely unable to produce a book at an affordable price for most of our fans without the generous consent of all these amazingly talented photographers and filmmakers. Historically, artists over the centuries have been known to help each other out in an effort to get their work seen and heard. We are proud and grateful to be part of this artist community.

Over the years we have happily compensated many photographers, filmmakers and other kinds of content providers for their work and will continue to do so in the future. We believe completely in the concept of the artist being compensated fairly whenever possible.

With that said, collectively as a band and as individuals, we have often provided our services and our music for no financial compensation in the spirit of artistic collaboration. Obviously we assess every request based on its own individual merits but we would never publicly admonish or begrudge a fellow artist for merely asking.

The response has been loud for supporters of both sides. Pope declined to provide us with a response to the band’s letter, telling us that this whole thing is “getting out of hand.”

Update on 4/7/15: Pat Pope has published a “last word” response to Garbage.

Nikon Unleashes an Official Selfie Stick on the World