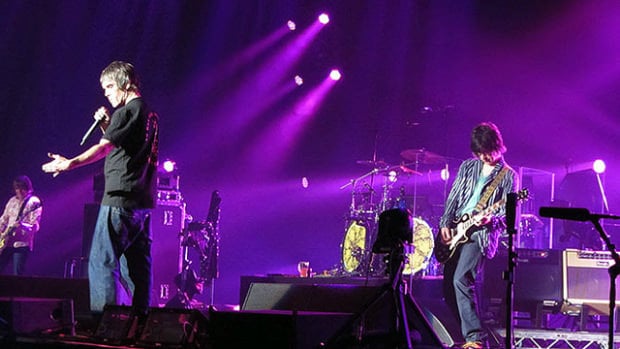 Music photographers in the UK have organized a boycott of indie band The Stone Roses reunion concerts (to be held this weekend) over a contract that they say is unfairly strict with their image rights. All press and music photographers are familiar with the typical restrictions that come with photographing an event or band, but the Stone Roses have asked the photogs to “assign to the Group, with full title guarantee, all Rights in perpetuity throughout the world…” A request for which the band was going to allegedly pay only £1 according to the first draft of the contract.

The boycott is being led by photographer Ian Tilton, who photographed the band back in the 90’s, and is quickly gaining steam. In fact, according to the British Journal of Photography, The National Union of Journalists has already come out in support of the boycott.

Interestingly enough, however, the Stone Roses PR Manager Murray Chalmers is denying the existence of a boycott all-together. According to him the band already has a full quota of photogs attending the show, although he was conspicuously vague when asked about certain stipulations in the contract — such as the fact that photographers would have to seek permission from the band to use any of the concert photos editorially. The most he would say is that “photographers have the rights to use their photos editorially as agreed,” refusing to clarify what exactly he meant by that statement.

Whether or not the boycott succeeds depends, of course, on participation by the “full quota of photographers” supposedly scheduled to be working the concerts. But with support for the movement growing, and now that the National Union of Journalists has publicly come out in favor of it as well, Mr. Chalmers may find the non-existant boycott becoming all to real in the next few days.

How to Create a Surreal Double Exposure Portrait Using Photoshop