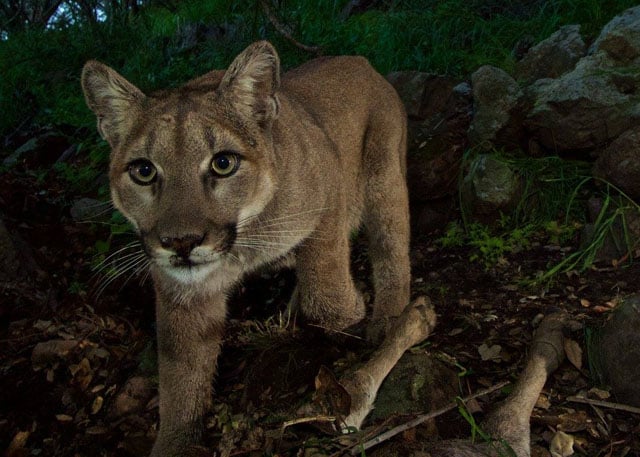 Capturing clear and up-close photos of a mountain lion family is difficult for a photographer to do, and that’s where remote cameras can come in and help. The National Park Service recently captured a beautiful set of photos in the Santa Monica Mountains showing a mother and two kittens.


The photos were captured by a remote camera on the western end of the mountains, near the Los Angeles and Ventura County line. The mom and two nearly-adult kittens were feasting on the carcass of a deer (warning: some of the photos are a bit bloody).

In several shots the mountain lions are staring straight at the camera, alerted to its presence by its faint noises and sudden flashes. 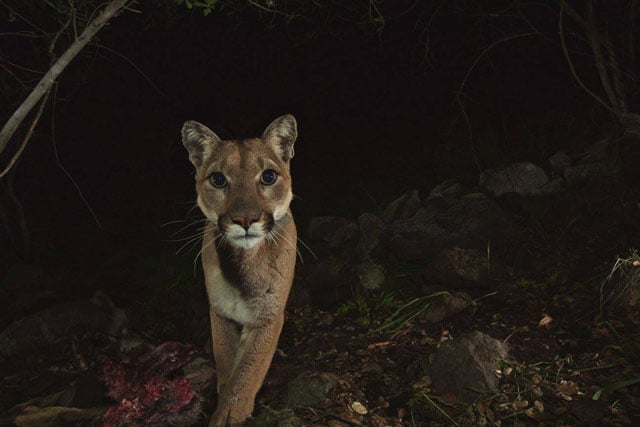 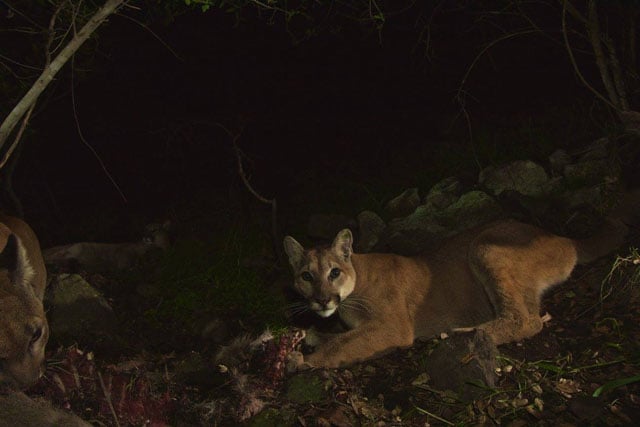 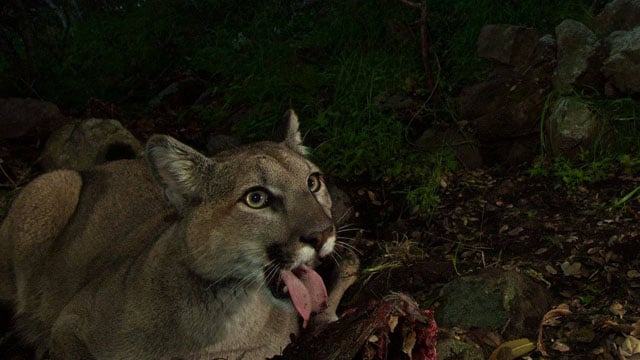 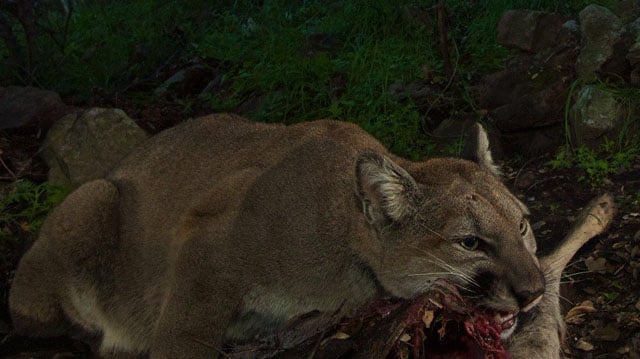 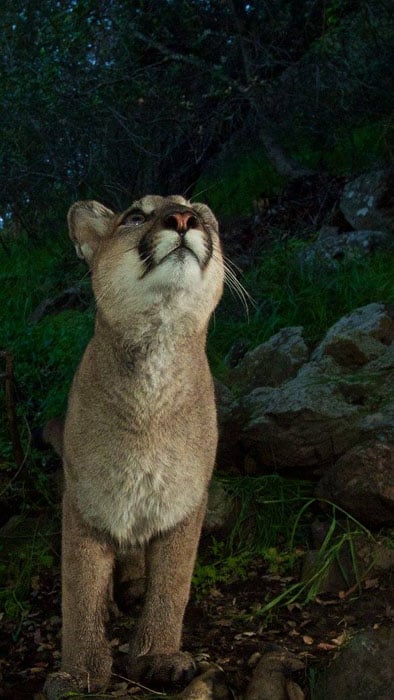 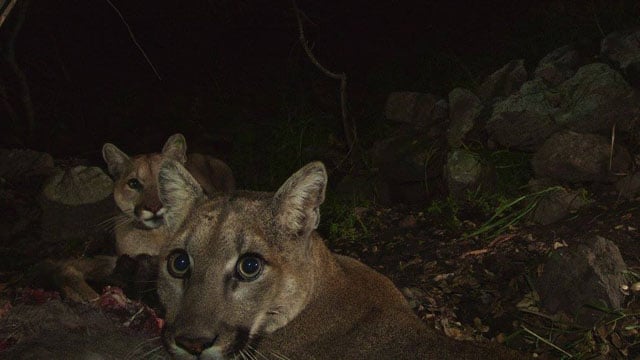 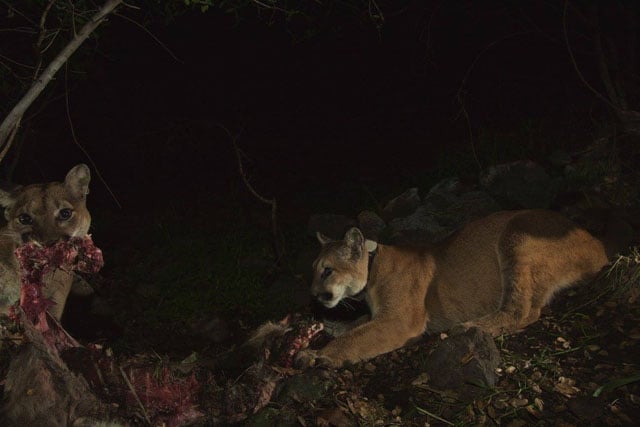 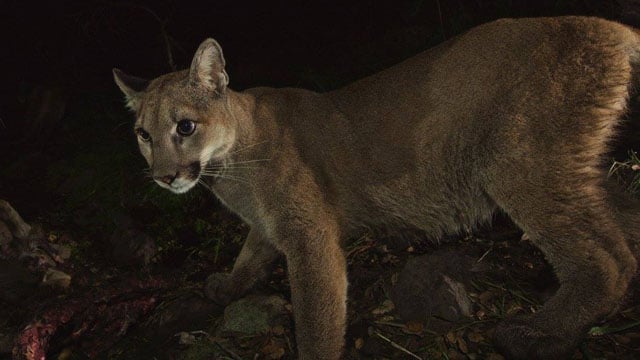 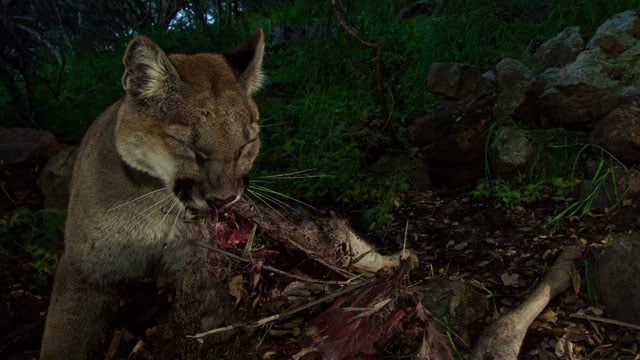 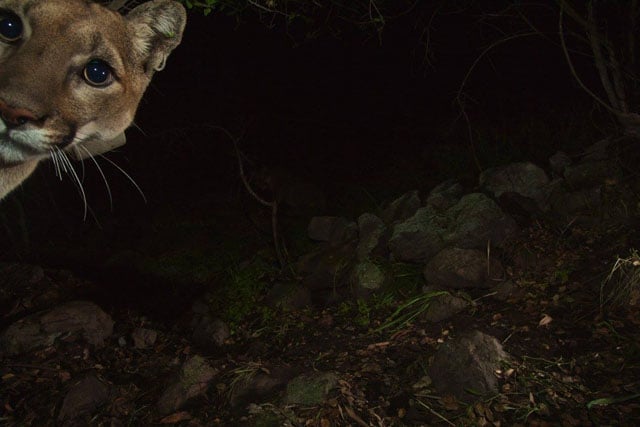 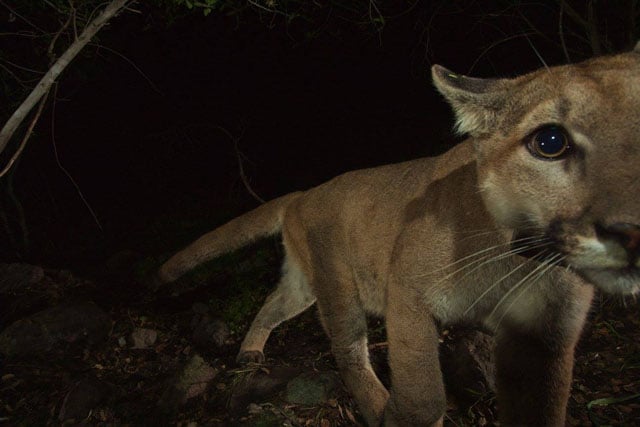