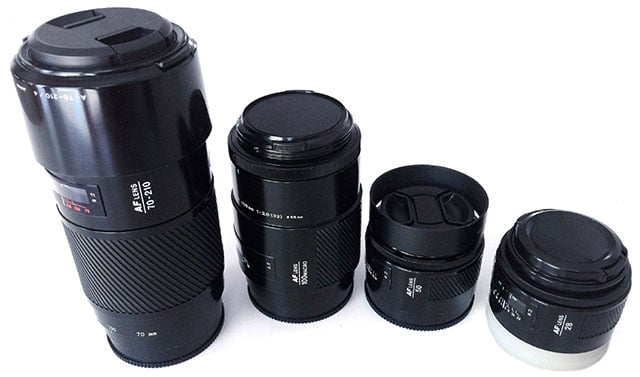 Bear with me now. I promise there are photos after all this preamble. I’m going to try to keep the camera talk to a dull roar on this post even though it is principally about lenses.

Over the last 6 weeks, I’ve had a fever… a fever that has but one cure… more old Minolta lenses!


Prior to this sickness, I had been using the newest Zeiss lenses that are purpose-made for the Sony full-frame mirror-less cameras like the A7, A7R, A7S, and the new A7 Mk II. Specifically, I was using the Zeiss 24-70mm f/4 and Zeiss 55mm f/1.8. These are fine lenses commanding a respectable price of $1,200 and $1,000 respectively.

I was curious though to find out if they’re as good as some of the older lenses made by Minolta back in the film days. You might be tempted to think that with the rate of technological advancements in photography over the past 20 years that this might be a dumb question. Fair enough, but consider that most advancements have been made more in the tool we use to capture the light coming through the lens more than the lens itself. 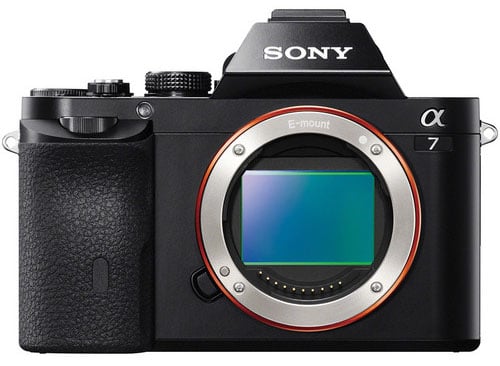 Digital cameras have revolutionized photography to the point of even exceeding the old analog process in some areas (carefully worded: “some areas”). The science of optics, however, has moved forward at a more glacial pace.

Lens design, materials, and glass-coatings have all experienced some manner of change over the years, but when you look at them from a basic perspective, you can go back 60 years or more and find very strong similarities. Thus my curiosity with the old lenses. Can they be as good as a modern lens when they’re attached to the latest cameras?

I went to my local camera stores and purchased the following lenses to experiment with:

In addition to the lenses, I had to buy an adapter that would allow me to mount the lenses to my Sony A7; they’re different style connections. I paid $13 for this. The adapter I bought is just a dumb piece of metal. That means manual focus of the lens and manual control of the lens’ aperture (f-stop).

At first I thought that the manual focus bit would be a pain in the butt and result in missed shots and lots of frustration. I couldn’t have been more wrong. The Sony A7 was blessed with an awesome feature called Focus Peaking. What this does is show you in the viewfinder what is in focus by highlighting those areas with a scattering of red dots. If you see red scatter in and around the thing you’re focusing on, you know you’ve got it.

The electronic viewfinder (EVF) of the Sony A7 is quite clear and high enough resolution to make this very easy to see. You can even set one of the programmable buttons on the camera body to zoom in to 100% image size in area of your choosing if you’re doing some super fine focus adjustments like in Macro Photography. Manual focus on these cameras is simple.

In fact, it’s so simple that I now prefer it over autofocus. With autofocus, even with my big Nikons, sometimes it just selects the wrong feature to focus on and ruins the shot (camera set to center focus spot – focus then compose). I’m very picky about what’s in focus especially when you have a fast lens which have very shallow depth-of-field when used wide open; so fine that you could have eye lashes in focus while the eye is not.

I’ve digressed… Manual focusing these Minolta lenses has been a dream!

What I want to do now is give the writing a rest and just show you photos made with each of these lenses over the past few weeks. In the caption beneath each image I’ll list which lens was used for that shot.

Not bad for “outdated” lenses eh? Since shooting manually with these lenses, I’ve found it requires a little more attention to the process of getting the shot. This results in more attention being paid to the image itself; composition, lighting, and perspective all get a little more consideration too because I’m taking an extra moment to think about what I’m doing. I like this a lot!

The past few weeks spent shooting with this collection of Minoltas has rekindled my enjoyment of photography in a way I haven’t experienced in years. I have recently sold my Zeiss lenses and committed myself to using these Old Timers for the foreseeable future.

About the author: Tom Leonard is a photographer who travels the world 30 days at a time. He shares photographs from his journeys over on his website Out for 30. This article originally appeared here.