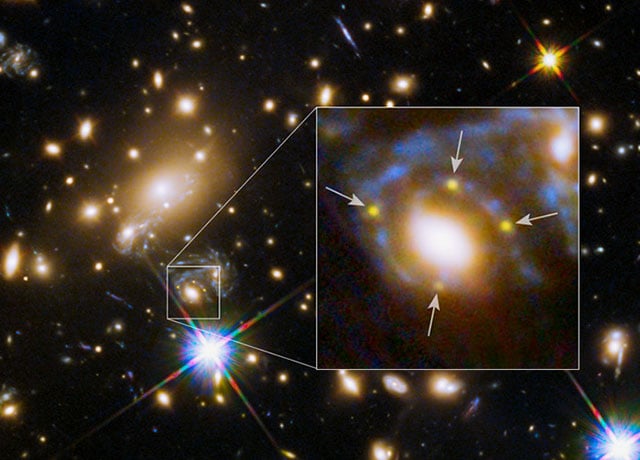 Astronomers have captured the first photo of a single supernova showing up in four different places of a single image due to a phenomenon known as gravitational lensing. The “lens” in this case was a massive galaxy that is capable of using its gravity to bend and magnify light.

The image was discovered recently by astronomers at UC Berkeley after reviewing infrared photos captured on November 10th, 2014, by the Hubble Space Telescope.

Gravitation lensing is when light from a distance source is redirected by a large amount of matter (e.g. galaxies) as it travels toward an observer. In this particular case, the galaxy’s gravity caused the same supernova to be seen in four distinct points around the galaxy. 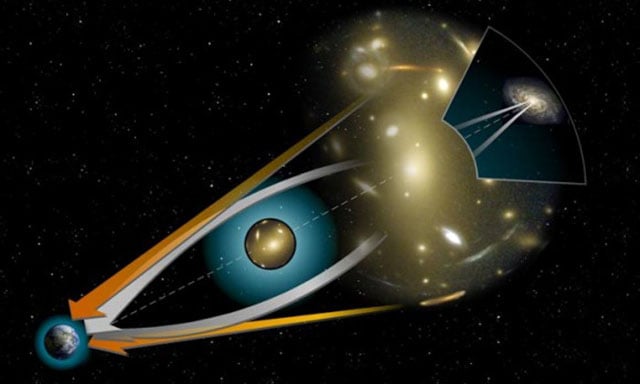 In addition to bending light and showing the same light source multiple times, gravitational lenses can also greatly magnify the light that passes “through” it, making it appear many times brighter to an observer than if the light had traveled directly from source to observer.

Another interesting fact about this photo is that it shows a supernova “replay.” Due to the effects of gravity in the vast distances of space, light from a source can take different paths to us and arrive at different times. 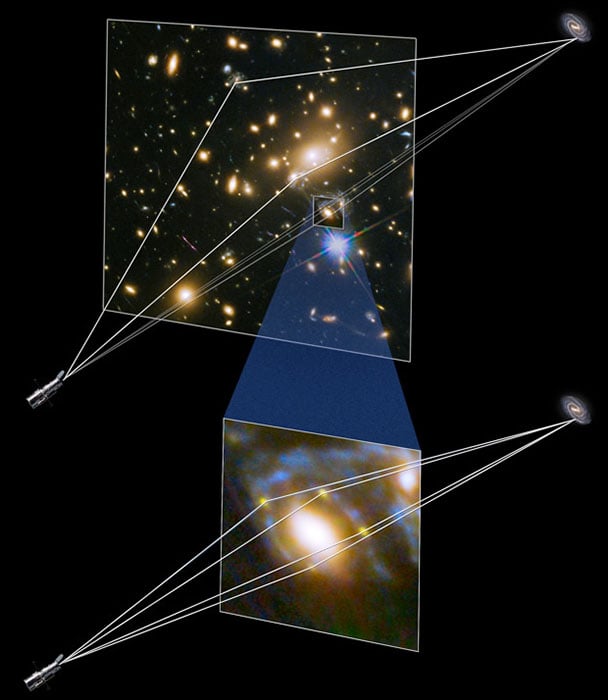 (via Astronomy Now and ExtremeTech)

These Are Three of the Earliest Photos Ever Made