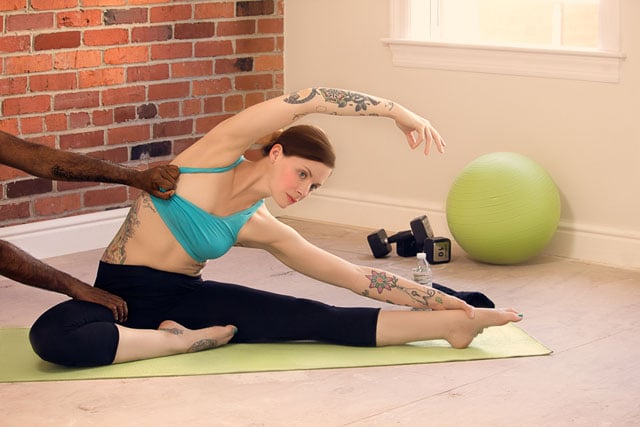 “Boundaries” is a project by photographer Allaire Bartel that aims to capture what it feels like to be a woman in an atmosphere of male entitlement.

The Pittsburgh-based photographer tells us that the project started last year during a mentoring program that had “boundaries” as the theme. At the time, there was a lot of discussion online about what it meant to be a woman in a man’s world, and plenty of stories of violence and abuse against women.

Bartel says she wanted to create a series of photos that interpreted the conversation in her own way — photos that could express the idea that the oppression of women isn’t only found in extreme isolated incidents that make the news (things like rape or abuse), but that the effects can be “felt in lesser forms during the day to day.”

She therefore captured a series of photos showing an average, young, professional woman in routing daily situations. “The concept of male entitlement is represented by male arms and hands performing a variety of actions that are overwhelmingly intrusive on her body and her life,” Bartel says.

“In each situation she maintains a blank expression, a visual choice that demonstrates how conditioned we as women have become to accept this atmosphere as excusable and even normal. A slightly hyper-real post processing style was implemented to emphasize that these actions, whether large or small, all perpetuate the idea that ‘woman’ does not mean the same thing as ‘human.'” 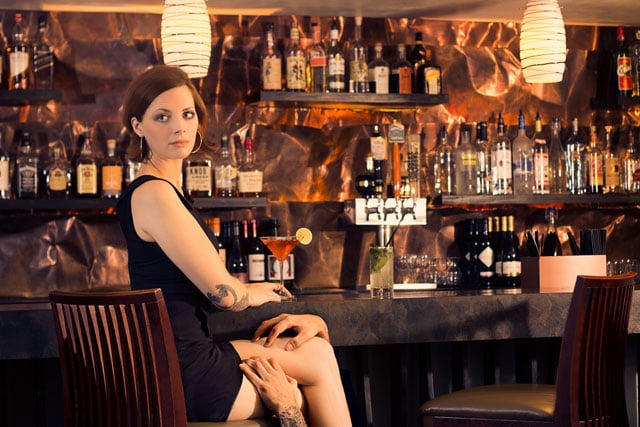 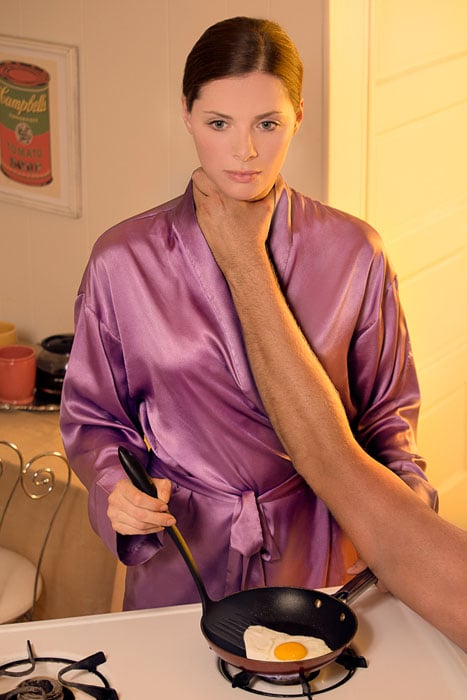 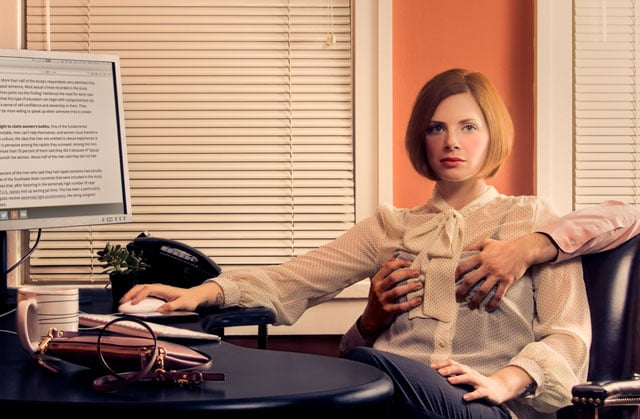 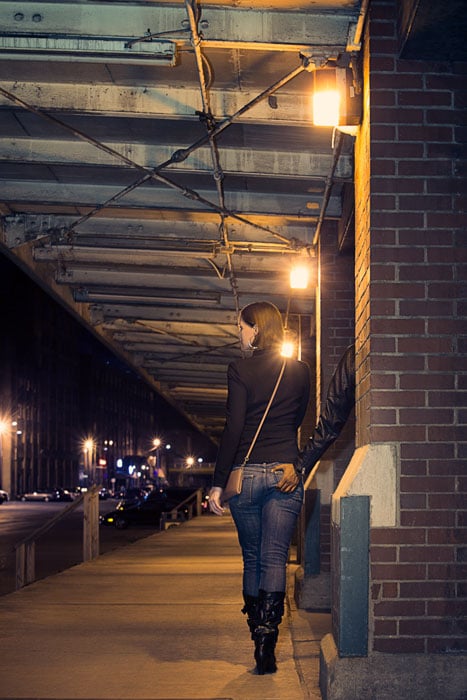 You can hear more from Bartel about her thinking and process over on her website.

Image credits: Photographs by Allaire Bartel and used with permission

Profoto B2: The World’s First Off-Camera Flash That Can Also Be Used On-Camera