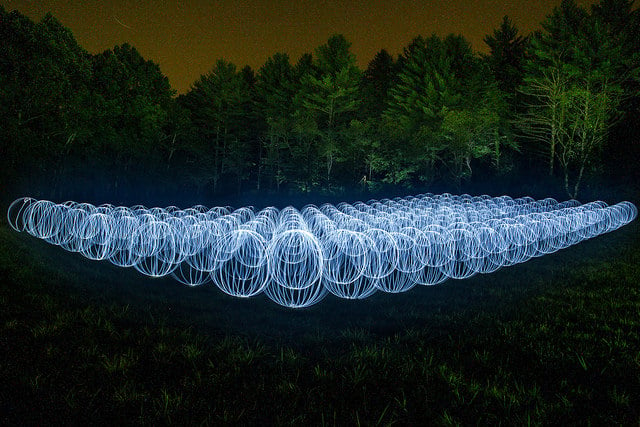 Did you know that there’s a Guinness World Record for the most light orbs painted into a single long-exposure photograph? The record was most recently broken by a group of 12 notable light painting photographers who gathered together in the middle of last year to create a photo featuring 200 light orbs.

The team was inspired by the previous record holder, a photo titled “The Century of Light Orbs” by photographer Andrew Wells: 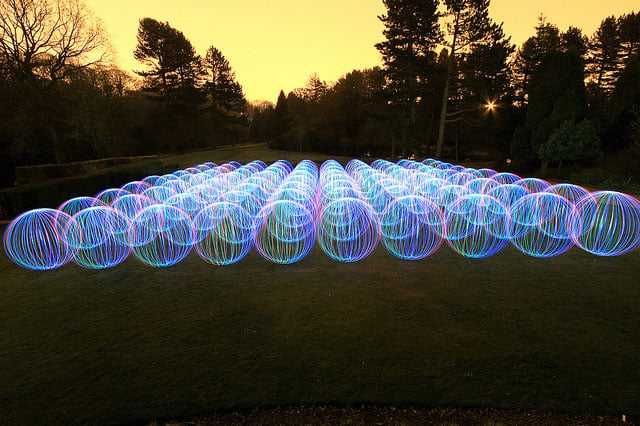 On July 19th, 2014, 12 notable light painters converged on a large open field in the middle of the Blue Ridge Mountains in Floyd, Virginia, to break Wells record.

Photographer Dennis Calvert, one of the participants, tells us that this photograph has since been verified by the Guinness World Records as an official world record.

Here’s a behind-the-scenes video showing how the 200 Orbs project went down:

The Invisible Photograph: 5 Short Documentaries on the Hidden Side of Photography