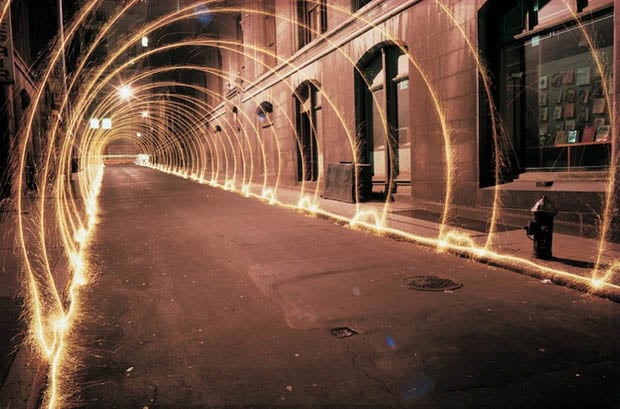 Light painting has become quite trendy as a photography project as of late, but it’s by no means a new idea. The earliest known light painting photos were created back in 1914, and the technique has been employed by countless photographers over the years — including Pablo Picasso in 1949.

Another artist to use light painting decades ago was American artist Eric Staller. In the 1970s, Staller would roam the streets of New York City, armed with a Nikon 35mm SLR camera, some 4th of July sparklers, and a set of Christmas lights. The surreal light art he created at the time is better than many of the light painting efforts seen these days with the latest and greatest digital cameras.


As is common with this technique, Staller would visit a location at night, set up his camera on a tripod, expose a frame of film for several minutes, and then paint in various things into the scene (e.g. glowing passageways, orbs, outlines of cars, 3-dimensional boxes). 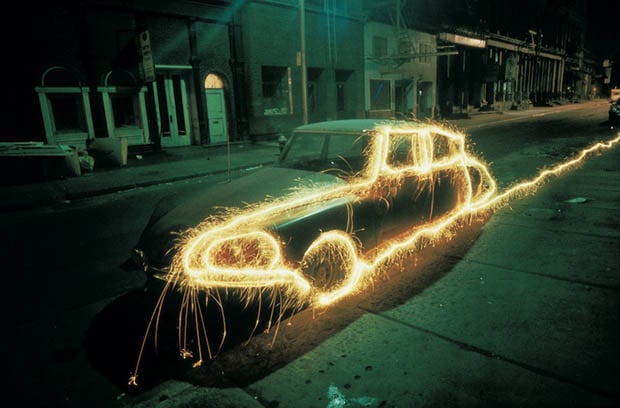 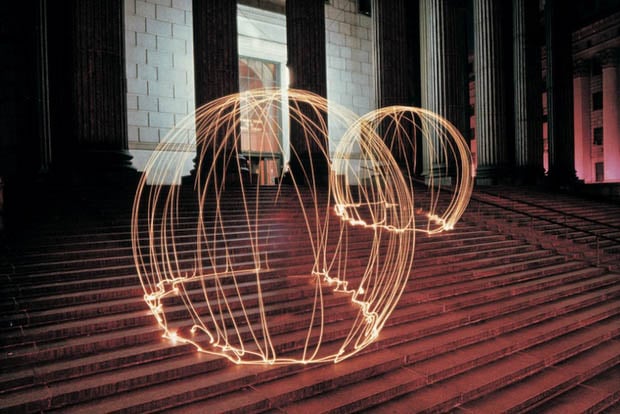 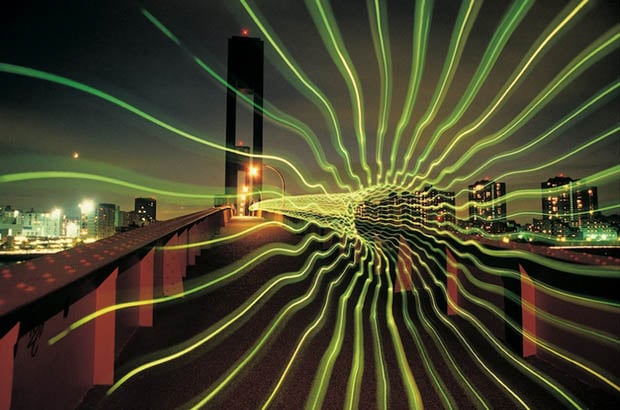 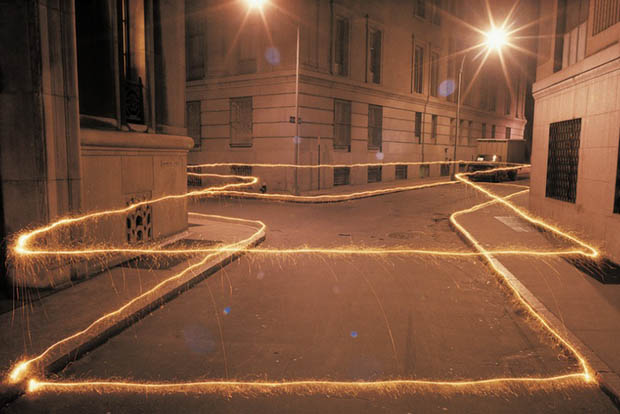 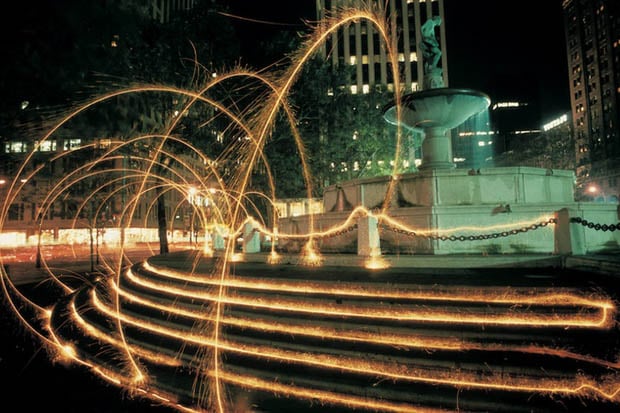 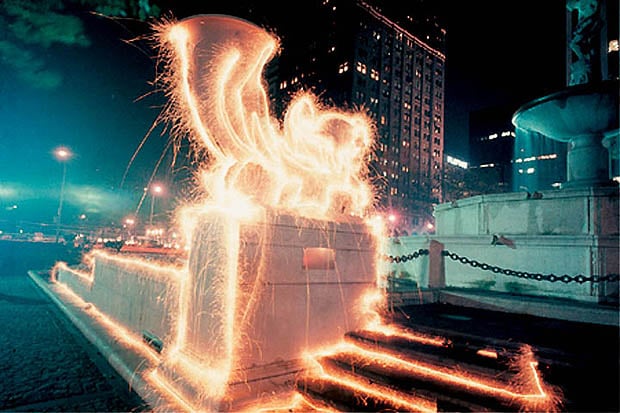 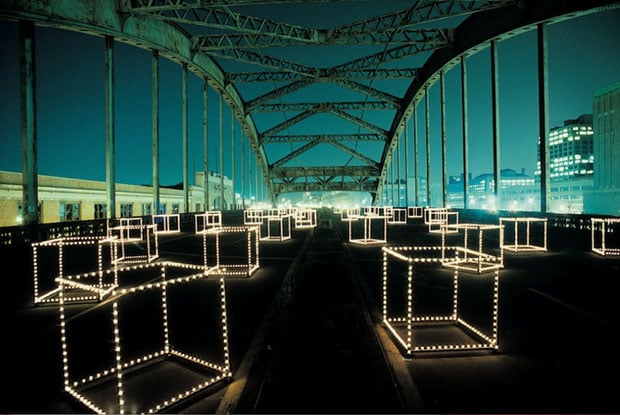 This photo, titled “Ribbon of Hannover Street”, was created by attaching 5 sparklers onto a broomstick, holding it at arms length, and walking around the street for 5 minutes: 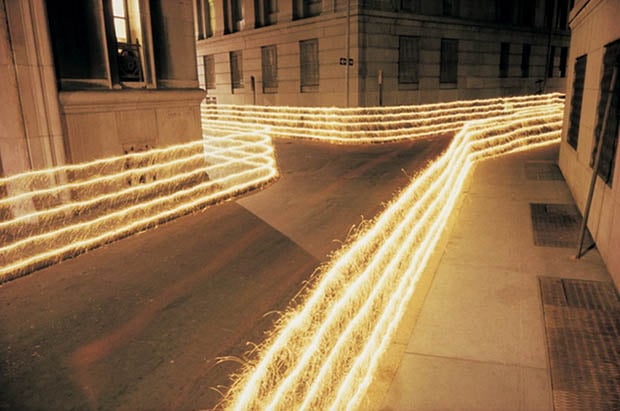 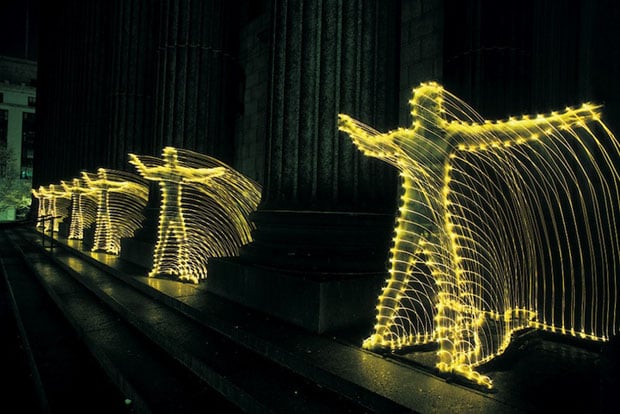 New York City at night was an enchanting place for me. The plazas, bridges, parks and monuments, empty and eerily quiet at night, were dramatic stage sets waiting to be transformed. Transformed by my magic wand: the 4th of July sparkler. Late at night I drove around in a beat-up station wagon, looking for places and ideas to jump out at me. When the moment was right I set up my Nikon on a tripod and planned a choreography with light. Each sparkler lasted about a minute, so that was the amount of time I had to make the drawing. I would lock the camera shutter open, light the sparkler and quickly walk down the street, holding the sparkler at curb level, to complete the composition before the sparkler went out. I felt a strong sense of exhilaration, like running the 100-meter dash with a flaming torch! Getting the film back from the lab was even more exhilarating: it was magic, my presence was invisible! There was just this trail of liquid fire.

Suddenly I was drunk with the possibilities. I proceeded to outline everything for my photos: cars, trucks, streets, monuments. The energy was packed into one-minute performances. I worked through the night and although I was alone and even lonely, my romance for the city was sweet indeed. At dawn I would go to Fulton Street to watch the fishermen come in, or to the Lower East Side for the first hot bagels of the day.

Created between 1976 and 1980, his resulting photographers were together titled “Light Drawings” and exhibited around the world. Staller tells Flavorwire that, “Even the most technical people in the photography world were mystified about how these photos were made.”

You can see more of these photographs over on Staller’s website.

Image credits: Photographs by Eric Staller and used with permission