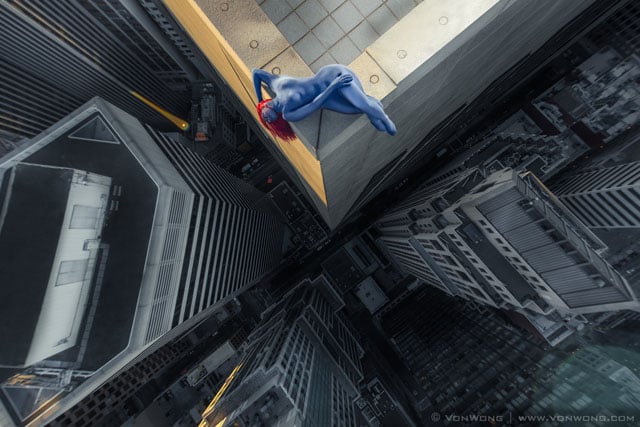 Photographer Benjamin Von Wong wanted to capture the fearlessness of superheroes without the use of a green screen or cheap special effects, so he recruited some ordinary people, dressed them up as well-known comic characters, and placed them on the edge of certain death.

The portraits he captured shows the models standing on the corner of a tall skyscraper in San Francisco.

“Every child has dreamed of being a superhero,” he says. “It’s a fantasy we’ve all had at some point. We imagine ourselves standing on the edge of a building, overlooking the city, hair blowing in the wind.”

But as we get older, we slowly stop having these fantastical dreams. With this series, Von Wong wanted to let people see themselves as they did when they were kids.

Here’s the corner of the skyscraper he picked. It overlooks Market street in SF: 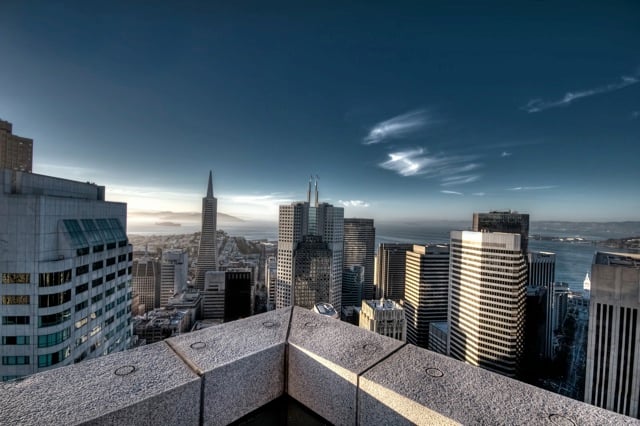 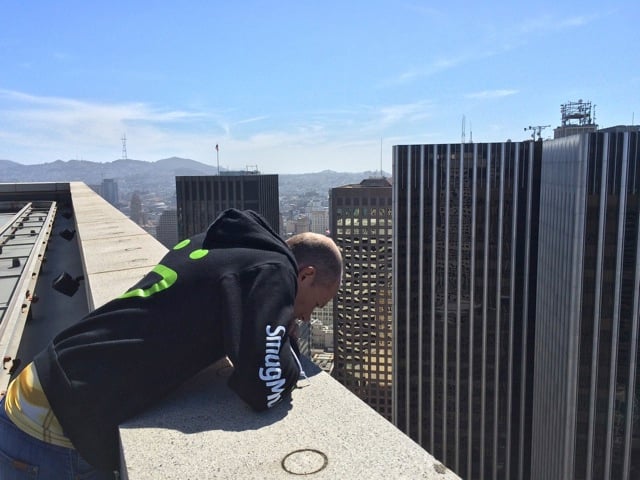 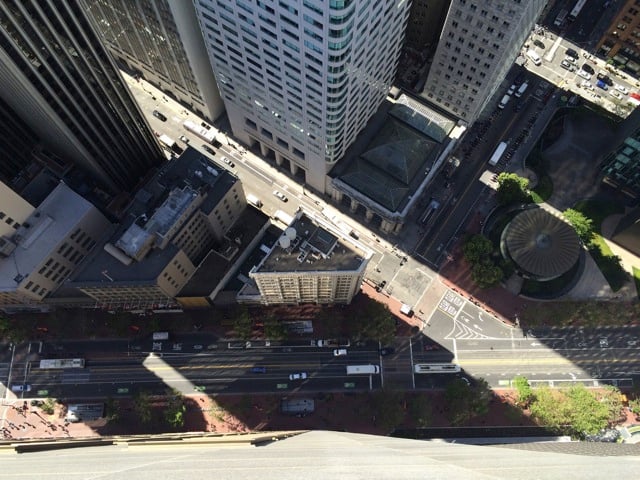 Just like with his project of turning ordinary people into superstar athletes, Von Wong selected an ordinary group of employees from SmugMug as his subjects. “These weren’t professional stuntmen,” the photographer says. “Just dads, engineers and customer service people.” 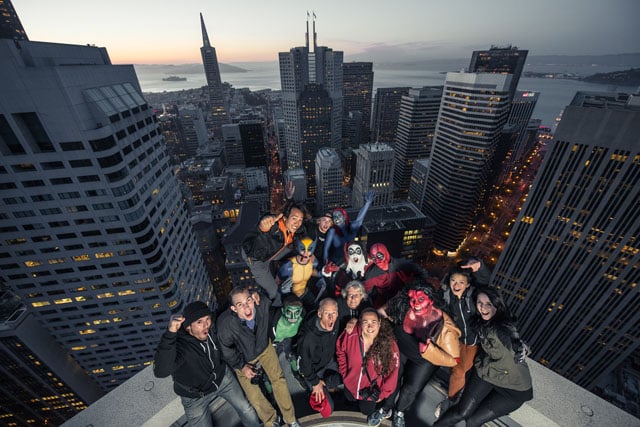 The models were forced to face their primal fear of heights, standing on the edge of a skyscraper in strong winds with only a safety cable protecting them from falling to their certain demise.

After convincing each model to inch closer and closer to the 1,000-foot drop, Von Wong captured photographs of them with a Nikon D800E and 14-24mm lens positioned directly above them looking down. The camera was attached to a heavy-duty steel boom and controlled wirelessly from a laptop from the safety of the roof.

Here are the resulting photos that he captured (the costumes were created by the models themselves): 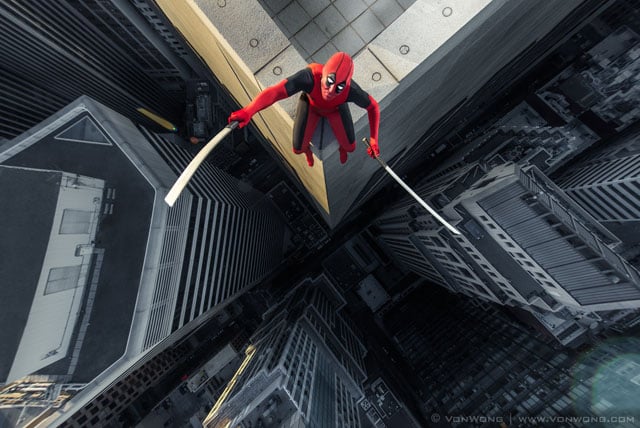 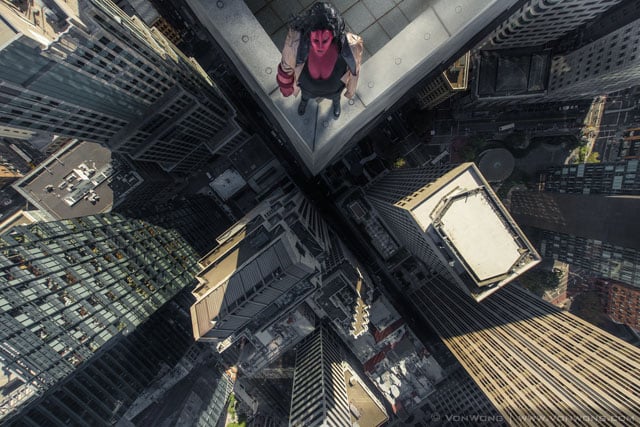 For a closer look at how this photo shoot went down, check out this 7-minute behind-the-scenes video:

Image credits: Photographs and video by Benjamin Von Wong and used with permission

This Leica M-P ‘Correspondent’ Edition Was Designed by Lenny Kravitz