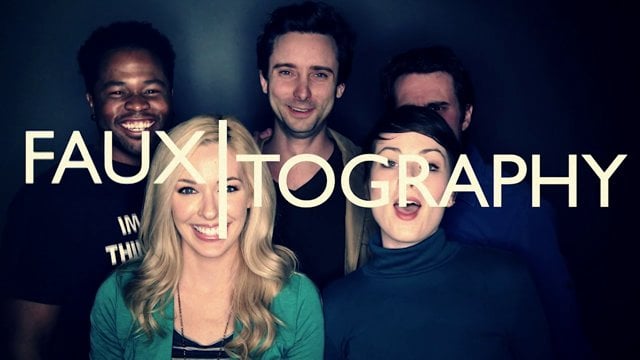 Need a new show to watch? Fauxtography is a new comedic web series that’s geared toward people who love photography. It’s about the life of a young photographer who’s struggling to figure out his work and personal life in the midst of the ongoing Instagram revolution.

Here’s the short description of the show:

Fauxtography is a comedic web series that follows Jeff, a 20-something year old photographer struggling to find his way in the Instagram Era – where anyone with two thumbs and a phone is now a “professional.” Jeff also finds himself navigating the single life after breaking up with fashion designer Laura, who is now dating Steve (a clueless hipster “Instagram-ographer”).

The first episode “aired” on the show’s YouTube channel on December 1st, 2014. Subsequent episodes have been posted every 2-3 weeks or so.

Here are the episodes that have been released so far (Note: There’s some strong language):

A similar show called Shutterbugs launched back in September 2011. That show ran one season and ended up with a total of 12 episodes, which can still be watched here.

How to Protect Your Camera Gear from a Robber