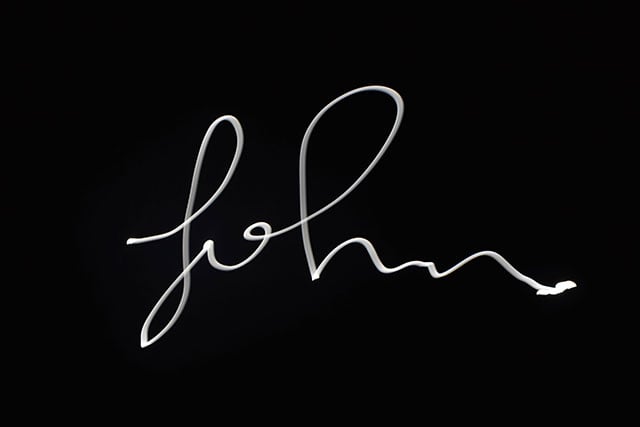 That’s what photographer John Kraus attempted recently, and the photo above shows the results of his effort.

The idea is simple, but nailing the shot is challenging: you’ll need to wave your camera through the air based on feel, and even small mistakes in your movement can make your signature look very wrong.

Kraus was shooting with his Nikon D3300 and an 18-55mm kit lens with a 5 second exposure at f/10 and ISO200. It took him 105 attempts over the course of 30 minutes to get a shot he finally liked. Here are some of the outtakes (many of them haven’t been flipped yet, so they’re backwards): 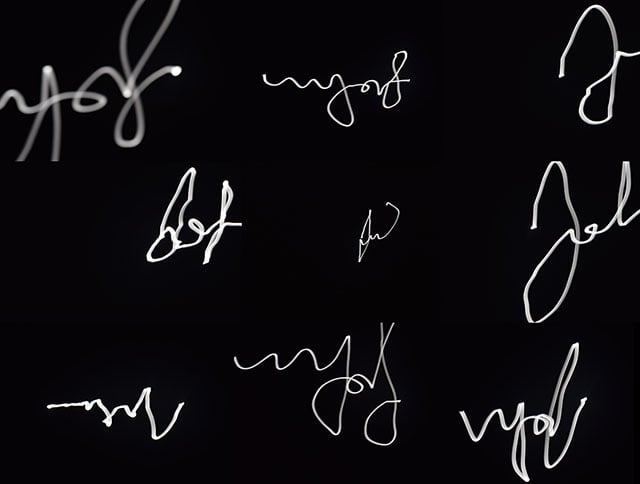 Kraus’ “keeper” could make for a unique and interesting watermark for his other photographs.

Image credits: Photographs by John Kraus (@johnkphotos on Instagram) and used with permission

Illusion of Lights: A Time-Lapse of the Night Sky Above the Western United States