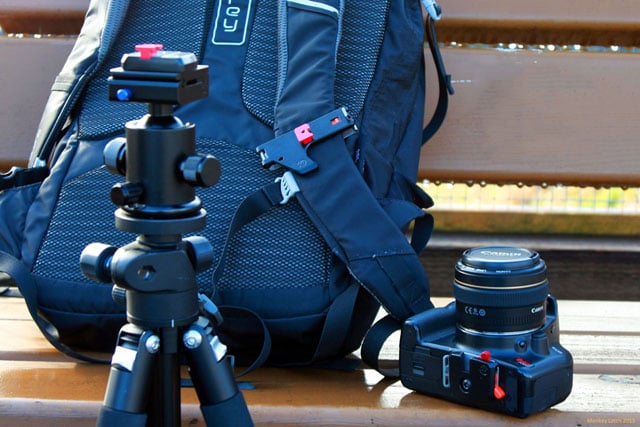 Wilson Tse and Craig Hansen of British Columbia want to make it easier for photographers to switch their cameras between accessories such as straps and tripods. The duo has created a new universal camera mount system called the Monkey Latch that aims to tackle this issue.

It’s a quick release system that lets you move your camera from one accessory to another in just seconds with one click.

Monkey Latch works with any camera that has a standard ¼-20 mounting point. The system comprises four components. The first and main one is the Base Plate that attaches to your DSLR, which is designed to not interfere with the battery door on most DSLRs: There are also Tripod, Pack, and Sling mounts that receive the Base Plate when attached to standard tripods, backpack straps, and camera slings: 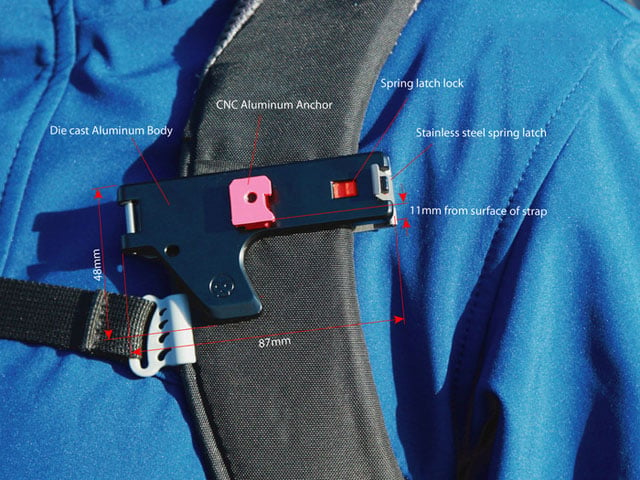 Here’s a short video that offers a close look at how the system works:

All the major components in the Base Plate and mounts are crafted out of sturdy aluminum alloy, stainless steel, and polypropylene.

Here’s a pitch video in which Wilson and Craig introduce their creation:

The duo is currently raising funds to launch the Monkey Latch system over on Kickstarter after developing it for the past five years. You can preorder a basic plate and tripod mount with a $60 contribution. They’re hoping to ship the first units out to photographers in May 2015.