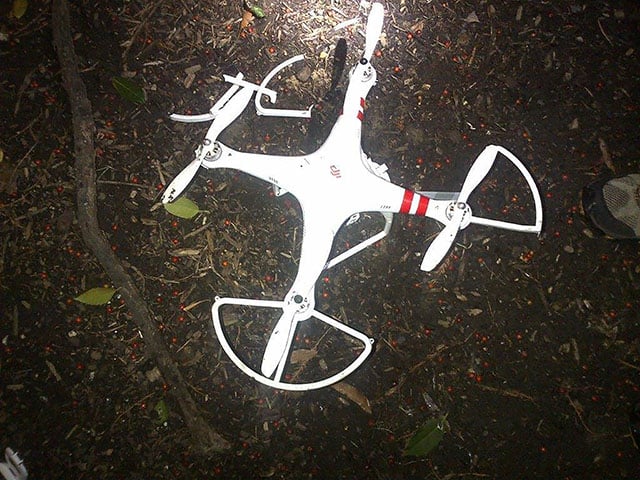 Photographers have long been grumbling about the FAA’s tight regulations for camera drone usage, and the actions of one operator over in Washington DC aren’t going to help the cause. An anonymous DJI Phantom owner and government employee crashed his DJI Phantom quadcopter on the White House lawn yesterday morning, causing a lock down of the President’s residence.

The New York Times reports that the radar systems used by the White House to detect flying objects completely missed the camera drone, causing authorities to wonder and worry about the security risks posed by the affordable remote-controlled crafts.

Just yesterday we shared a lighthearted example of how an ordinary camera drone could be “weaponized” (though in that case it was with fireworks rather than lethal weapons).

Officials say the camera drone could easily be confused with a large bird, and that bringing down an intruding drone could be tricky. Former Secret Service agency Daniel Bongino tells CNN that shooting down the drone is out of the question due to safety risks, and says that “the only way to mitigate the threat of a drone carrying a camera or explosives is to attack it on the [radio frequency] side,” jamming or taking over the signal. 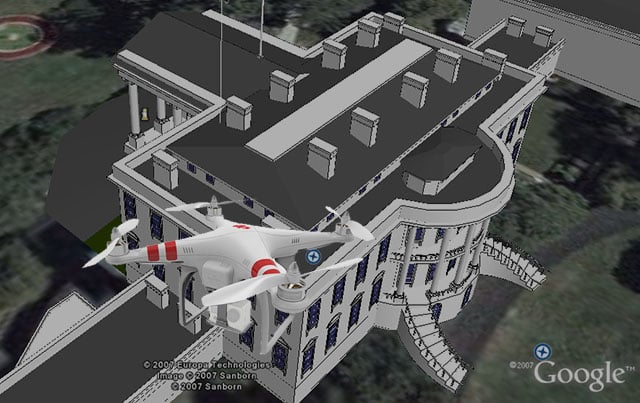 A Secret Service agent was reportedly patrolling the White House grounds at 3:08AM Monday morning when he saw and heard the camera drone flying nearby at a very low altitude. Shortly afterward, the drone crashed onto the lawn and was recovered by agents.

A government employee later called the Secret Service to report that he had been flying the DJI Phantom recreationally when he lost control and crashed. Flying a drone is illegal in Washington DC due to the sensitive nature of the airspace. The man has not been charged with a crime, and it is not yet known why he was flying his camera drone at 3 in the morning.