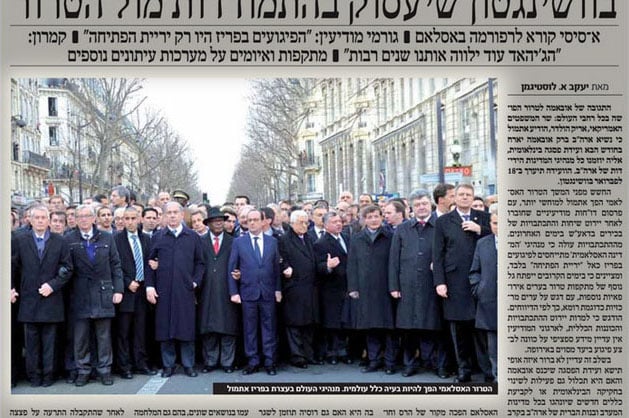 Millions of people — including many world leaders — took to the streets of France this past weekend to show solidarity in the aftermath of the Charlie Hebdo terrorist attack. The gathering in Paris, the largest in the history of France, made the front pages of major newspapers around the world.

One ultra-orthodox Jewish newspaper decided to cover the story a little differently, though: it’s front page photo was a manipulated one that left out female world leaders.

People noticed the discrepancy in Israel’s Haredi newspaper The Announcer after seeing some strange areas in the photo and then comparing the image to the original wire photo.

Here’s the image by photographer Haim Zach that was sent out by the wire service GPO: And here’s a screenshot of the newspaper’s front page story: 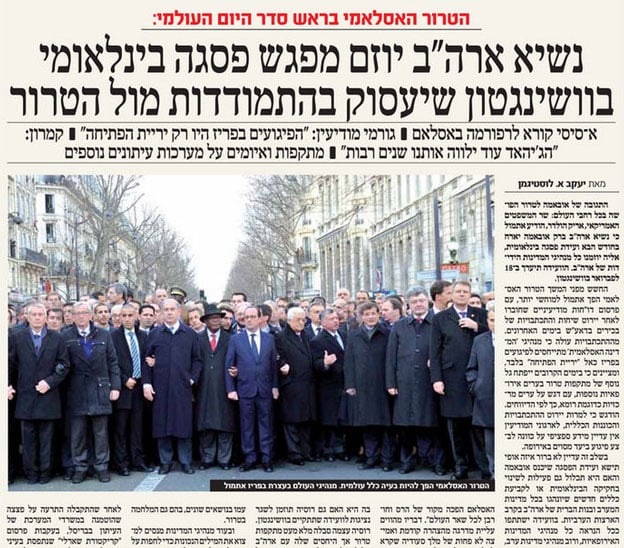 It appears that the women have mysteriously disappeared from the image (some ‘shopped out, and some cropped out); they include: German chancellor Angela Merkel and Paris mayor Anne Hidalgo. 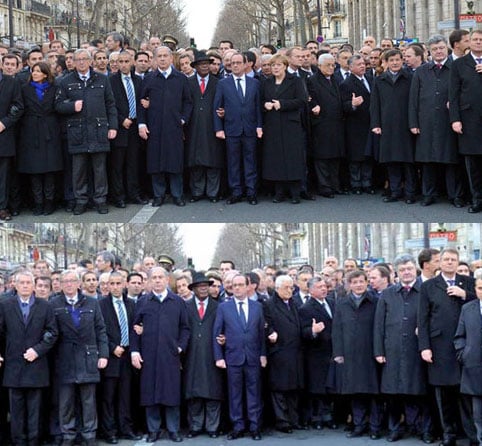 Mediaite points out that there are a number of very peculiar areas that give the Photoshop job away (notice how one man is now wearing a single glove at #2 and how a number of monster heads have appeared at #1, #4, and #5): 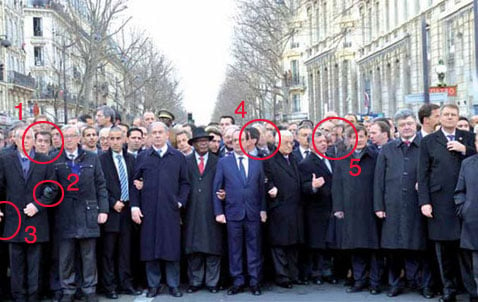 This definitely isn’t a unique incident but rather a matter of policy: Haredi newspapers are known to have editorial policies that prohibit the publishing of photos that show women since it considers the female body to be immodest. Back in 2011, a different Jewish newspaper removed Hillary Clinton from the iconic Obama Situation Room photo.