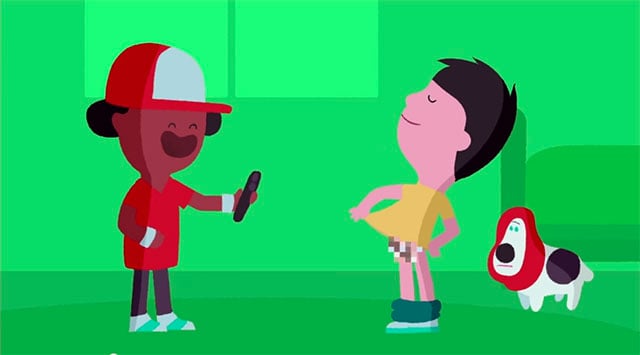 As photo sharing becomes one of the fastest growing niches in social media, a new British advertising campaign is warning kids and their parents about the dangers of sharing too much through online photo services.

The campaign is called “Be Share Aware” and was created by the National Society for the Prevention of Cruelty to Children (NSPCC), one of the leading children’s charities in the UK.

Two advertisements were created for airing on prime time television and sharing across the Web. The first is titled, “Have you seen Alex’s willy?” It tells the story of a boy named Alex who thought it would be a good idea to send a photo of his privates to a friend of his through social media.

Just like it has happened so many times in the real world, the photo gets saved, leaked onto the Web, and viewed by countless people across Alex’s world:

The second ad is titled “Lily and the Boy.” It tells the story of a naive and share-happy girl named Lucy who shares too much of herself through online photos. In doing so, she attracts the attention of a “boy” who turns out to be a child predator:

NSPCC says that more and more kids are receiving smartphones and that it’s extremely easy for children to join photo sharing sites and access “sexual, violent or other inappropriate content.”

“Our Share Aware campaign gives parents straightforward, no-nonsense advice that will help them to untangle the web and feel confident talking to their children about online safety.”

(via BBC via DigitalRev)