One second per day videos have gotten quite popular in recent years, and now there are even apps that can help you do the project. Ben Schmidt of Saskatoon, Saskatchewan in Canada decided to take the concept to the next level by delivering a speech over the course of a year by saying one word to his camera per day.

He calls the resulting video, “365 – A One Word Per Day Reflection On Time.”

As Schmidt reflects about the nature of time in the video, we can see things in his world change around him. “Watch as my hair grows, my wardrobe changes, and the environment around me makes some amazing transformations,” he says. 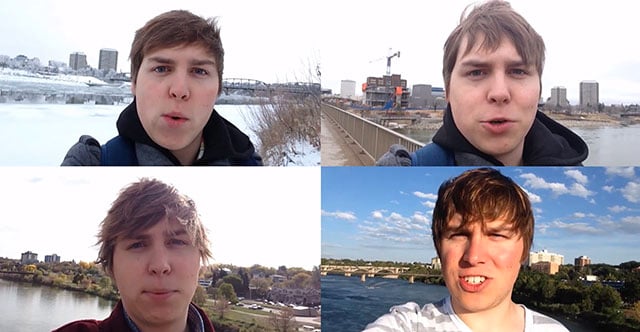 Here are a couple of interesting facts: the music in the background features 365 ticks of the clock, and Schmidt received four haircuts over the course of the year. The last haircut is at roughly the same time as the previous year, so the entire video “loops really well,” he says.