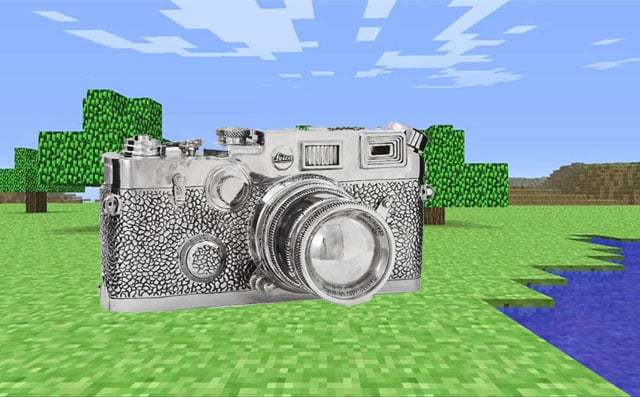 Here’s a super random piece of photographic trivia: that $1 million giant Leica sculpture in Los Angeles is likely now in the possession of Minecraft founder Markus Persson (AKA “Notch”).

As you might recall, Chinese artist Liao Yibai created three of the 770-pound, stainless steel sculptures, which were then displayed in Leica shops around the world. The largest of these sculptures was displayed in Leica’s Los Angeles store with a price tag of $1 million. That is, until it was sold this past August to an anonymous buyer.

This past week, the world was abuzz with news that Persson — now an extremely wealthy man after selling Minecraft to Microsoft for $2.5 billion — had purchased the most expensive home in Beverly Hills: a $70 million hilltop mansion. Here’s the video tour that went viral:

What’s interesting is what the home came with. La Vida Leica spotted that the house is being described as having a giant Leica inside as art. Here’s what CNBC writes about one of the home’s “features”:

Tons of art. From a giant Leica camera to a replica of James Dean’s motorcycle and a massive $250,000 sculpture of a hand-grenade and antique machine gun, the art in this house plentiful but manly.

So, unless the house sellers somehow got their hands on some other giant Leica sculpture, it appears that the $1 million sculpture was transported half an hour from Los Angeles to Beverly Hills and now resides in the new home of Notch.

Update: Commenters point out that the sculpture in the house can be seen at around 1:06 in the video. It appears to be smaller than the gigantic one that was at the Leica LA location, so it may be one of the other two smaller copies by Yibai: 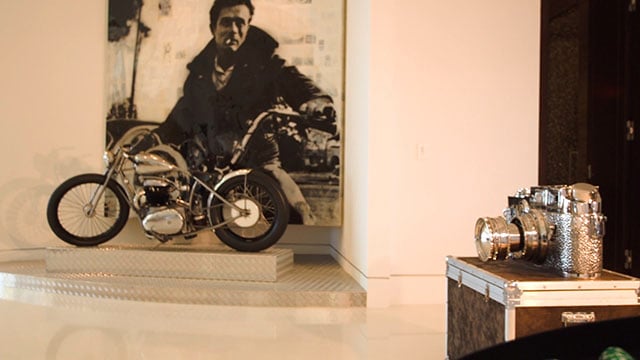 There’s a Nikon 2000mm f/11 on eBay, Complete with a Lens Cap and Carrying Case