A pair of high school sweethearts named Kevin and Molly got engaged this past week after being together for 7 years. To document his proposal, rather than hire a photographer or task a friend with hiding in the bushes, Kevin chose to take his unsuspecting girlfriend into a photo booth that captures both photos and video. The video above is what resulted.

Kevin writes that the photo booth he used provides customers with a special code they can use to purchase their photos and videos online (there are also “other novelties such as a giant blow up of the pictures”). 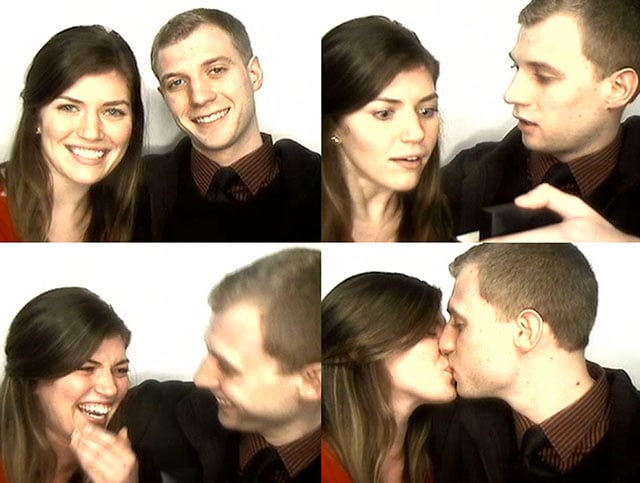 Luckily for Kevin, Molly said yes, and now the couple has a sweet little clip they can cherish for a lifetime.