Here’s a clever idea we’ve never seen before: a card that “loads” as you open it. Pull the card out of the sleeve and watch as the progress bar magically “works.”

The idea is by a DIY enthusiast named Calvin. This is what it looks like in action:

Making these cards yourselves isn’t difficult (but it is a bit time consuming). You’ll need a printer, scissors, tape, and an X-Acto knife: 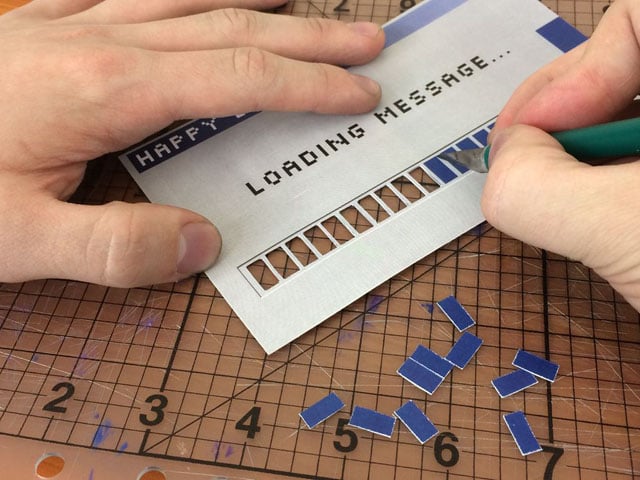 This same idea could be used to make a “Loading Photo” card. You’ll just need to make sure that the portion of the insert under the loading bar is a plain color (you might want to print your photo above the bar).

In addition to making a nifty greeting card, this could also be a neat idea for some kind of business card or promo — just put your photo on one side and other information about you on the other.

Head on over to the original tutorial on Instructables for a step-by-step look at how this particular card was made.

Columnists at The Guardian Debate Whether or Not Photography is Art

The Beauty of Norwegian Landscapes