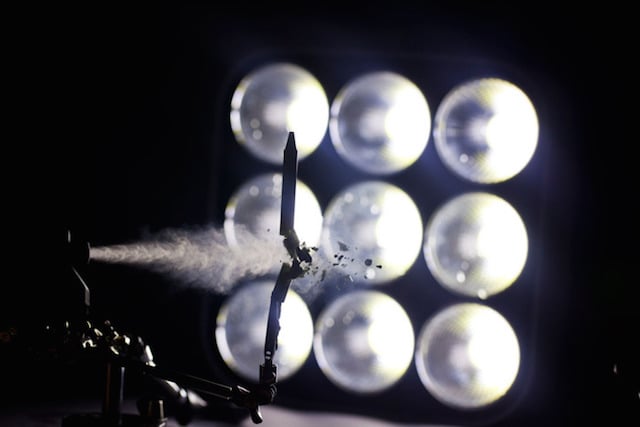 High speed photography is all about fast-flash; the faster your flash, the faster the instant you can adequately freeze on a digital sensor. Modern strobes are pretty good at this, with flash durations as fast as 1/20,000 of a second, but a Bristol-based company Vela Labs is about to take high-speed photography to unheard-of heights.

Introducing the Vela One, ‘the world’s first high speed LED flash’ that boasts a flash speed starting at 1/2,000,000 second, or 500 nanoseconds.

To solve the problem of clunky gear, power-hungry filaments and potentially dangerous heat that standard strobe can produce, Vela Labs turned to LEDs. But just plopping a bunch of LEDs into any arrangement wasn’t going to work.

To effectively reach the one million lumens they were wanting to achieve, conventional methods would require the use of 2,000 LEDs, which would be both massive and expensive.

Fortunately, after months of experimentation, the team has developed a way to power nine ultra-bright LED lights up to 20 times brighter than they’re rated for, giving off their goal of one million luminous, without overheating or damaging the LEDs in the process.

The resulting system can stop a super-sonic rifle bullet in its tracks. Something ye ol’ speedlight is nowhere near… well.. speedy enough to do. 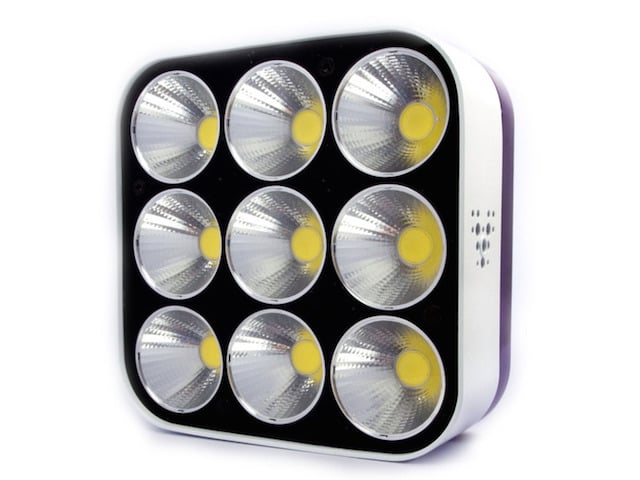 The system is packed inside a compact, powder-coated aluminum body and polycarbonate front panel that’s the size of a lunch box and can take a beating.

Perhaps best of all, it’s all powered by only four AA batteries — the same as a standard speedlight. And according to Vela Labs, just four AA batteries can power the device for hundreds of shots’ and ‘will easily last all day.’ The Vela One is currently being crowdfunded on Kickstarter, where it’s already raised 20% of its £25,000 (approximately $39k) goal, with 22 days still left to go. To secure yourself one of these babies, you’ll be taking a bit of a plunge into your wallet though.

To find out more about this incredibly powerful flash, or put down a pledge to secure one for yourself, head over to the Vela Labs Kickstarter by clicking here.

Power Hungry: Poignant Photos Compare the Meals of the Rich and Poor Throughout History