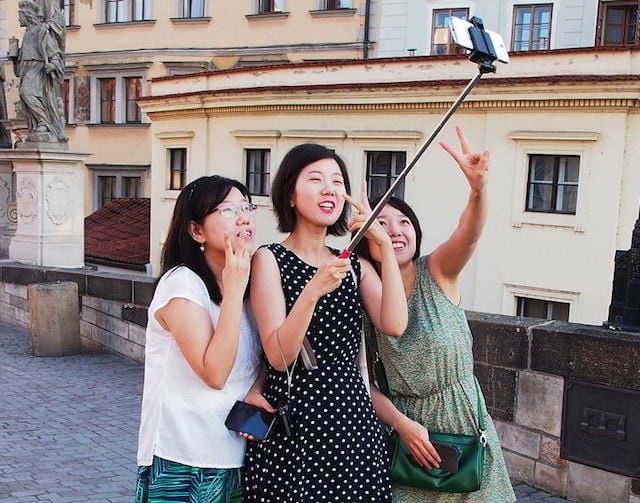 The South Korean government is threatening selfie stick retailers with fines of up to $27K and jail time over some of the group selfie products they’re selling, and it’s all because of electromagnetic radiation. Feeling lost yet? Us too.

According to Quartz, the issue is specifically with bluetooth enabled selfie sticks like the CamKix one below. These, claims the Korean Ministry of Science, fall under the umbrella of ‘frequency-emitting communications equipment’ and should therefore have to go through a much more rigorous testing process to ensure they’re safe for the general public. Because of this, the government is threatening retailers who are selling ‘unauthorized’ selfie sticks with hefty fines to the tune of as much as $27K, as well as jail time.

Last week, the Ministry of Science officially asked citizens to report illegal sales so they could confiscate the devices, and on Friday the government warned that they would begin doing checks on retailers. Meanwhile, Korean bloggers have come out to protest the government overstepping.

Who knew a selfie stick could be such a deeply controversial piece of equipment?