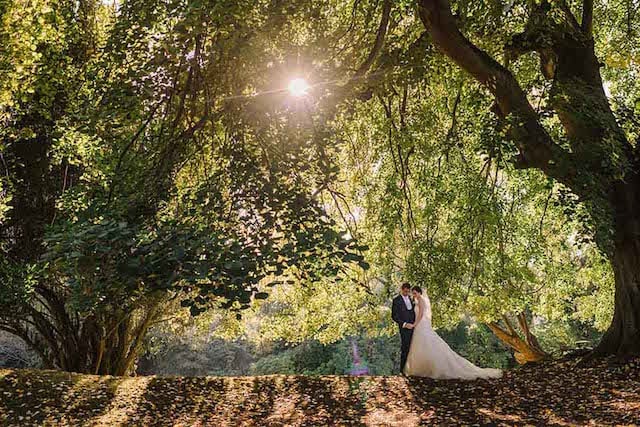 With the release of the D750, much has been made of its ability to recover shadow detail. Given the range of talents that the D750 has it is strange that this has been singled out given that the D800 and D4, released in 2012, outperform it in this regard, and the cheaper D600 (also from 2012) is able to match it at base ISO. And the old guard, the D700, D3 and D3s, weren’t too shabby at recovery either!

With news of incredible shadow recovery typically there comes two responses: the hyperbolic “That’s amazing! I want one NOW!” and the cynical “you wouldn’t need shadow recovery if you exposed right.” There is, of course that third response: ‘I wish the 5D MkIII could do that’ but I won’t get into that here…

The first obvious advantage of this is to ‘save’ badly exposed shots and camera reviews regularly point to this. In the frantic world of wedding photography, I’ll readily admit to having been thankful of this ability on more than one occasion. But if this is all you use it for then you’re perhaps missing out on the creative avenues that this sensor technology affords you.

As photographers, we strive for correct exposure but the ability of modern Nikon cameras to find details in shadows opens up a debate as to what correct exposure actually is. More and more, I find myself technically exposing wrong with post-processing in mind.

As a wedding photographer, my wife and I often find ourselves shooting portraits when the sun is highest in the sky: conditions generally considered to be unfavorable in portraiture. In the past these situations were addressed with fill flash, reflectors or frantically searching for open shade. The current range of Nikons gives us another option – creative underexposure. 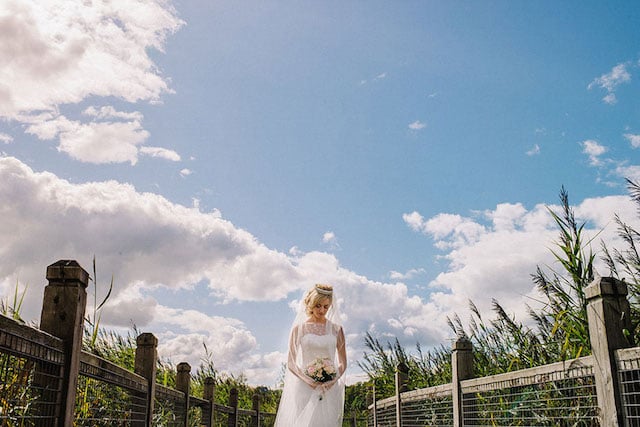 This image, shot on the enthusiast level D610 was taken in 2pm bright summer light. Knowing the limits of the D610 sensor I was able to deliberately underexpose by around 2 stops to retain sky detail, knowing that I could later recover the shadows.

Straight out of camera (SOOC) the image isn’t pretty… 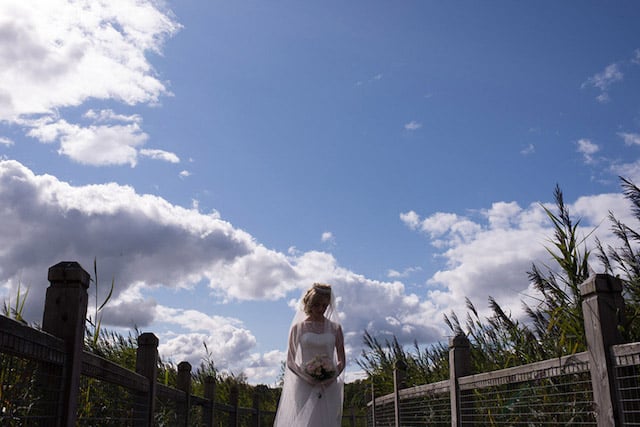 Had I exposed for skin, the SOOC shot would have looked more like this: 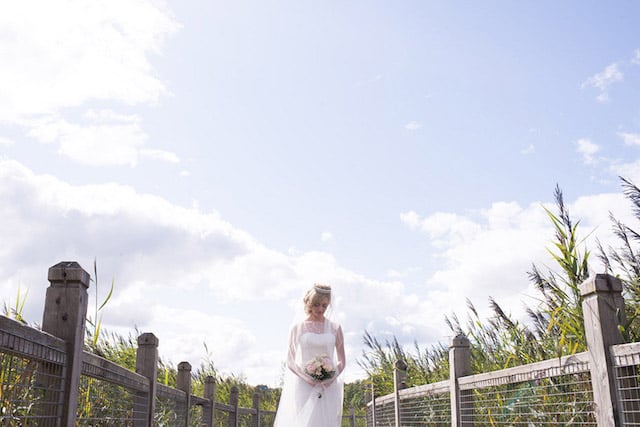 The clouds and the bride’s veil would’ve been completely blown out, and the sky would’ve lost much of its color. The resultant image wouldn’t have been as evocative of the scene as we remembered it, while the deliberately underexposed image has given us something much better looking. 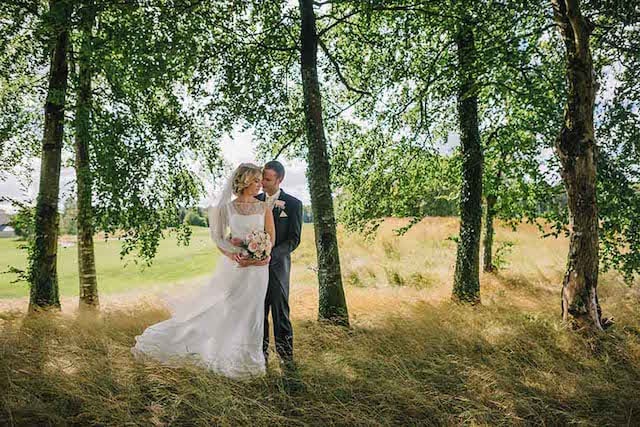 In the image above, from the same wedding, we fully exploited the abilities of the Nikon D800 to produce an image that again gave us something approaching what the scene looked like to our eyes.

It’s essentially a HDR picture but created with just one shot. The SOOC image shows just how much shadow detail it’s possible to recover with the D800. 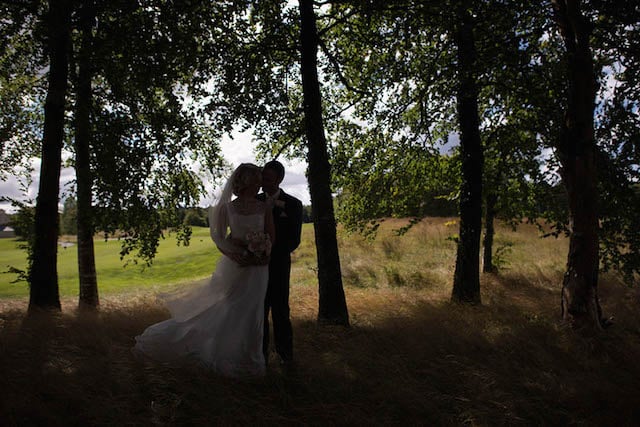 Of course, in open shade the other option is to expose for skin and blow the highlights (as in the image below). This is a softer, more ethereal style of shooting that we frequently use — and I’m sure many will prefer it. We just love having the option to take both kinds of photograph. 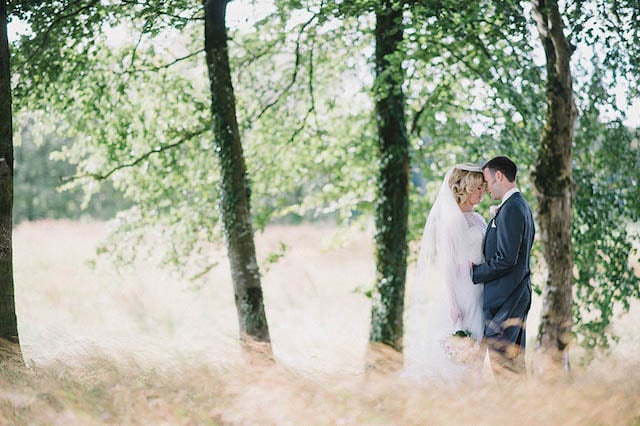 Retaining highlights is always our motivation for creative underexposing, be it cloud detail in this very extreme daylight shadow recovery: 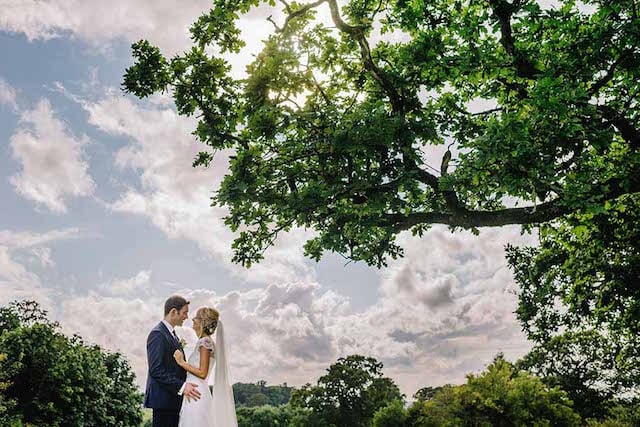 Trying to retain the colors of a sunset: 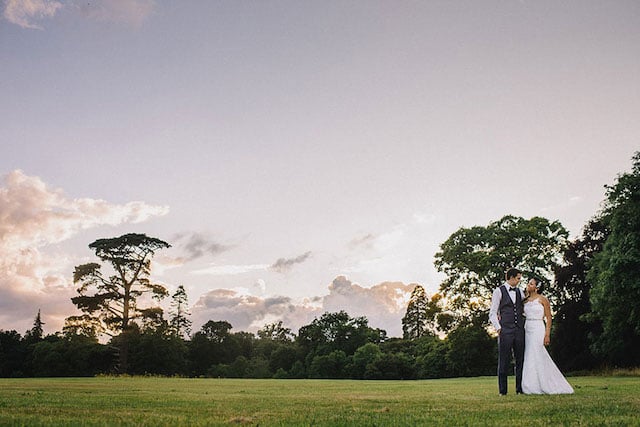 Or this less extreme example in capturing the last light of the day: 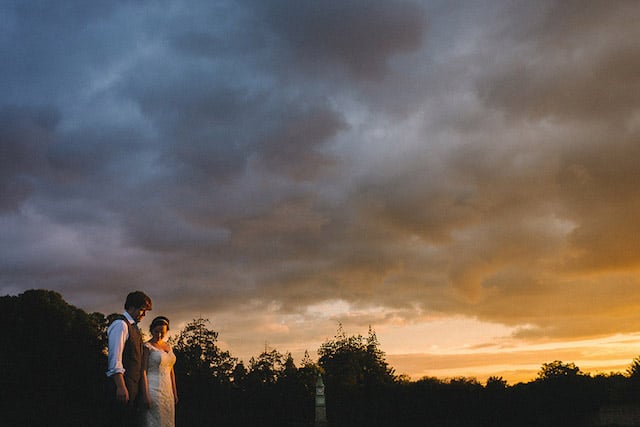 In all of these photographs, time was limited. The shadow recovery ability of the cameras, a D610 and D4, meant we didn’t have to set up any lighting or have assistants holding reflectors in order to capture the scene as we saw it.

Here’s how they look SOOC: 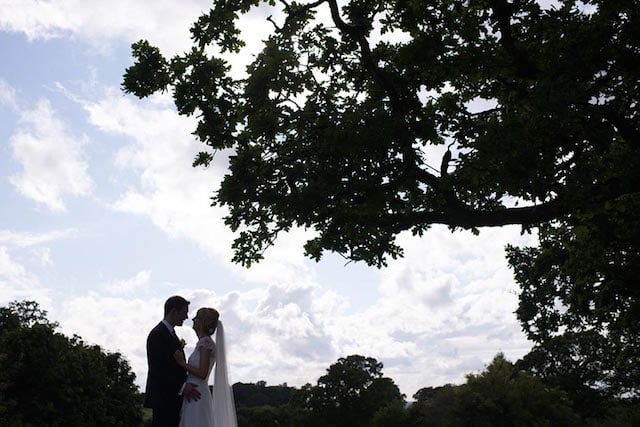 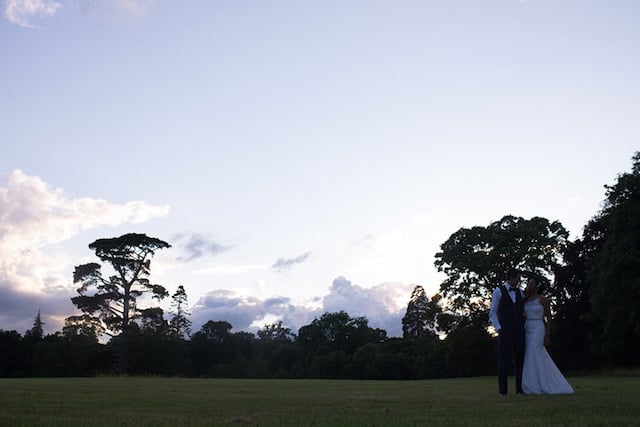 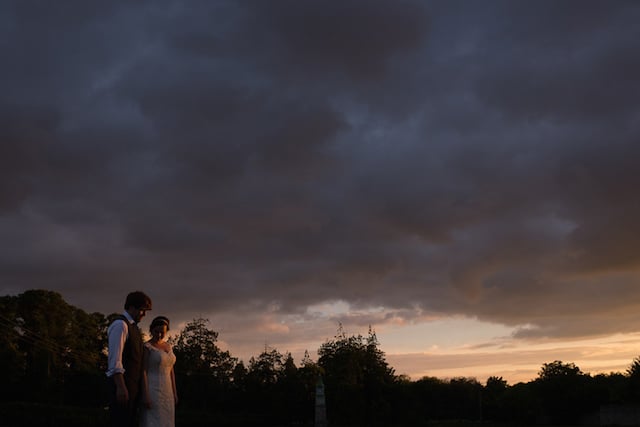 The important thing to point out here is that the wildly ‘incorrect’ exposure was the right exposure for what we wanted to achieve. In all these examples we took as much time and deliberation to get the under-exposure, as we would’ve done if exposing ‘properly’ for skin. The key is to know the limits of your camera and how to process the RAW image afterwards.

We shoot all kinds of Nikons – D4, D800, D750 and D610 bodies. Each of them has different shadow recovery abilities and you really need to get to know how far you can push the camera you are holding. In our experience the D800 (and by extension the D810) is by far the best. The D4 (D4s/Df) sensor performs slightly better than the D750 and D610, both of which seem to have virtually the same ability. We always shoot 14bit lossless compressed RAW at ISO 100 or as close to it as possible. At base ISO the camera’s ability to retain shadow detail is at it’s best – it’s noticeably worse (but actually still impressive) from around ISO800 on all Nikons we’ve used.

The following picture was shot on a Nikon D750 as the November sun was setting. We quickly put the couple into position, exposed for the highlights, composed and shot. In a matter of minutes the light was gone and we were left with this intentionally underexposed shot. Had we exposed for skin by bumping ISO, we would’ve lost highlights and the colors of the sky. Had we taken time to set up lights we’d have likely missed the opportunity. 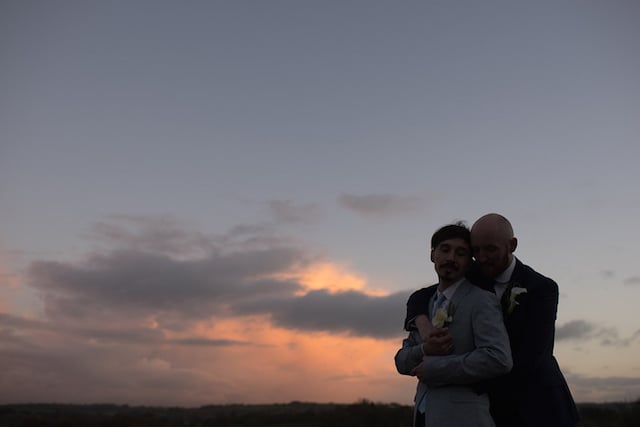 Editing was straightforward, involving little more than some basic tweaks and brush work. Here’s how we did it.

In Lightroom, start by importing and adding any filter you might normally use. In this case we used a modified VSCO film preset. 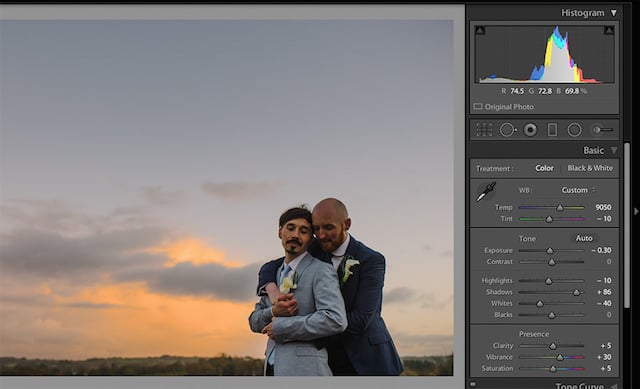 The first thing we do when recovering shadows is obviously to bump up the shadow slider. We’ll push it up to +100 if the image needs it. You may find that you need to bring down the black levels to add a bit of contrast to the image.

After that it’s a matter of balancing out the highlights, whites and exposure until it looks right — for experienced Lightroom users, this will take seconds. For this particular photo we added some vibrancy to help the sunset ‘pop.’

The next stage for us is to do a little brushwork if it’s needed. With a Wacom tablet this also should take little more than a few seconds. 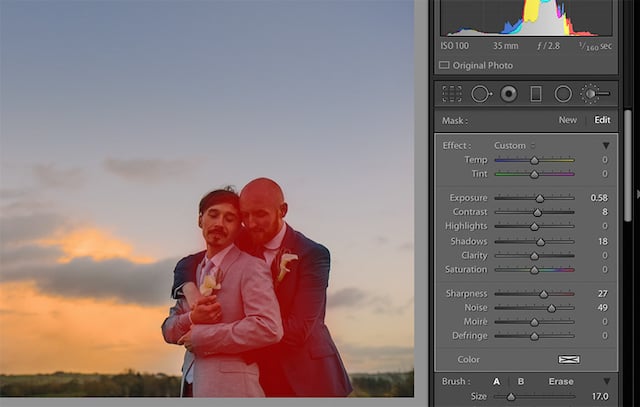 A little localized exposure increase and a further shadow lift with the brush tool improves things. We often add a little clarity and/or contrast to counteract the shadow lift. And finally some noise reduction and sharpness can clean up any grain that you might get from extreme shadow recovery. It has to be said that you can push these cameras a lot and often not need any noise reduction.

The end result is a balanced picture where both the colors and highlights of the sunset are retained and the couple don’t appear as removed from the scene as sometimes can happen when using off-camera flash. 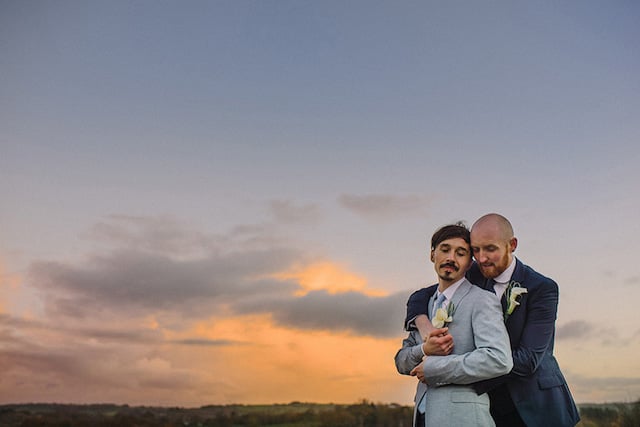 Having the ability to draw details from shadows so cleanly has changed not only how we shoot and post-process, but also the equipment we need to take certain kinds of shots.

Our flash triggers have been mostly redundant for 2 years now and our flashguns only really come out on the dance floor. We don’t use reflectors at all. The extra couple of minutes spent in post is negated by the time saved setting up equipment while shooting — allowing us to spot and shoot scenes quickly, taking advantage of beautiful but often fleeting lighting conditions.

More than ever, Nikon cameras are allowing us to deliver a processed picture that looks much closer to how our eyes perceive a scene. In many ways this perhaps signifies digital imaging coming of age – allowing us to do things that are difficult or even impossible to do with film.

While the results might not be to every photographer’s (or client’s) tastes, we love the versatility of being able to shoot this way. Perhaps 95% of the time there is no substitute or need for anything other than ‘proper’ exposure, but when the situation demands it, this is an invaluable weapon to call upon.

About the author: Deci Gallen and his wife Brideen are the photography duo behind Simple Tapestry, a Belfast, NI-based wedding photography studio. They love the excitement, romance, beauty, and unpredictability that every wedding brings with it, and are inspired by great music, great art and great people.