Footage shot with smartphones has become much more common in the world of journalism today, where quick turnaround times are just as important as getting the shot. Knowing this, one CNN cameraman wanted to see if it was possible for a smartphone (namely the iPhone 6) to keep up with a much larger, traditional broadcast camera.

To find out, 14-year CNN cameraman Harvey Hogan decided to pit the iPhone 6 against his standard broadcast camera in the heart of London’s Piccadilly Square.

The three-minute video above dives almost straight into the comparison. Hogan briefly talks about each of the cameras, then quickly gets to capturing a number of scenes simultaneously with both cameras.

Almost immediately, Hogan was able to notice a slight difference, but it wasn’t until he packed up his bags and went back to the studio that he realized just how big that difference was. 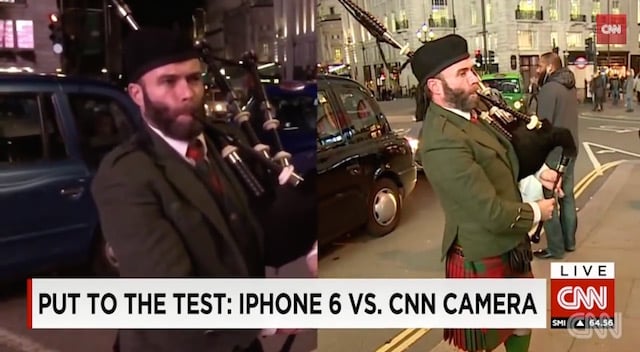 Sure, smartphones have improved over the years, but as Hogan can attest to from the footage captured in the video, it can’t even remotely keep up with the beast he carries around for a majority of his CNN work.

The iPhone 6 footage is plagued with high noise, washed out colors and lack of dynamic range, especially when performing in darker conditions.

In Hogan’s own words, “it’s like comparing a Mini to a Maserati.” 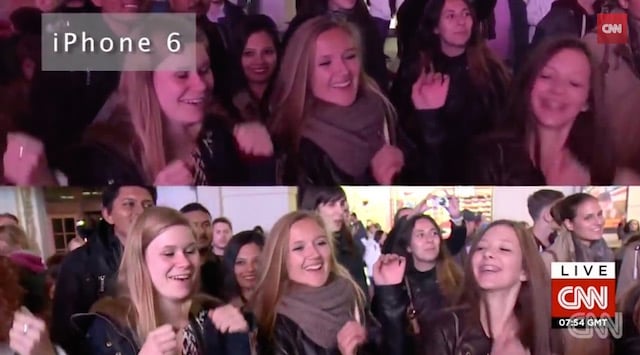 Just because the iPhone 6 can’t keep up with the broadcast camera doesn’t mean it’s useless though. The size difference alone gives it a huge advantage. Rather than a suitcase-sized beast, an iPhone 6 — or any other smartphone for that matter — can easily fit in someones pocket.

Additionally, the iPhone is much less intimidating when you’re filming on-location, which is key when you’re trying to capture more honest, on-the-spot answers and responses. 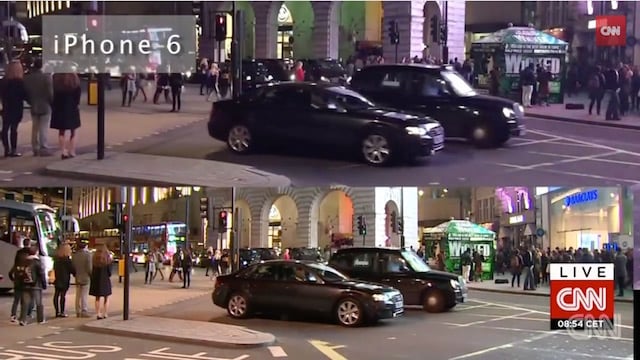 Regardless, the results shouldn’t surprise anybody. Smartphones aren’t meant to replace broadcast cameras. And through their ubiquity does play a critical role in the rise of citizen journalism, Hogan isn’t going to be trading down any time soon.