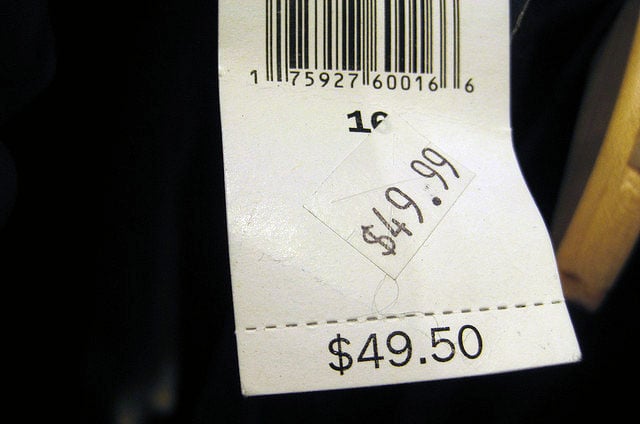 Lately, I have been seeing lots of memes and writings for photographers that try to justify the rates we charge to potential clients who seemingly do not understand what they are paying for or what the value of our work really is… from Cost of Doing Business (CODB) calculators to detailed lists of lenses to tediously explaining how long it takes to set up a shoot and pack all the gear.

And to the layperson (or non-pro photographer) that may seem right, but I think that it misses the point totally. The point is that it is the value of the image that we are charging for. Not the amount of gear we own, and not how long it took to master an off camera flash.

Because no one, especially not your client, cares.

The fact that you own a lot of gear that cost a lot of money, have purchased a vehicle to transport that gear, and spent long hours mastering its use is a given. Of course you have. Otherwise you would not be a professional photographer. Period.

I do not care how much it costs to make a movie, I just want it to be good, entertain me for a while, and hopefully not have Alec Baldwin in it. The budget is of no interest. The movie is either good or it isn’t.

Big budget movies have totally bombed, while some made on a shoestring budget have been amazingly popular.

So it is with photographers. You either can produce an image that satisfies the needs and desires of your client, or you cannot. Whether you shoot a Canon or a Nikon is of surprisingly little interest to them.

The Trouble with CODB and Commercial Photography

Let’s start out by stating that I do not have any problem with CODB and the knowledge one gets from going through that exercise. It is valuable for sure.

But for commercial photographers, stop at the point where the calculations ask you to now figure how many hours and at what rate you must work to make the income you stated. That is nonsense for most commercial shooters.

It simply does not work that way.

Let’s say we have two photographers working out their CODB. One lives with his parents (Charles), and one lives in a nice apartment downtown (Steve). Charles has a simple kit and does most of his work on location while Steve maintains a modest, but well appointed studio in the photo district. Charles drives a 2001 Subaru, and Steve a 2011 Escalade.

Doing their CODB in a calculator they found online, it is discovered that Charles needs $2900 per month to break even, while Steve needs $6600 per month. If we take that to logical ends, Charles can ask for fees that are less than half of Steve’s fees for the very same gig.

For example, in comes a bid for a regional resort and they need brochure and online photographs that will be used for two years, and will take three days to complete.

If Steve bids $10,000, does that mean that Charles can bid $5,000 and make the same profit? Maybe… but it is not about costs to the photographer, it is about value to the client. The client, in this case a resort, needs great shots. They looked through portfolios and found Charles and Steve, and called for bids based on the quality of work they saw in the portfolios.

Not based on Charles living at home and driving an old beater, nor Steve’s bright shiny SUV.

They don’t care. What they need are images that will increase guest bookings by 8-10% over last quarter. What they need is a great set of food shots to point out the new executive chef that was hired at great expense. What they care about is getting the shots they need to increase their business.

So What Is The Job Worth?

The job is worth what the client thinks is the value of the work being presented. And that is all they wil pay.

If they client thinks the work is worth $10K, and they hired Steve, they are happy. If they hire Charles, they are happy, and they save $5K… which Charles left on the table because for some reason he had been calculating his fees on a calculator that was not designed for this business. Charles looked at the value of the image as it pertains to the creation of it, while the clients place the value of the image as to what it will do for them.

(Portrait and maternity photographers can certainly use the CODB calculator and then look for bookings based on those calculations. The reason is that the product they are selling is a set price product. ALL package A, “Platinum Romance” sell for $750, and sitting fees are always $100 or whatever. Now figure how many Package As need to be sold to break even.)

Commercial photographers have no such set pricing point. My bud shoots for a national pet supply company and bills $40K for a 3 hour job once or twice per year. Because that is the value that the company puts on his ability to make shots of their products that increase business. A 2% increase in business may be tens of millions of dollars to them. They are happy to invest $40K to make $10M.

Let’s look at a circumstance where the image is the same, but the value to the client is far different.

Job A is a headshot of a local model/actor who is needing a new one for a play she is auditioning for.

Job B is a headshot for a national cosmetic company, and will be used in over 40 national consumer magazines as well as billboards and POP (point of purchase) displays nationwide.

Both are headshots. The photographer will spend approximately the same time shooting both. The model for the cosmetic company will have more support needs, but the lighting, attention to detail and end product will be virtually the same.

The model headshot will bill $350.

The cosmetic company headshot will bill $200,000 – with possible additional fees based on additional usage.

The value of the image to each client is exactly as it should be. The model will never value the headshot at a quarter million as the result will not cover that expense. The ad agency / cosmetic company will be thrilled that for only $200K they were able to bring in 4.8% more revenue ($9,000,000) in the following quarter.

Imagine if the photographers had used a CODB and found that the price was somewhere in the $100 – $300 an hour range.

Do YOU think that they should have charged the same amount? I hope not.

BTW, I should mention that I am also not in favor of emerging and beginning photographers shooting at less of a rate than established photographers. If the image has value to the customer, it makes no difference how long the photographer has been in business. The image either works or it doesn’t.

Charge a competitive rate or shoot it for free as a gift. Lowering the price for a given shot brings the average down for all of the shooters and makes it harder to bid at a good, and fair rate next time.

Of course all of this means we need to have some dialog on the value of what we do, and how we help our case when bidding. If the CODB model is insufficient, what would take its place?

Value. The value that clients put on their imagery and the value we place on our own work. And that takes research. And knowledge. And a good bit of guts. The guts it takes to realize that all clients are not our clients.

If we bid a gig, and the client balks at the price we have only two paths to take. We can throw our hands up and ask them what they are willing to pay, or we can understand that they are not our client and are not looking for what we do. I will always go the second way. (I have gone the first, and surprisingly it never worked out… sigh.)

Trying to explain to them how much it costs to be a photographer, and listing the price of our gear and telling them how bad the economic landscape is for commercial photographers is simply NOT an option. It demeans the business of photography, and it demeans ourselves.

We have set a value on our work based on research and knowledge, and are very comfortable with that rate. The client has set a value on the work they are looking to get, and what that work will do for them.

Negotiate, sure. Of course you can negotiate. But if you are quoting $2,000 and they are asking for a $200 fee, there is simply no middle ground. Move on to the next bid, and wish them luck, sincerely. They were not a fit for you, nor you for them.

Pricing is the biggest challenge we all meet in this crazy industry. Approaching it from the value aspect is far simpler than trying to guess what they are “willing to pay” or finding our fee on a calculator built for a different purpose.

About the author: Don Giannatti is a photographer, designer, and writer who has never owned a Subaru or an Escalade. He once owned a PT Cruiser, but that it a long and tortured story not fit for telling without a few beers. He lives and works in Phoenix, Arizona, and prefers Mexican food to anything else. In fact, there may not be anything else. You can visit his website here and his online portfolio here

Revisiting the Case of the Wedding Photographer Threatened with a $300,000 Lawsuit