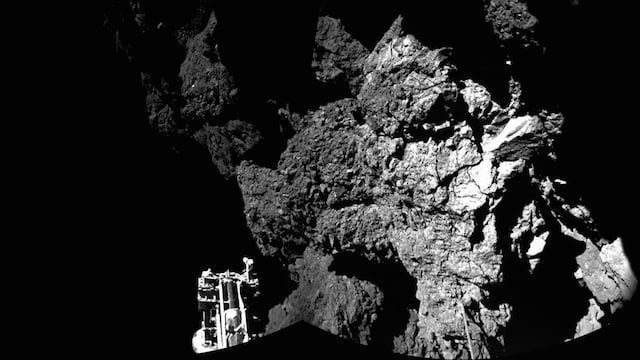 Actually, what it sent down was this 360-degree panorama (shot from above) made up of multiple images taken by its CIVA-P imaging system (click the photo for full res): 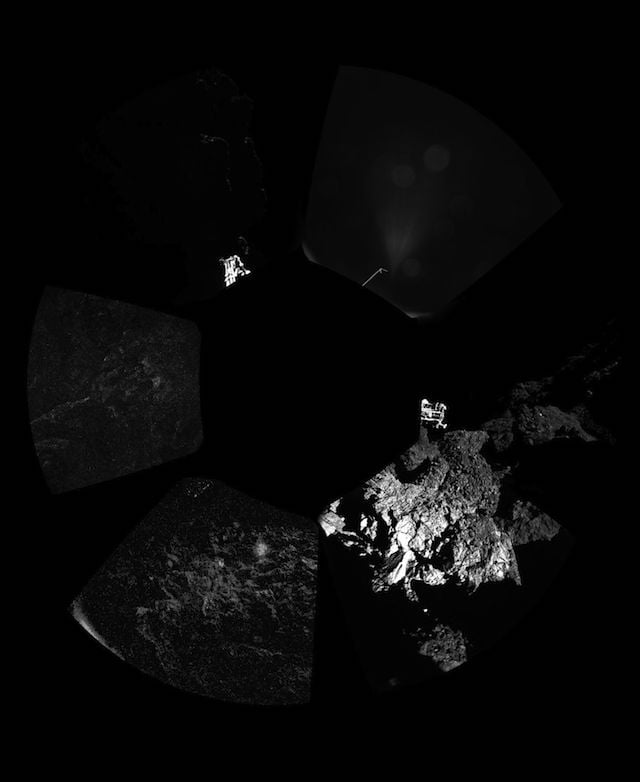 Philae’s 3 feet can be seen in different parts of the photograph, but, sadly, because the harpoon system meant to anchor Philae to the comet’s surface failed, the lander ended up bouncing into a shadowy section of the comet’s surface inside a crater, a full kilometer away from the intended landing spot.

The ESA also posted a version of the panorama with Philae digitally inserted back in for reference: 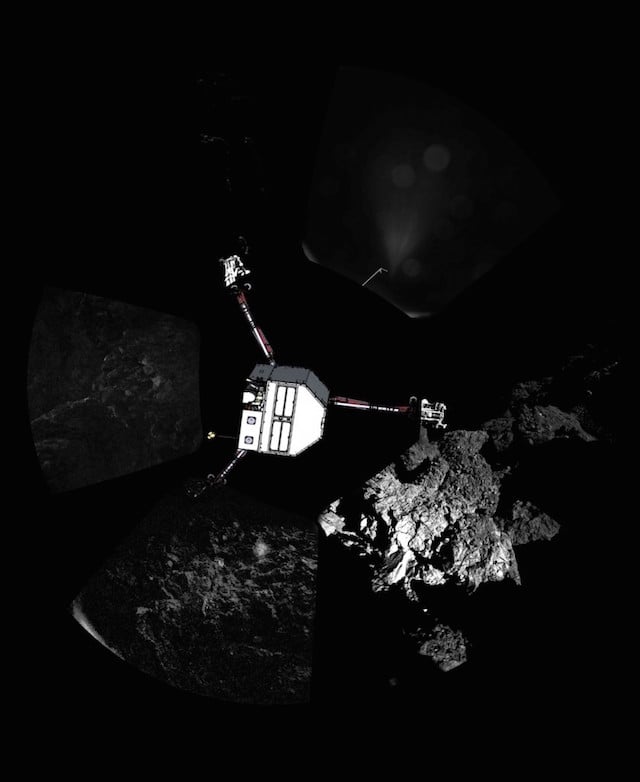 That’s all we have for now, and it’s possible it’s all we’ll get for a bit. Having ended up in a dark spot, there’s not much sun hitting Philae’s solar panels so the ESA has to conserve energy and prioritize experiment . As the comet spins and Philae receives more sun over the coming weeks more experiments will proceed.

Already a lot of data is coming in, and the ESA is supposedly looking into how to best right the lander. You can keep up with updates on the Rosetta website or by following the Rosetta Mission Twitter feed.

Why I Went Mirrorless and Switched from Canon to Fuji: A Detailed Exploration