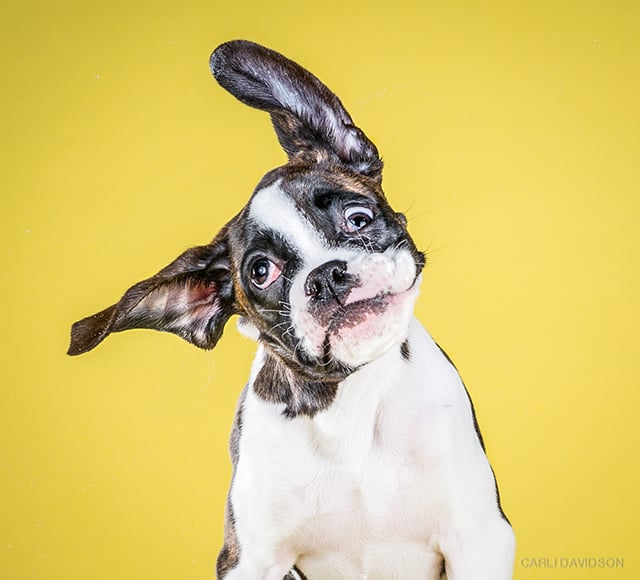 There’s a rule of thumb when it comes to viral dog photography: what’s cute with dogs is going to be twice as cute when you shrink your subjects down to puppies.

Photographer Seth Casteel did it with Underwater Dogs and the sequel Underwater Puppies, and we are very happy to inform you that animal photographer Carli Davidson recently decided to take her viral SHAKE photos of dogs and create the photo series and book SHAKE Puppies.

These younger portraits actually came about thanks to a suggestion by the best possible team of photo connoisseurs you could have critiquing your work: second graders. Davidson says she was showing off the series to her friend’s second grade class and, when she asked for feedback, they had two words for her: puppies and colors.

She also writes that she was, “drawn to the idea of surrounding myself with puppies.” And while you might think she’s not being literal, think again: 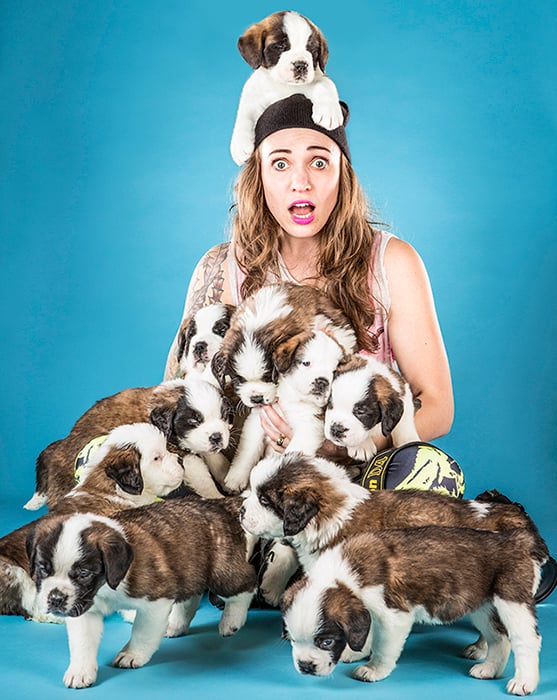 We actually got a chance to catch up with Davidson and ask her to fill us in on the technical details of the shoot. She tells us,

I used a Nikon D4 shooting 10fps to capture as many shake photos as I could and edited down to my two favorite, which was not always easy… I shot most of these with a 105mm macro lens. I love that lens for portraits of little animals and I never have to stress about getting too close to the subject for focus :)

Other gear that helped me finalize these were a Wacom Intuos and Cintiq to get all the nitty gritty retouching done, the Adobe suite — I use LR for file organization, retouch in PS and lay out / design the books in ID before delivering them to HarperCollins.

Oh! And of course, the most important tools in my arsenal: a ton of paper towels and Nature’s Miracle!

Here’s a look at the results of all those ‘accidents’ and the few pictures Carli managed to capture in-between: 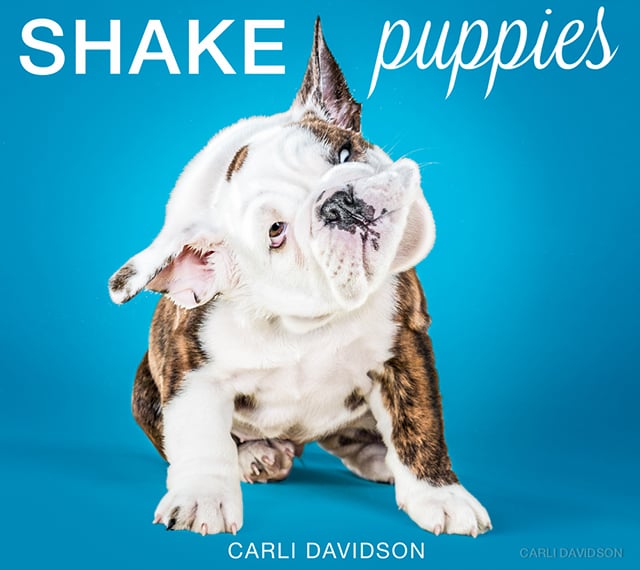 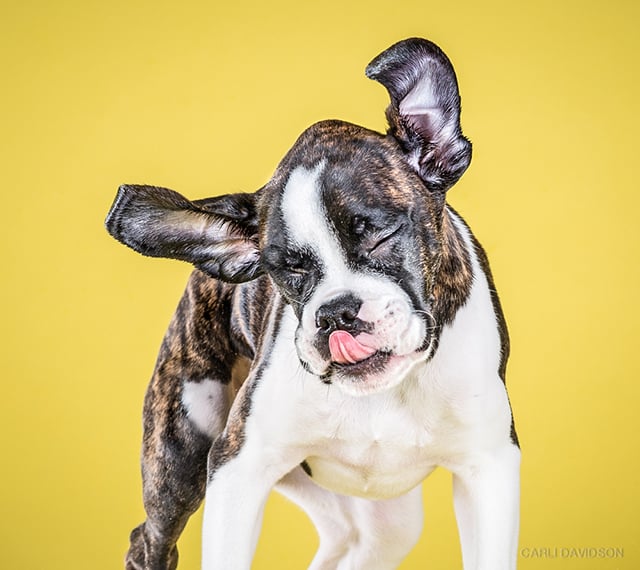 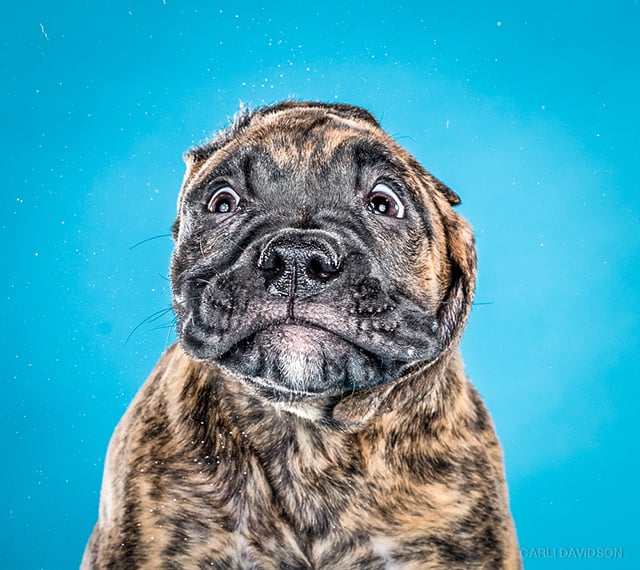 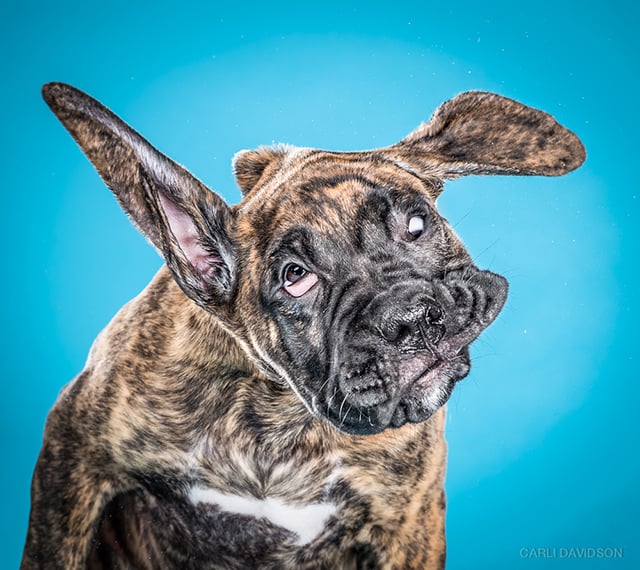 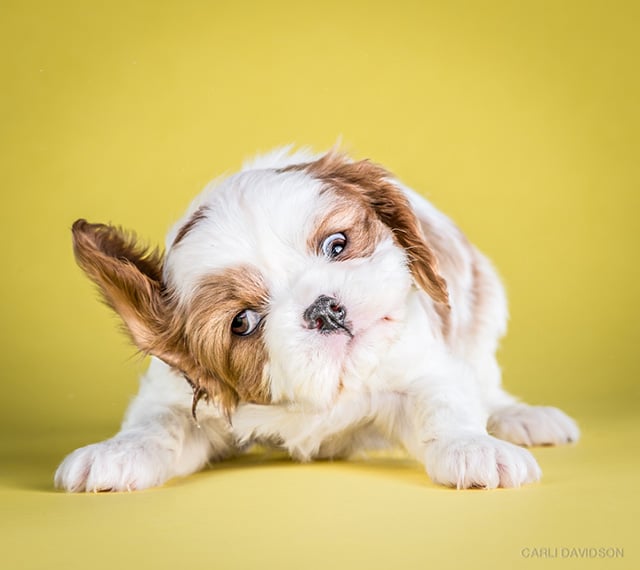 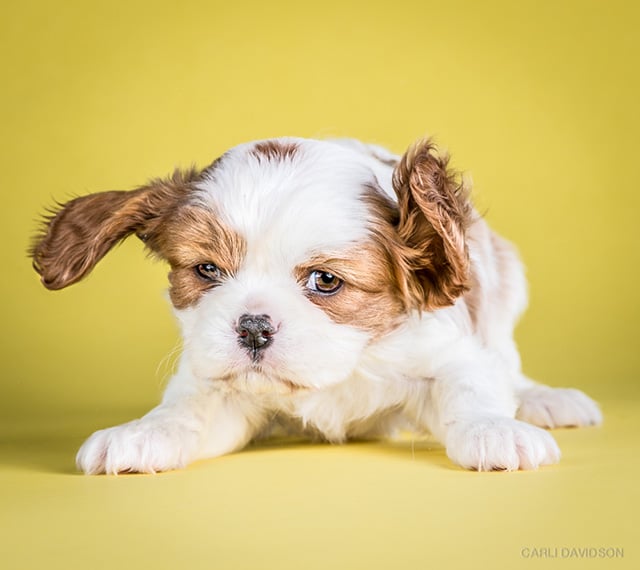 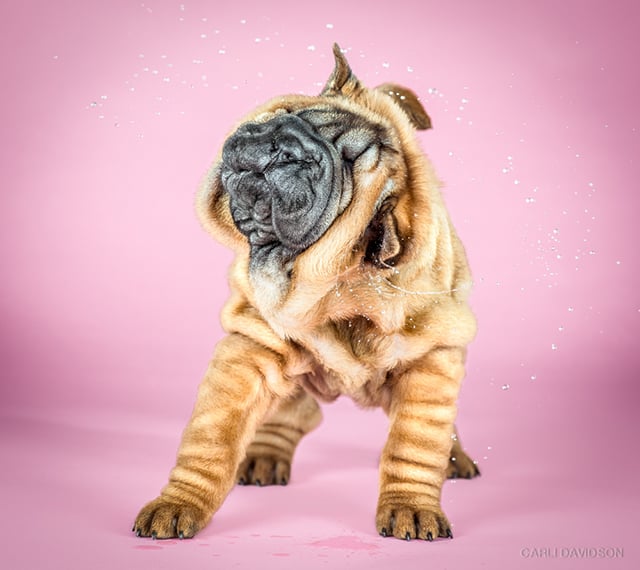 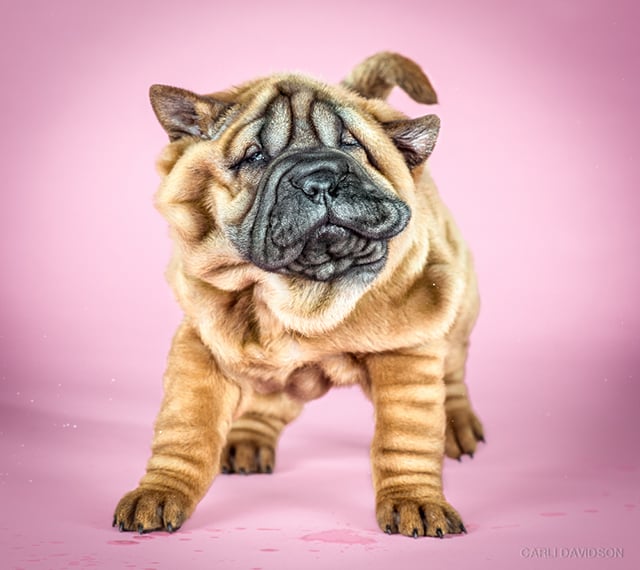 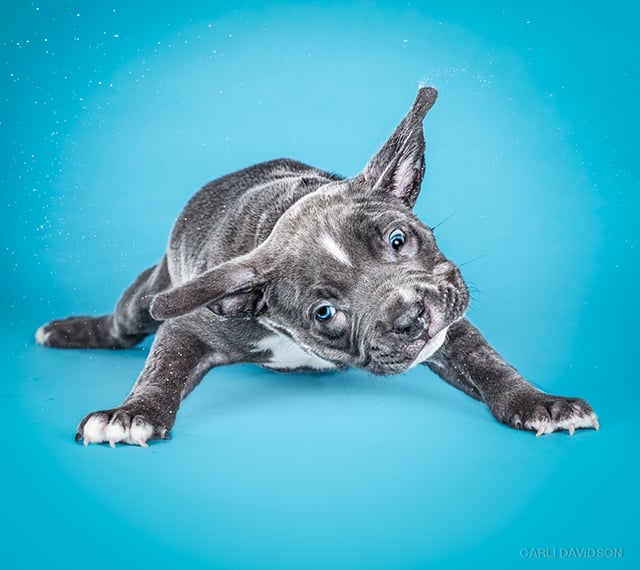 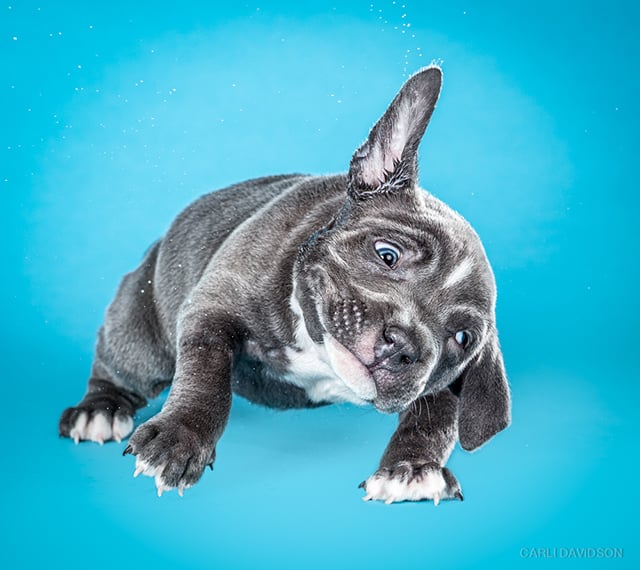 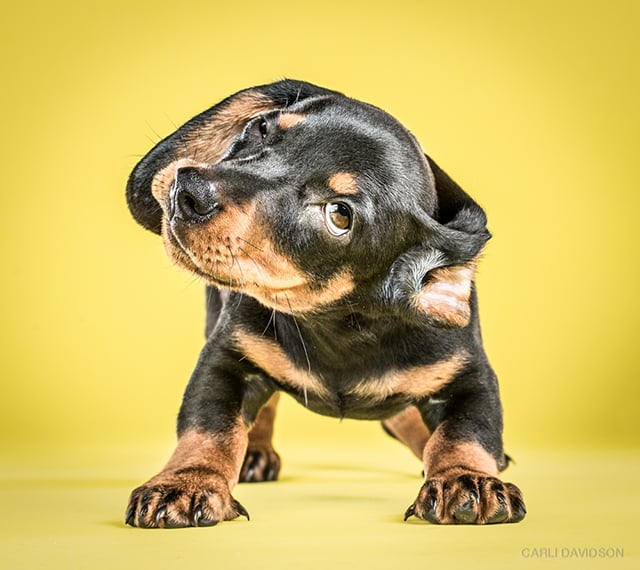 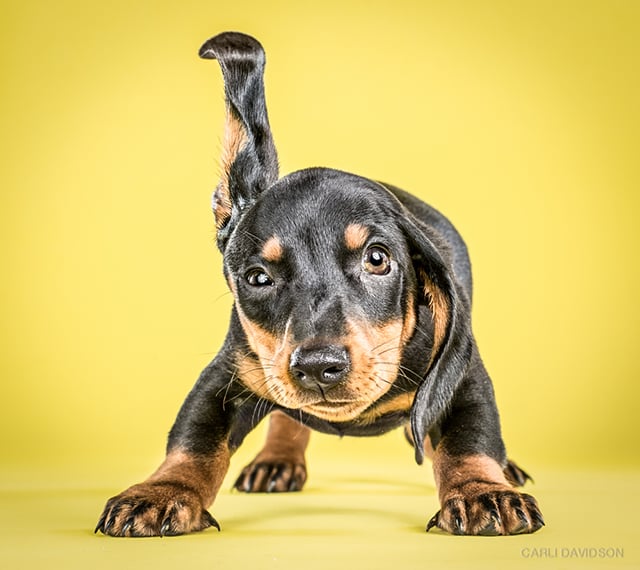 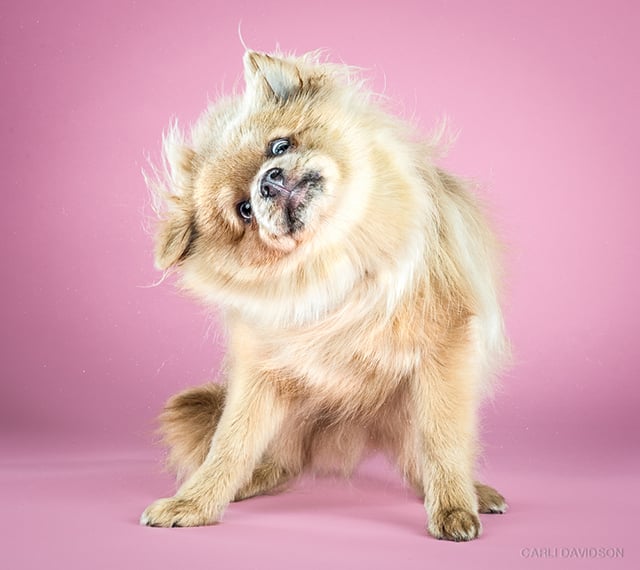 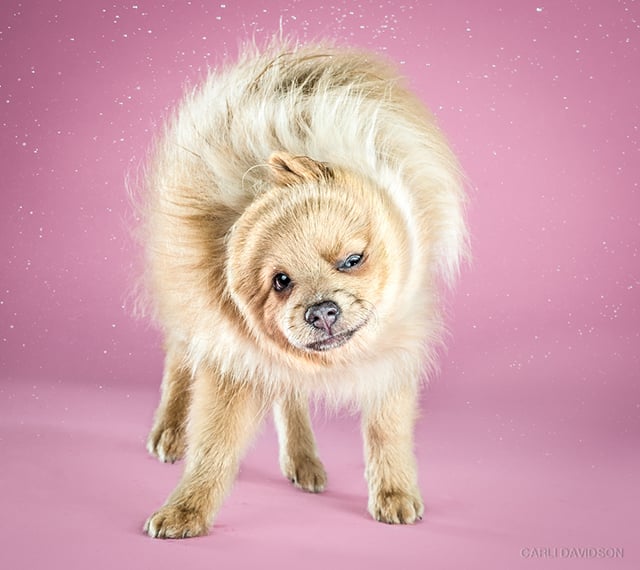 In all, Davidson photographed some 100 puppies for the book, which contains photos of about 70 of them. She also reveals that she played ‘animal family therapist’ a lot during the time spent shooting, giving out trainers’ names and book recommendations, and overall just making sure that each of the puppies she was photographing that were in need of rescue found happy forever homes.

But wait! There’s more! As has been the case in the past, Davidson didn’t stop at shooting photos. In addition to the adorable images above, she also captured a time-lapse of one of her subjects from age 1 day to age 8 weeks:

And, you should have definitely seen this one coming: Puppies Shake in slow motion!

Our sincerest apologies to anybody who is now suffering from cuteness overload, but take comfort in the fact that you’re not alone.

Image credits: Photographs by Carli Davidson and used with permission

How I Built a Huge Gigapixel Panoramic Robot