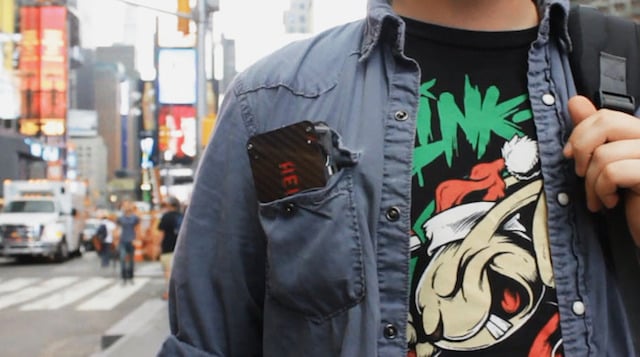 If you’ve been waiting to get your hands on a camera-capable drone but lack the funds and willpower to lug the device around are stopping you, an upcoming product from AeriCam might be a great fit.

It’s called the Anura and is a pocket-sized drone that folds up to the size of a couple of iPhone 6s stacked on top of each other. 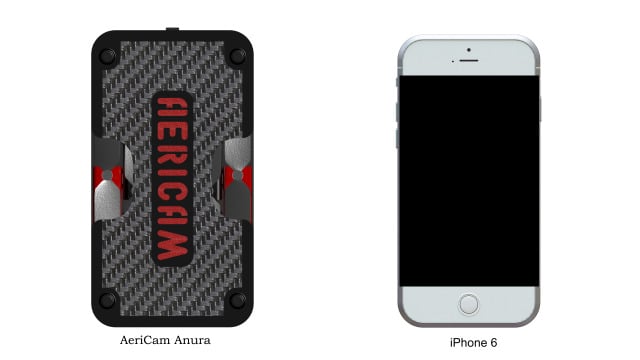 Anura is designed to work with both Android and iOS smartphones. Using a dedicated app, your smartphone acts as both the live view screen for the onboard camera, as well as the remote control for the device.

The onboard camera isn’t an overly-impressive one by any means, only capable of capturing video at 340×288 resolution… and the battery is also underwhelming, coming in at roughly 12–16 minutes of flight time. But honestly, we weren’t expecting a 5D Mark III at this size.

If the campaign manages to sell a minimum of 1,000 Anuras, AeriCam promises to add additional features including: auto-takeoff, auto-land, return home and follow phone functions.

The device is currently on Kickstarter, where it’s already raised over 60% of its $100k goal with 53 days of funding left. And while the ‘early bird’ specials are already gone, backers can still get the Anura for $200 — a full $75 cheaper than what the device will eventually retail for.

The devices are set to start mass-production by March of 2015, with the first backers receiving their Anuras in April. If you’d like to secure your pledge or take a closer look, head on over to the Kickstarter campaign by clicking here.