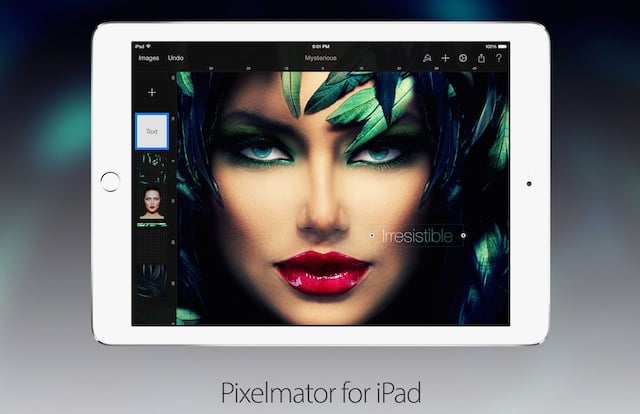 Pixelmator has long been around on the desktop, finding its niche as a much more affordable (albeit less-polished) version of Adobe Photoshop. But starting this week, its life as a desktop-only app is over. Now, Pixelmator has officially arrived on the iPad as well.

The app, which features a non-destructive workflow, was first introduced last week when Apple showed off its newest iPad offerings. The app was built from scratch and specifically designed to utilize the hardware in iPads to ensure every bit of processing power can be pulled out of the devices. 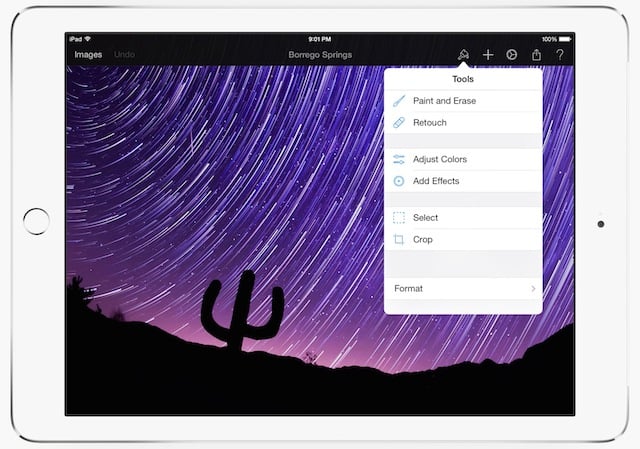 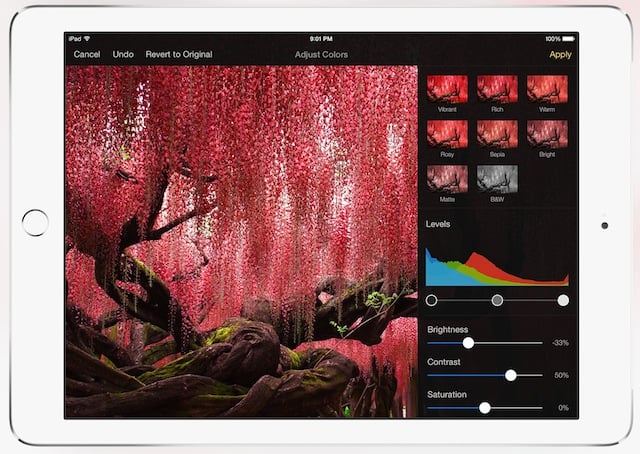 What is most interesting about the app, though, is the intriguing interface. Considering it was built specifically with the iPad in mind, Pixelmator has turned what could easily have been a disaster for users into a rather streamlined workflow.

Rather than presenting all of the options for editing an image at once, Pixelmator for iPad works in a single mode at a time, effectively adding layers to adjust, retouch or otherwise tweak your image step-by-step.

Here’s a quick look at the app in action:

As with its desktop counterpart, Pixelmator for iPad is designed to be an easier-to-use and less expensive alternative to Adobe’s offerings. Compared to the $10 Photoshop Touch app, Pixelmator for iPad comes in at only $5 on the app store, and features a far different UI that could appeal to those who don’t mind straying from the norm to speed things up.